Following the release of their upcoming album ‘Failed Entertainment’, we spoke to Fury about their new music! 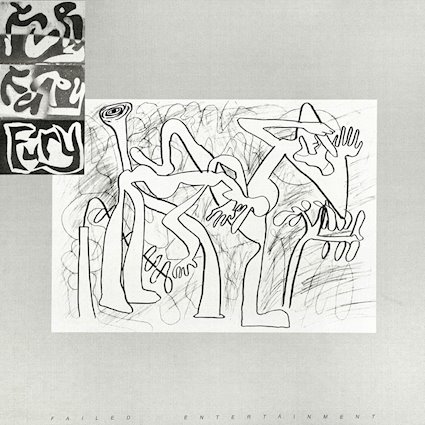 How are you feeling about the release of ‘Failed Entertainment’?

I’m feeling content about the release. We didn’t compromise on any choices and I think we did everything as logically as possible considering our circumstances.

You’ve received tonnes of praise about the album, how does that all make you feel?

I try not to put too much weight on it. I think people who say it’s terrible or say it’s this monumental thing are both off the mark.

I think it’s an honest record that was made with care and it’s a miracle to hear from friends and people I don’t know have nice things to say.

As much as I don’t want to be swayed by critique (good or bad), it’s encouraging to hear the nice things and it helps in its own unique way.

We recorded at our guitarist Madison’s studio (Paradise Records) in Anaheim, CA just like we did with Paramount. The difference this time around was we recorded a big portion of it to analogue tape as well as having help from Andrew Oswald for drum recording, Jack Endino with mixing, and Dave Gardner with mastering.

Our influences were all over the place. From Sabbath to Seaweed to Sex Pistols to Steve Miller Band. Johnny Ramone and CP3 obviously too. The writing process was the same as usual. Madison will flesh out riffs and chord progressions and then the rest of the guys build from there. I’ll take the song after they’re done and fit my way in.

Which is your favourite song on the album?

Is that also the song that you’re most excited to play live, and if not, what is?

I love playing it live but my favourite right now is Crazy Horses Run Free. We’ve been playing it for the first time on this tour and tomorrow we’ll get to play it proper with Jacob from Skourge/Dress Code/Narrow Head who did the harmonies with me on the recorded song.

Are you touring this summer or playing any festivals?

We’re on tour right now with Diztort and also Wild Side on about 1/3rd of the tour until the 30th. We play Sound and Fury in LA on the 12th of July.

Do you think you’ll take a break from writing now or are you eager to get back to it?

I’m not eager to get to writing at the moment, but it’s always lurking in the corner…

‘Failed Entertainment‘ is available to buy and stream now!