I sat down with Brian Sella of The Front Bottoms at 2000 Trees to talk about playing festivals, supporting Blink 182 and a new album. You’ve only just arrived but what are your first impressions of the festival? We kinda just stepped off the bus and saw the woods and the stages and stuff. But […] 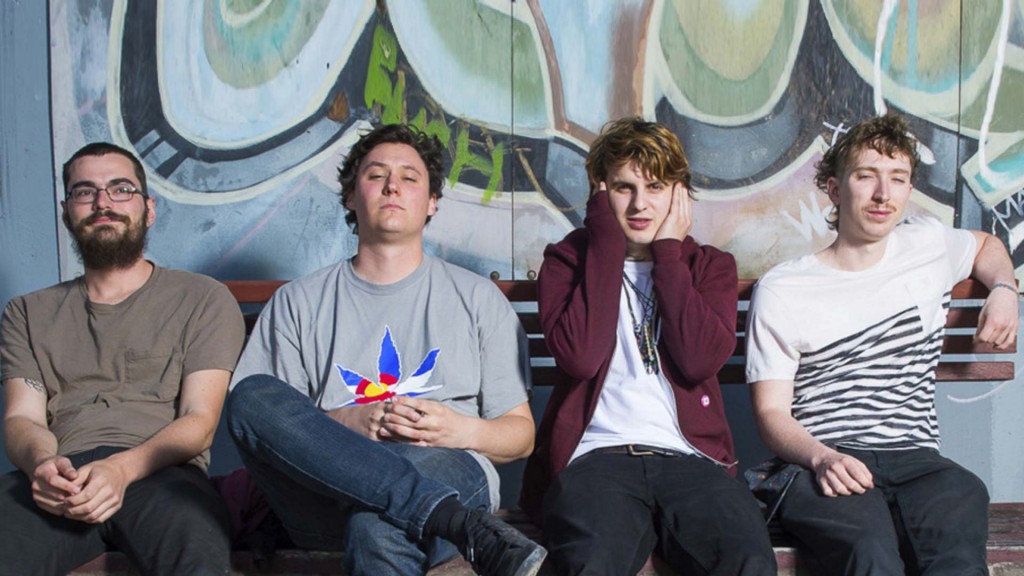 I sat down with Brian Sella of The Front Bottoms at 2000 Trees to talk about playing festivals, supporting Blink 182 and a new album.

You’ve only just arrived but what are your first impressions of the festival?

We kinda just stepped off the bus and saw the woods and the stages and stuff. But a lot of people have described this festival as really chill and I’m good with that.

How do you think something like this compares to American festivals?

You’re the only American band to play the main stage this year, how do you approach something like that, is there any added pressure?

I don’t know, we just kinda go up there and have fun. On the tour we’re doing right now we only get half an hour so tonight we get 45 minutes. We can play a few more songs.

I saw you on your previous UK headline tour, with Gnarwolves and Apologies, I Have None, what’s it like to be back?

This is one of the reasons I love festivals. Just meeting all the friends you’ve made on the road, who you don’t get to see much outside of those tours. It’s awesome to be able to catch up with everyone.

You’re currently on tour with Blink-182, what’s that been like, playing on an interesting bill and in venues of that size?

It’s been insane. Last night there was 15,000 people. We play first so play to half the crowd, which is still fucking awesome. And those guys (Blink) are legends, I mean I grew up listening to those guys. It’s been an incredible experience.

Did you find it weird playing to an audience who aren’t the typical fans of your style of music?

Not really. The audience doesn’t really know us so we see it as an opportunity to make new fans. It’s not really pressure. By the end of the set as long as I can get a few people smiling then the shows a success.

You sit in quite a unique position as a band where you sit between a few genres, what’s that been like?

We didn’t plan it out like that. It just kinda came together pretty nice. When we were younger we played in a l

ot of hardcore bands, we basically just wanted to play shows. Any community that was accepting to us we joined.

Do you think that may have influenced your style slightly?

Definitely. There was a lack of a defining structure in these communities. People just saw us, and still see us as just The Front Bottoms.

You released Back On Top almost two years ago now, what’s it been like touring over those last 2 years?

It’s been non-stop fucking touring. It’s always felt like a success, just like anything we release, but this I have to say the crowds definitely jumped up.

You sold out Kentish Town Forum on your last tour here, what was that like?

It was great. We bought these two punk (Gnarwolves and Apologies) bands to play this big time show. It was nice to play a show with people we like to hang out with and have toured with. Our style is a little wacky so to pack a huge venue is a huge success.

What does the rest of 2017 hold of The Front Bottoms?

We’ve got a new album. And then we’ll hit the road again.

How does the new album compare to previous work?

It’s different, it’s nuts. Our last album was produced and so is this one. But with our last one we went out to California for a month and recorded with this older guy, and I thought the experience fucking sucked. And this time I said I’m not doing that again. So I found this guy I liked and 3 days at a time I would go and work on songs. It felt like a success. Now listening back to the songs, I’m like what the fuck. It’s exciting but it is a new style. I don’t want to say I’m nervous it’s just a bit freaky.

Do you see your crowds changing a bit with this new style?

Maybe a little. I feel that people that like us will like this new stuff. I could come out with a country album and people will be like whatever this is cool. For me anyway the songs become what they are when we play them live. What we play on stage are the songs.