Faultlines take on the A-Z challenge!

Brit melodic hardcore quintet Faultlines released their first single Breathe with their revamped line-up earlier this month. We got the band to take on our A-Z challenge so you can find out more about them! A song that made you want to make music? Sie: New Found Glory – Dressed To Kill Beni: Lamb Of […] 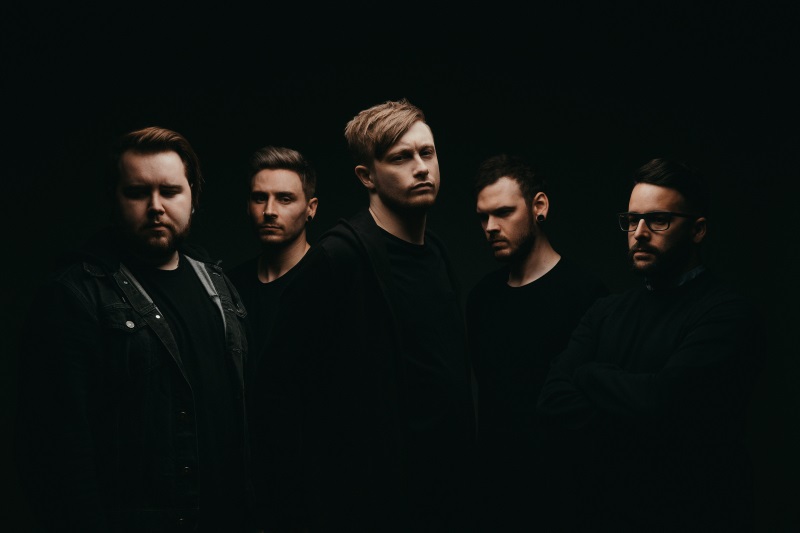 Brit melodic hardcore quintet Faultlines released their first single Breathe with their revamped line-up earlier this month. We got the band to take on our A-Z challenge so you can find out more about them!

Chris: Funeral For A Friend – Roses For The Dead

I don’t know about the best rider, but the most interesting rider included:

4 small tupperwares of cold pasta, half a bag of Doritos with washing line clip, and a bag of smashed of Oreos.

Luckily there was a microwave backstage, but we think something died in it.

Butserfest last year was awesome for us. To look across the stage and see each other smiling and playing the music we love was a great feeling. Especially when we got to play to a packed out tent and even though it was pouring with rain and we got soaked, it was one of the best experiences we got to share as a band.

“I’ll wait for colours to show, so they can see” from our single “Breathe”. In the end, your true colours always shine through for all to see.

Our latest song “Breathe” came together really fast. It helped to have 2 brand new members with lots of energy to bring to the process.

We also had something we wanted to talk about and the music just flowed.

We are currently playing a unreleased new song in our live set, which is great fun to play.

It’s a banger so get yourself down to one of our upcoming shows to hear it first.

Spencer Sotelo from Periphery, he has an insane voice both on record and live.

Also we could do some awesome call and response between him and Ryan.

The best advice I’ve personally every got about being in a band, is to be a people person.

Try your best to communicate in a way that is clear and always talk about problems as soon as possible.

You’re going to meet lots of people along the way from bands to promoters, fans to sound guys and even if you’ve had no sleep and haven’t slept in your own bed for a week. You need to make an effort to be your best self.

Our guitarist Benji once went on the UK quiz show Eggheads.

On long drives in the van we play Foodlebrities, were the idea is to come up with the most food based celebrity names.

For example, a strong contender for the top spot is Tuna Melton John. Also if you can accurately guess how many tinnies Benji’s has sunk before our set you win a prize.

Our Danny Cocaine cd is a prized possession!

Always write from experience. People know when you’re making it up or talking about something you have no knowledge of.

Write music that you’re passionate about playing and you’re proud of.

Take onboard all ideas and don’t get bogged down in one section or lyric. Keep moving and you’ll figure out what the song needs.

We once traveled from Brighton to Scotland to play a show.

Do not do that! We wasted all our fuel money from the other shows and half of the the venues sound system didn’t work.

Ryan: Josh Franceschi – You Me At Six

Dayseeker aren’t a new band but you should definitely check out their latest album.

While She Sleeps would be awesome!

To play Warped Tour would be a dream come true. Especially if someone else is driving.

If you’ve read this far and not listened to our latest single, what are you doing?!? (especially as we’ve included the link on page 1! – ed)

The following dates this July with our good friends InVisions:

Easier to get your music out there now and build a social following online but harder to get people to shows and lots more music to compete with.

Playing live music still gives us the same feeling now, as when we first started playing in bands. So we are still going to want to put stuff out there and perform no matter what.

We make our own laser etched phone cases and screen print our own t-shirts.

We’d love to do an acoustic version of Breathe or do something really crazy like a dubstep dance remix for the laugh.

Fans mean a lot to us, nobody has to listen to our music or come out and support us.

We’ve made some amazing friends through this band who started out as fans who just enjoyed our music.

Treat your fans with respect because as music lovers ourselves, we are fans of other bands and we’d want to be treated with respect if we met them.

We once shot a music video from 10am till 10pm whilst our drummer had a dislocated shoulder.

He was not a happy lad! But the show must go on.

Cotton Top Tamarin, google them and that’s what our hair looks like after a show.