FALLEN TO FLUX TAKE ON THE A-Z QUESTIONNAIRE CHALLENGE 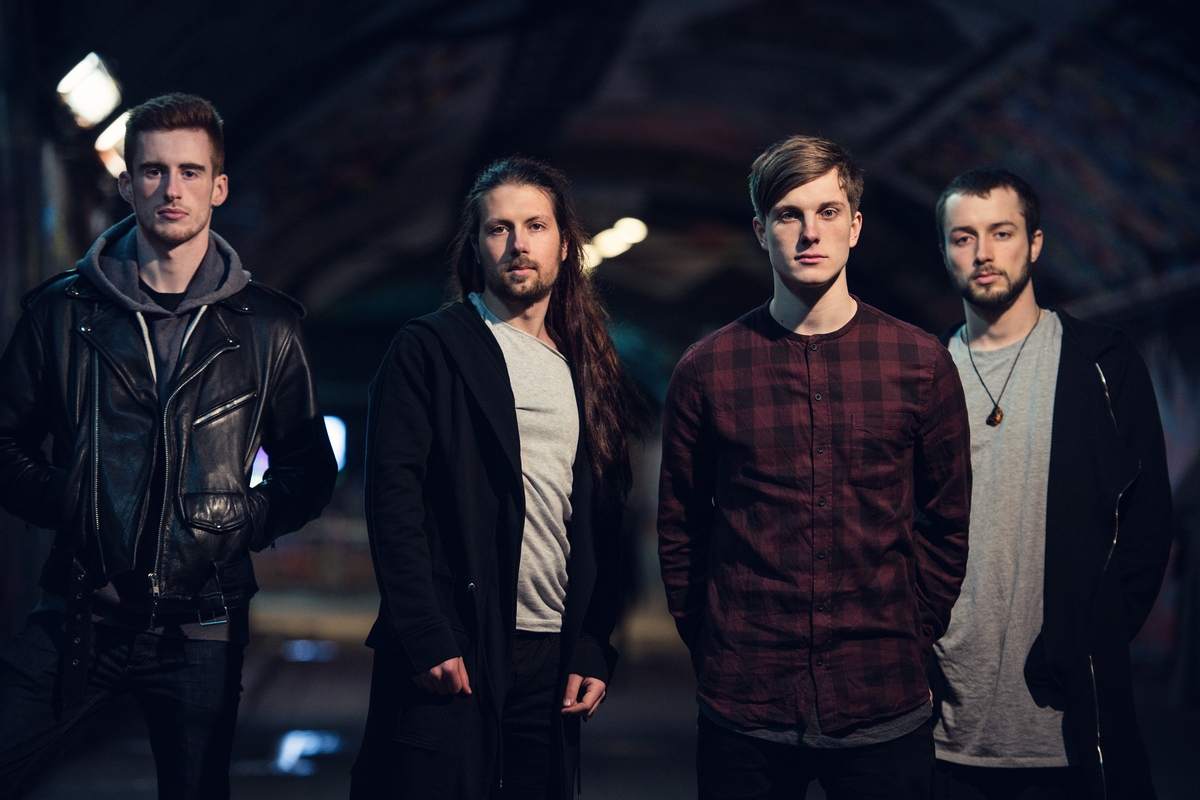 Born in 2012, Fallen To Flux swiftly dropped their debut EP Piece By Piece, which was followed with their first tour. The release and tour provided a solid base for the emerging rock combo. The quartet then spent the next two years working together on last year’s From The Outside, Looking In EP. The record, showcasing a more developed approach to songwriting fused with a widespread appeal, saw London’s O2 Academy2 completely packed out at the EP launch show. A debut festival appearance at Camden Rocks 2015, and a second UK tour shortly after, only served to expand the crew’s dedicated fan-base right throughout Great Britain.

Check out there lyrical video for Anchored below:

Oli Clipsham – Tears Don’t Fall by Bullet For My Valentine! The rush I got hearing the intro for the first time is a feeling I’ll never forget.

Björn Gugu – I started writing music before I played guitar. I can clearly remember the piano intro of “Where Dragons Rule” by Dragonforce being the trigger.

Oli Clipsham – A single, large crate of beer… what could beat it?

Oli Clipsham  – Bjoern managing to headbang his hair into the tuning pegs of my guitar mid-set. A member of the audience had to come up and detangle us during one of the guitar solos!

Oli Clipsham  – “We sell our souls to the highest bid / And we encounter more thieves than we know” is my personal favourite! It features on the song “Drifting”, off our upcoming debut album.

Oli Clipsham – “Razor’s Edge”, another one off the album, just flowed straight out. Most of our songs go through many rounds of changes, but this one has stayed pretty much the same. A pure and simple tune!

Oli Clipsham – I’ve always really enjoyed playing “Living With the Pain” – it’s a great one for getting the crowd involved and the lyrics still get me emotional (in a good way!!)

Oli Clipsham  – I’d love to try something a bit heavier at some point, maybe get a really raw vocalist like Caleb Schomo or Loz Taylor

Oli Clipsham  – Three of us have a Master’s degree in science!

Oli Clipsham – Greetings that are too rude to write here…

Oli Clipsham – Considering the song as a whole, rather than just a sequence of cool sounding bits

Björn Gugu – Understand what the role of each instrument is and look past the horizon of your chosen performance instrument. You will learn incredible things from other disciplines and will be more effective in incorporating new influences in your music (i.e. you’ll be inspired more often)

Oli Clipsham  – Probably our show last summer up in Glasgow, travelled up from London over a couple of days

Oli Clipsham – Matt Bellamy! He just writes the most ridiculously varied yet always incredible music, and is also one of the most engaging singer/guitarist frontmen I’ve ever seen. He may not speak to the crowd much, but his energy is incredible.

Björn Gugu – Haken – It’s not necessarily the most easily digestible music, but once you get into it you won’t be able to put it down.

Oli Clipsham  – Bullet for my Valentine

Björn Gugu – We Butter the Bread with Butter; Excrementory Grindfuckers

Oli Clipsham  – Ish! I think the opportunities that are available for new bands now are fantastic given stuff like the internet. There’s always something to be said for the richness in old recordings of bands like The Beatles!

Björn Gugu – We have access to so much music all the time and it’s cheaper than ever to make music. I’m generally optimistic about the future, but I can see so many good things about today’s music that are usually overlooked.

Oli Clipsham – Our fans push us to keep creating better and better music, they show us the support that we need to keep driving towards our ambitions, they turn up at shows in weird and wonderful places to show us that they care about our music… those things make them the most special group of people that we know!

Oli Clipsham  – Nothing yet *touches everything wooden*