The Faim take on our A-Z challenge!

Following the release of the incredibly anthemic single ‘Saints of the Sinners‘ and the announcement of them joining the Slam Dunk 2018 line-up, we asked The Faim‘s guitarist/bassist/vocalist Michael Bono to tell us more about themselves using our A-Z challenge! A SONG WHICH MADE YOU WANT TO MAKE MUSIC: American Idiot – Green Day BEST RIDER YOU […] 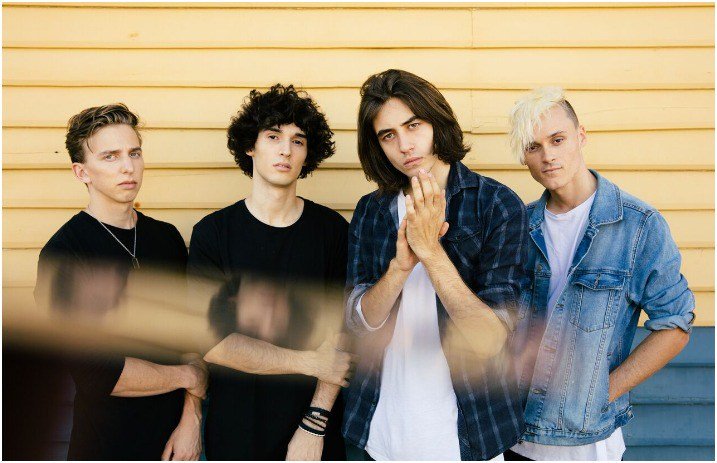 Following the release of the incredibly anthemic single ‘Saints of the Sinners‘ and the announcement of them joining the Slam Dunk 2018 line-up, we asked The Faim‘s guitarist/bassist/vocalist Michael Bono to tell us more about themselves using our A-Z challenge!

The best rider we had was definitely free accommodation along with free drinks at the Civic Hotel in Perth, which eventuated into a very memorable after party!

Receiving the initial email from John Feldmann‘s assistant about potential work opportunities back in late 2016 was definitely the craziest moment!

“Lost boys try to find a way, gold boys keep the dreams away” – Saints of the Sinners

The song we wrote with Ashton Irwin – The writing flowed really well from the very first moment and the song was complete before we knew it.

The song we wrote coming back from our first trip to LA – It sounds huge when translated into a live setting and I love the raw emotion of the song.

Starting off is definitely the hardest part of being in a band as you have little to no experience in the industry, you have to figure out how to develop your fanbase and also find your sound.

Having a clear concept and strong melodies.

Only 50 minutes from our home since we’ve never played a show outside our hometown, haha.

5 Seconds of Summer have been a huge inspiration to me, especially when starting off in the band. They’re four mates from high school who have made their mark in the industry in such a short time. That gave me the drive to push forward in the band as I would think, “If they can do it, why can’t we?”

Twenty One Pilots would definitely be the dream band to play with!

Reach for the sky, it’s never too high.

Saints of the Sinners is about making your mark in world. The title represents the youth fuelled rebellion in all of us that wants to be heard.

Music is always evolving which makes it very hard to judge whether either era of music is better or worse than the other. All eras of music have their best and worst moments.

I’ve seen KISS release their own coffins and ‘Kondoms’ which you could say is quite unusual.

Stripping our songs back into their rawest of forms.

Our fans mean the world to us. Without them we wouldn’t be in the position that we are in now, and their continued support is what drives us to make the most of every opportunity we’re given. They’re our family.

I fractured my wrist in the very early stages of the band, which resulted in deferring my studies and taking on the band full time.

Mine, because I’m probably eating.

A Wolf, because we stick together like a pack through everything we do.