Everyone and Anyone on their new music!

On the cusp of the release of their new EP, ‘Anything Worth Having‘, we caught up with Everyone and Anyone‘s frontman, Rob! How did you decide on your jurassic park-themed logo? We’re all huge fans of the Jurassic Park movies and the artwork for our new record features a dinosaur in a Hawaiian shirt so […] 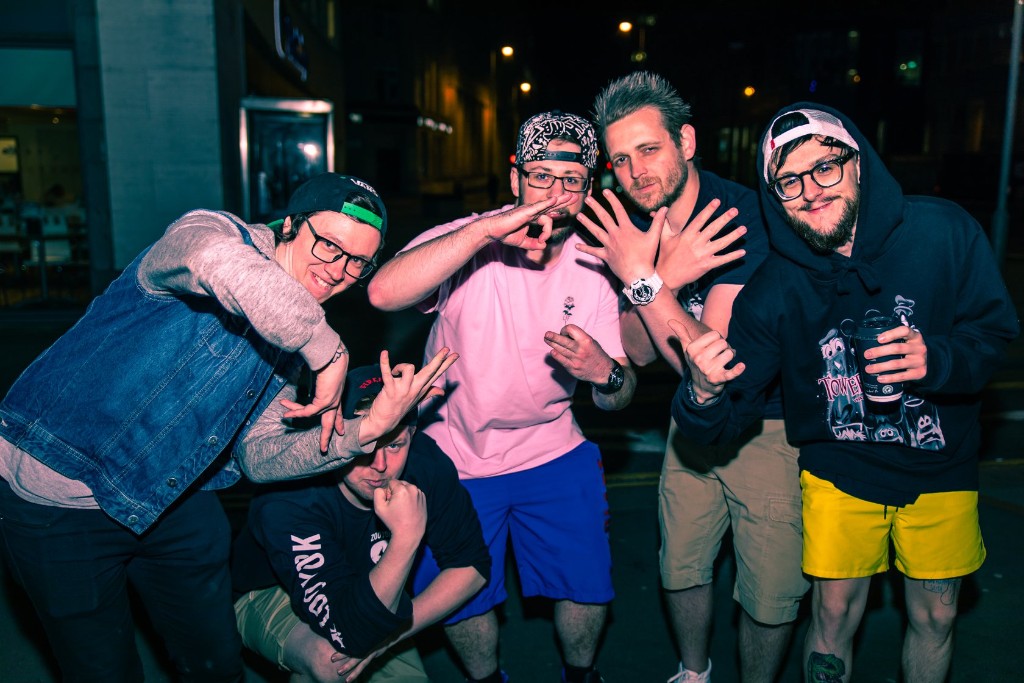 On the cusp of the release of their new EP, ‘Anything Worth Having‘, we caught up with Everyone and Anyone‘s frontman, Rob!

How did you decide on your jurassic park-themed logo?

We’re all huge fans of the Jurassic Park movies and the artwork for our new record features a dinosaur in a Hawaiian shirt so it was only a matter of time before the two worlds combined!

Are you excited to tour with High Visions?

Yeah for sure! We met bassist/vocalist Zyggy at a show we were playing in Leeds and we got chatting and they were kind enough to offer to have us on their tour. Really excited to see them live on the tour I’ve heard great things about them.

Your show in Wrexham looked insane, have your other gigs been this fun?

Yeah it was wild! Wrexham shows are always a bit special for us because it’s where we first started playing bigger shows and it’s essentially become our base for hometown shows. It’s sick because whenever we play Wrexham we know it’s definitely gonna go off and it certainly didn’t disappoint at the release show! We had crowdsurfing on inflatables, an entire song where people sat on the ground and rowed in time to the music, shoulder riding, and some reeeeaaal loud singing. It was definitely a contender for my favourite show we’ve ever played.

We always bring the same energy and enthusiasm to our live shows regardless of where we are and on stage I always remind people that they’re in a safe space and if they wanna get involved we encourage it. We’ve had shows go off all over the country, I think it’s all about having a laugh on stage and cutting out all the bullshit of trying to look cool we’re all here for a good time right?!

What’s your favourite track off the Anything Worth Having EP and why?

That’s a really hard one, I think it’s probably History for me. I’m really proud of some of the vocal work on that track and I think the opening melody is a great start to the EP. However Pushing Daisies is getting a LOT of love from people who’ve been spinning the EP and that’s one Gary and I have been sat on for a while before we decided to put it on this record so the new interest in that has rekindled my appreciation for it.

How has your sound developed from stuff you’ve released before?

To be honest I think we’ve all just gotten better at what we do! We’re a pop punk band through and through and we absolutely love the genre and on this record there’s been stuff we’ve been able to have on it that we’ve wanted before but couldn’t do properly previously.

We stuck to our schedule well in the studio so Neil Kennedy (producer at The Ranch) and I had the opportunity to spend a lot of time trying different harmonies and stuff which was something I’ve always had to rush in the past so that was cool. We’ve also paid much more attention to the psychology etc behind songwriting and everything that happens on this record happens for a reason so we’re very proud of that.

How has baby Daniel been as your new merch guy?

Baby Daniel is killing it! His hands are still a little too small to hold as big a wad of money as I’d like but I’m sure he’ll get there in the end. His first words were “sorry bro I’m all out of XL” so he’s taking to the role like a duck to water!