Elida Inman of Team Me Interview

Brad had a chat with multi-talented and Team Me member Elida and spoke about…lots! 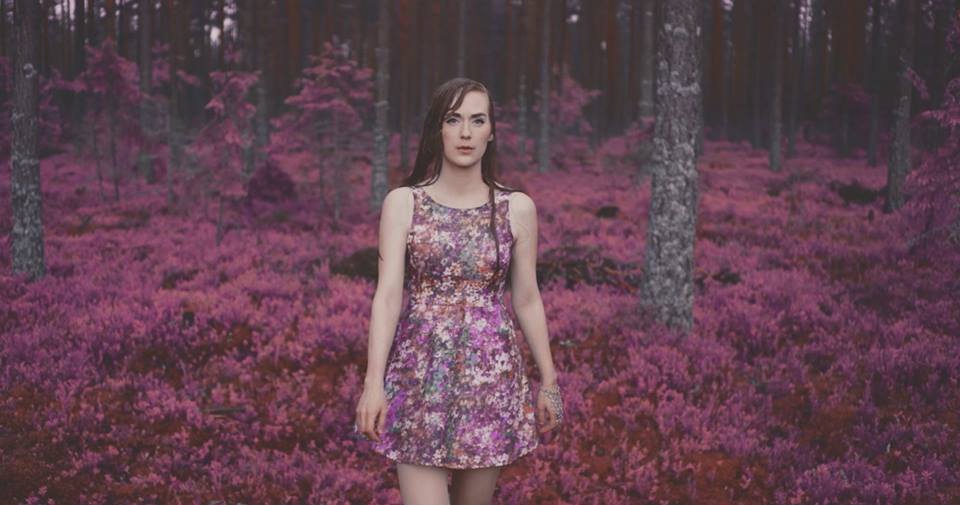 I first saw Team Me back in 2011 when they were opening for The Wombats. Their happiness overload indie brand of power-pop blew me away both musically and with their stage presence…they knew how to have a good time! I actually never caught their name at the gig and it took me about 6 months of humming their song ‘With My Hand Covering Both Of My Eyes’ to finally discover them once again(I thought they were called the A Team!). Once i did, it was a great day because they have taken up a fixed position as one of my most played amongst my music library.

On the back end of last year, Team Me released ‘Blind By Night’ and it’s an album that is a complete step up from the already brilliant ‘To The Treetops!’ which preceded it. In 2015, Team Me have an album to promote and a lot of touring to carry out and I was lucky enough to speak to multi-talented musician and member of Team Me, Elida Inman. Here is our chat:

Hello Elida! How are you today?

How did you first get into music?

I guess I’ve always been into music. As long as I can remember, really. When I was little I used to put on my best dress and go outside to sing to random people out on their morning stroll. I was a weird child.

Well, before Team Me I played in different bands and did some solo stuff. I also studied music for a couple of years. I was playing a concert in Oslo when Marius and Bjarne happened to be there. And for some reason that made Marius call me a couple days later to ask if I wanted to try playing a few songs with Team Me. And after I had done that he called again to ask if I wanted to go on tour with them. I said yes, of course.

It was absolutely crazy! I had one rehersal with the band before I played my first concert with them. I had to learn 11 songs in just a few days. After a couple of shows in Norway we went on a European tour. And then to the US. And then to Japan. It was insane. It still feels a bit unreal when I think about it.

The new album ‘Blind As Night’ is out now, what are your views on the record? is it the band’s best?

That’s a tough one. Um.. I don’t know. In some ways yes. In other ways I think the bands best record has yet to come out. But I really love Blind as Night. For me it represents the band moving on and finally making the second record we were so scared to make. I guess we were a bit worried we would disappoint everyone. Now we’re all just really relieved it has done as well as it has. It’s my first record with Team Me as well, so in that way it will always be special to me.

When Team Me comes up with ideas for songs, where do the ideas come from? is it a collective effort or do different people work on different things?

The first idea for a song usually comes from Marius. After that the band arranges the song together. But on Blind as Night both Simen and Simen have written certain parts of some of the songs, like a brigde or an outro. It is in many ways a collective effort after Marius brings the initial draft of a song.

I saw Team Me in 2011 in Norwich which was with the previous line-up when Team Me supported the Wombats. Is there any plans for a UK tour where you headline?

We are actually headlining two concerts in the UK in just a couple of days. First in Manchester at the Deaf Institute on the 18th of February and then on the 19th at Oslo in London. It’s going to be awesome!

What music is dominating your headphones at the moment Elida?

Do you have any guilty pleasures? …Are any of Team Me secret Justin Bieber Fans?

Haha! Uno is a huge Justin Bieber fan! He even has the DVD and a Justin Bieber coffee mug. And Bjarne absolutely loves everything E-type ever made. He will probably deny it if you confront him with it, but I have seen his iPod.

For someone trying to become a musician, what advice would give them?

Never give up! Believe in your dream, no matter what other people tell you. Just keep on trying. Sounds like a Whitney Houston song, but it’s true.

Lastly, What’s the funnest thing about being in Team Me?

The adventures, travelling and meeting new wonderful people. The concerts (obviously) And of course the fact that I get to experience all of these wonderful things with my best friends. (Don’t tell Marius I said that, he’ll get all cocky about it).

Watch The Video For ‘Blind As Night’ The Title Track For Their New Album: