Elessar take on the A-Z challenge!

2016 saw Gloucester quartet Elessar release their debut EP Reflections and play countless shows across the UK gaining popularity amongst everyone who’s seen them. We asked frontman Ricky Powell to take on our A-Z challenge,have a read and exclusively find out the title of their new forthcoming record! A song that made you want to […] 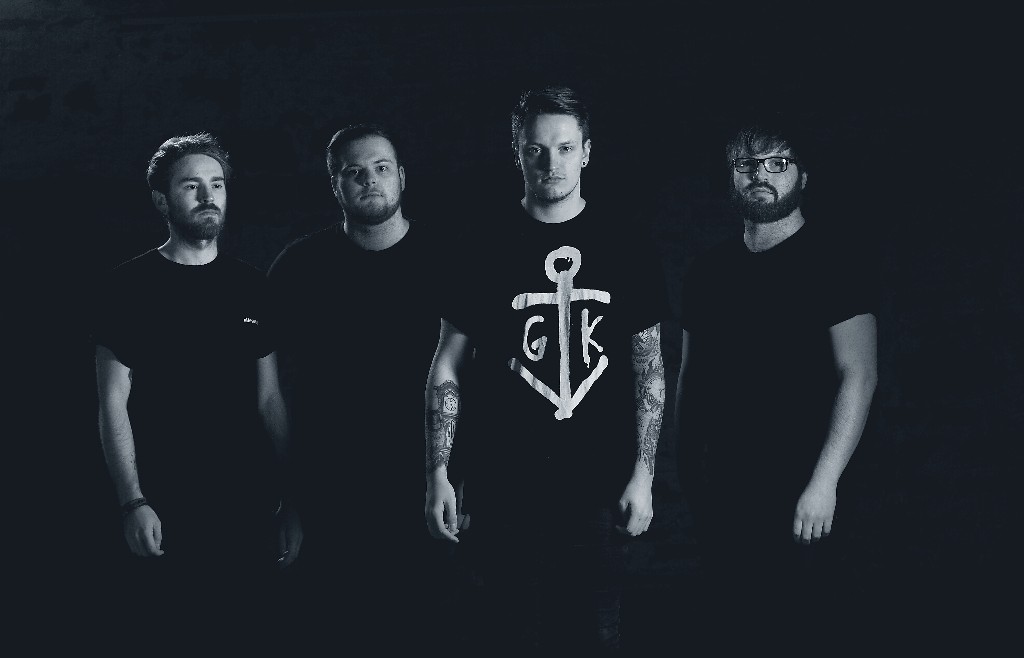 2016 saw Gloucester quartet Elessar release their debut EP Reflections and play countless shows across the UK gaining popularity amongst everyone who’s seen them. We asked frontman Ricky Powell to take on our A-Z challenge,have a read and exclusively find out the title of their new forthcoming record!

Blink 182 – Feeling This, or any track off that album! Gives me such a buzz whenever I listen to it.

It’s rare we get one! But Domino’s is the best so far.. Although we’ve been offered and Indian meal for a festival this summer..

We played a secret show in Devon with our friends Your Illuminations and Speaking In Shadows.. It was crazy! Everyone was drunk, partying, and thanks to us, naked! Haha. I passed out after beer pong and woke up as a human colouring book. Was not pleased!

It doesn’t sound that deep, but ‘I’m feeling the comfort of my own skin‘ (from My Skin) is probably my favourite. I wrote that when I was feeling down about myself, and I hoped to use it to bring other people out of their shell. It’s a positive message, you are who you are!

My Skin, that song seemed to just happen! Everyone was vibing it right away and we had no troubles with it!

Arrogance, people singing that back never fails to make me smile! So much energy and meaning to one song.

Lynn Gunn from PVRIS, her voice is absolutely golden! When she sings, you know who it is.

For me it’s the late nights, fighting writers block and devoting so much time into the running of the band. It can take over your life sometimes. It’s all worth it though!

Jack had an unfinished tattoo on his thigh.. It was supposed to be the pope, eating a goat.. But he couldn’t hack the pain so it remains unfinished! Hahaa

We call Alex ‘The Rhino’. Because he has no spacial awareness or delicate touch what so ever. Forever breaking things with his meaty paws!

Feel it, if you’re not writing about something real to you, it becomes so much harder!

We drove to Hartlepool once, 5 and a half hours, to play to about 15 people that we sold tickets too.. Glasgow is also a close second.

For me it was Tom Delonge, everything he does seemed to catch my attention! Considering how disliked he is..

Halfway To Nowhere, local band in Cheltenham, they’re like 15/16, but fuck! They’re so good! They have new music on the way, check it!

Lower Than Atlantis.. Seeing as we get compared to them so often!

The US! Give me that sunshine and sweaty underground shows..

“Be ambitious, be confident, be yourself!” Rules I live by.

*Exclusive News* our release coming out this year will be called ‘Is This All We Are‘. The songs are about the relationships I’ve experienced in my life, from family and friends, all the way to failed love lives.. It’s a very in depth look into my past!

Sucker Punch Festival! April 8th in Leeds. Going to be a big one! (Tickets here)

100%! It’s too easy for people to over produce everything these days!

We did a ‘candle light’ version of Finding Home once.. It was beautiful! But unfortunately never got released. We do need to experiment more! (petition for this to be released please! – Ed)

Everything. Can’t stress that enough! We are absolutely nothing without the support we have around us! And they’re so loyal too, can always rely on them to pull us through!

Jack almost broke his wrist falling off our van. Turns out it never healed and he struggles playing bass for long periods! Haha

Probably mine.. Always mine. Although I will definitely blame Jack.

Rhino.. Because all we do knock things over and break things.. Haha!

Check out the band’s socials;