Elessar chat to us about their new EP!

Following the premiere of their new single In All Honesty on our site last week, we caught up with Elessar vocalist/guitarist Ricky Powell to talk about the new EP and the all important question of do woodchucks lift… You’ve just announced your new EP Is This All We Are will be released on April 27th. Are you excited […] 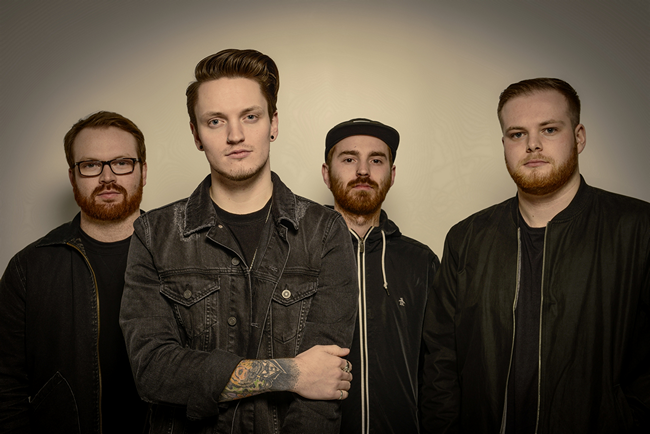 Following the premiere of their new single In All Honesty on our site last week, we caught up with Elessar vocalist/guitarist Ricky Powell to talk about the new EP and the all important question of do woodchucks lift…

You’ve just announced your new EP Is This All We Are will be released on April 27th. Are you excited to finally get it out there?

-Finally being the key word there.. You have no idea how good it feels! We’ve been sat on these songs for so long with all the troubles we went through as a band last year. It’ll definitely be a weight off our chest! The reaction to the singles so far has been awesome too, so of course we’re super excited to see what everyone thinks about the rest of the EP!

Lyrically, the EP sees Elessar in a more honest and open light, can you tell us about the inspiration for the EP?

-The EP is definitely a lot more honest. In the last 5 years or so I’ve been through a lot in my personal life, I’ve changed my perspective on certain things and I’ve also lost a few relationships in that time. Some of which ended worse than others. I guess this record is just a collection of all those things! I wanted to write about things that people can relate to, problems and emotions that most people feel every day. I’d like to say I’ve achieved that!

If you had to pick one track on the EP as a stand-out, which would it be and why?

– I think Saudade is the stand-out track! We’ve never written a song like that before, it’s a slower tempo than you’d expect for a ‘typical Elessar song’, we also went a little bigger on the production side of things while recording. I still remember the feeling I had while writing the lyrics for it, I knew it would be a top track.

Can we expect some tours to support the record?

-Absolutely! We’re currently in talks with someone about a run of shows around mid-May. And a second run towards the end of summer. We’ll be hitting our usual places, but hopefully throwing in one or two new cities too!

We always end with some random questions; you can have any artist, dead or alive, cover any one Elessar song. Who would you pick and what would they cover?

-That would have to be Bonnie Tyler.. Can you imagine?! Those 80’s electro drums thrown in on an Elessar track haha. I think she’d have to cover ‘In All Honesty’ though, then she can smash out those vocals like she did on ‘Holding out for a Hero’. Not gonna’ lie, I might slide in her DM’s, see if she’s busy.

An alien has come down to Earth because they heard Elessar were rad. What song would you suggest they listen to that proves their point?

-First of all, is it just one alien? I’ll tell him to bring the boys down and we’ll throw a party! Give them all the proper Elessar ‘red cup party’ experience. The song choice however, would have to be ‘Half Love’, I think they’d dig the chunky riffs on that track. Maybe even have a little space mosh, who knows?!

-Surely that depends on the size and density of the wood right? And how big is the woodchuck? How much time does he have? Does he lift bro..? There are so many variables on this question I couldn’t possibly answer it for you! But let’s go with 17, 17 pieces of wood.