We caught up with Elegies to talk about their upcoming EP, ‘Daylight Disease’, their views on Spotify and lots more! 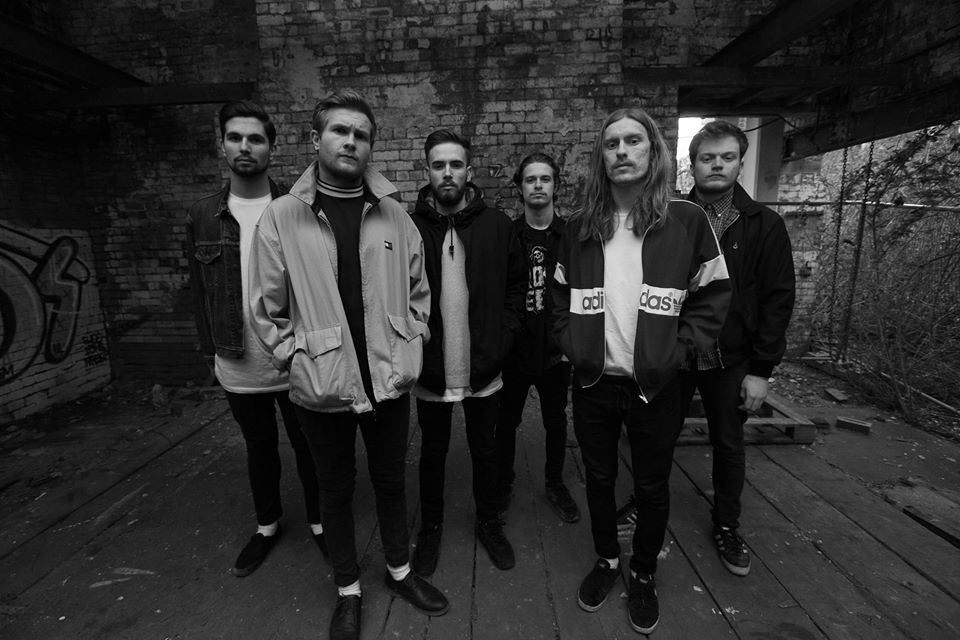 Elegies are a six piece from Sheffield, the Melodic Rockers are on the verge of releasing their new EP ‘Daylight Disease’ that is to be the follow up to their self-titled EP released in 2014. Receiving praise for their ferocious live performances and acclaim for their latest single ‘Throne’. We caught up with Elegies to talk about their upcoming EP, ‘Daylight Disease’, their views on Spotify and lots more!

Hello Elegies Let’s begin with an introduction to yourselves so who are ‘Elegies’?

We are a 6 piece band from the Steel City of Sheffield. Smokin, tokin n’ jokin but we ain’t chokin.

Why did you choose the name ‘Elegies’ and what does it mean to you?

An Elegy is a mournful song or poem usually associated with funerals. So with all of us rising from the deaths of other various bands, Elegies represents the after life of our now older selves making way for a brighter tomorrow, kids.

Daylight Disease is a term we coined together describing, what we feel, to be the ongoing epidemic for people like us. It’s all that—not having a full time job, not getting along with ‘further’ education and actually wanting to do something with our lives which didn’t sit with the social normalities (for us it being Elegies). Along with other variables, which we shall not bore your eyes and mind with, we found ourselves red eyed and unable to sleep living the good old nocturnal life and when that sun did eventually rise in the morning we did not want to see it. It’s the feeling of not fitting in with the 9 – 5 regiment and thus Daylight Disease was born.

You released your debut EP over a year ago now, how much do you think you have developed as a band since that release?

Listen to it and decide for yourself. It seems our music is reflective on the current time and place of when and where we write it.

You recorded it at ‘Steel City Studios’ – what was it like to record at a place where so many renowned bands have recorded?

We’ve been recording at Steel City Studios’ since day one and we have a very close working relationship with our good friend & producer Drew Lawson and not forgetting ‘funny man’ Phil Gornell. We’d recommend any bands and musicians to give it a go if they want to record some ‘bangerz’.

‘Daylight Disease’ is being billed as “A Statement Of Intent” – do you agree?

You seem to be a band that’s sound has a lot of influences and inspiration, what are some of those?
We would rather Daylight Disease be ‘A Statement Of “Settee Season”.
Music is our main influence. We just write whatever ‘ideas’ bleed through the skull.

What is the best show you have played so far?

The best show we have played so far was Hit The Deck festival (2014) in Nottingham. We played the Rescue Rooms with a nice count a’ heads in the crowd. Then we got off ah’ heads for the remainder of the day before witnessing Brand New’s headline set.

When you are on tour, what is the one thing you do or have with you that isn’t something practical/common?

We take our guitarist Marshall Smith, he isn’t common like the rest of us. He speaks the Queens english, you see?

What is the best part of being in ELEGIES?

Best part of being in Elegies is that it makes us all reyt happy.

Do you think applications like Spotify and Google Play Music help or hinder musicians?

Aye, things like that probably do hinder musicians but welcome to the age of the internet where information is slapped in your face like a wet carp. If you haven’t learnt by now that everyone expects things easily and (pretty much) free then you are either 80 years old or you’ve got some serious dial-up issues.

We’d be straight up for touring with Brand New, worldwide and intergalactic. Throw Marmozets on that bill and bob’s your uncle.

Sweet an’ Sour (that count as three?)