For a twenty-two year old solo artist, Tullett’s CV is remarkable to say the least; he has won acclaim for his remix of Bon Iver’s “Hinnom, TX”, which has led to further remix work with Local Natives and Ajimal. 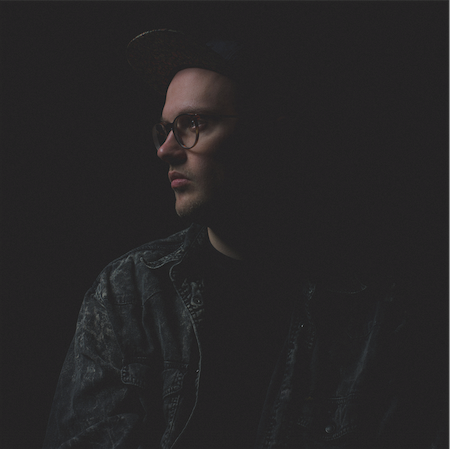 For a twenty-two year old solo artist, Tullett’s CV is remarkable to say the least; he has won acclaim for his remix of Bon Iver’s “Hinnom, TX”, which has led to further remix work with Local Natives and Ajimal. His ongoing collaborative work with Novo Amor has been praised by NPR and The Line of Best Fit, and had over 1 million Spotify plays. Tullett’s material has also been featured on TV shows including Pretty Little Liars, Bones and Catfish.

None of that prepares you for Fiancé, though – a rich, epic and ambitious first record. Tullett claims that he is “way past” his formative recordings, and the vast scope he demonstrates on this album – ranging from skittering R&B beats to dream pop keyboards, all held together by waves of Ed’s towering falsetto harmonies – is clearly the work of a refined creative spirit.

Across the record Tullett creates often huge, often hushed, gloomy landscapes, dripping in glistening darkness. “Saint” and menacing lead-single “Malignant” are beautifully crushing synthesized centrepieces, whilst the more organic “Posturer” and here “Ply” are flooded with swells of densely layered soaring vocals, as poetically intricate as they are affecting.

Fiancé does not sound like the work of such a young artist. It also doesn’t sound quite like an electronica album, nor a folk record – it’s its own spiralling, consuming entity. Having stayed under the radar for so long, Ed Tullett has emerged as a fully-formed new voice to be reckoned with.

Below you can find Ed’s answers to the A-Z Questionnaire.

I usually just ask for water!

Getting picked for the Bon Iver remix album was pretty special. Nothing really ‘crazy’ though!

I’d like to say all of my lyrics have meanings beyond the obvious. I like them being open to interpretation.

I don’t know if I’ve ever thought a song was ‘easy’ to write. Sometimes they happen quickly, but you need the inspiration etc and sometimes that’s hard to come by.

‘Malignant‘ is the most fun to play!

God, so many. I’ll go left-field and say some John Frusciante guitar work.

Hardest Thing About Being A Musician:

Not having a steady income.

Interesting Fact About You:

Jokes You Have On The Road:

Just write what comes. Experiment, play around. Take a break if nothing’s happening and don’t force it.

I played SXSW in Austin, Texas in 2013, so probably that.

Grizzly Bear and Beach House in Brighton was probably the best show I’ve ever been to.

Radiohead I guess would be special!

Meanings often seem to present themselves after I write things. ‘Fiancé’ seemed to stick as it was a new sound I was committing to, and then a ton of my friends started getting engaged.

See You Live At:

London album release show being planned at the moment.

Absolutely not. I can’t think of any band pre-90s that I listen to really.

I try to work in as many genres as possible; perhaps a truly folk version of Posturer or an ambient Saint would be cool.

Without fans, a musician wouldn’t be able to function, in terms of being able to do bigger things.

Worst I can think of is finger-picking induced blisters, pretty pathetic!

Probably my live band’s fault, not mine – I’m a huge worrier and pedant on that front.