We caught up with London metallers Brutai‘s vocalist/guitarist Felix Lawrie and guitarist Henry Ryan ahead of their Download 2017 performance to chat about the festival, debut album Born and telling people what they really think. You guys are at Download! Are you excited to be here? Felix: I think that’s an understatement really. It’s a bit […] 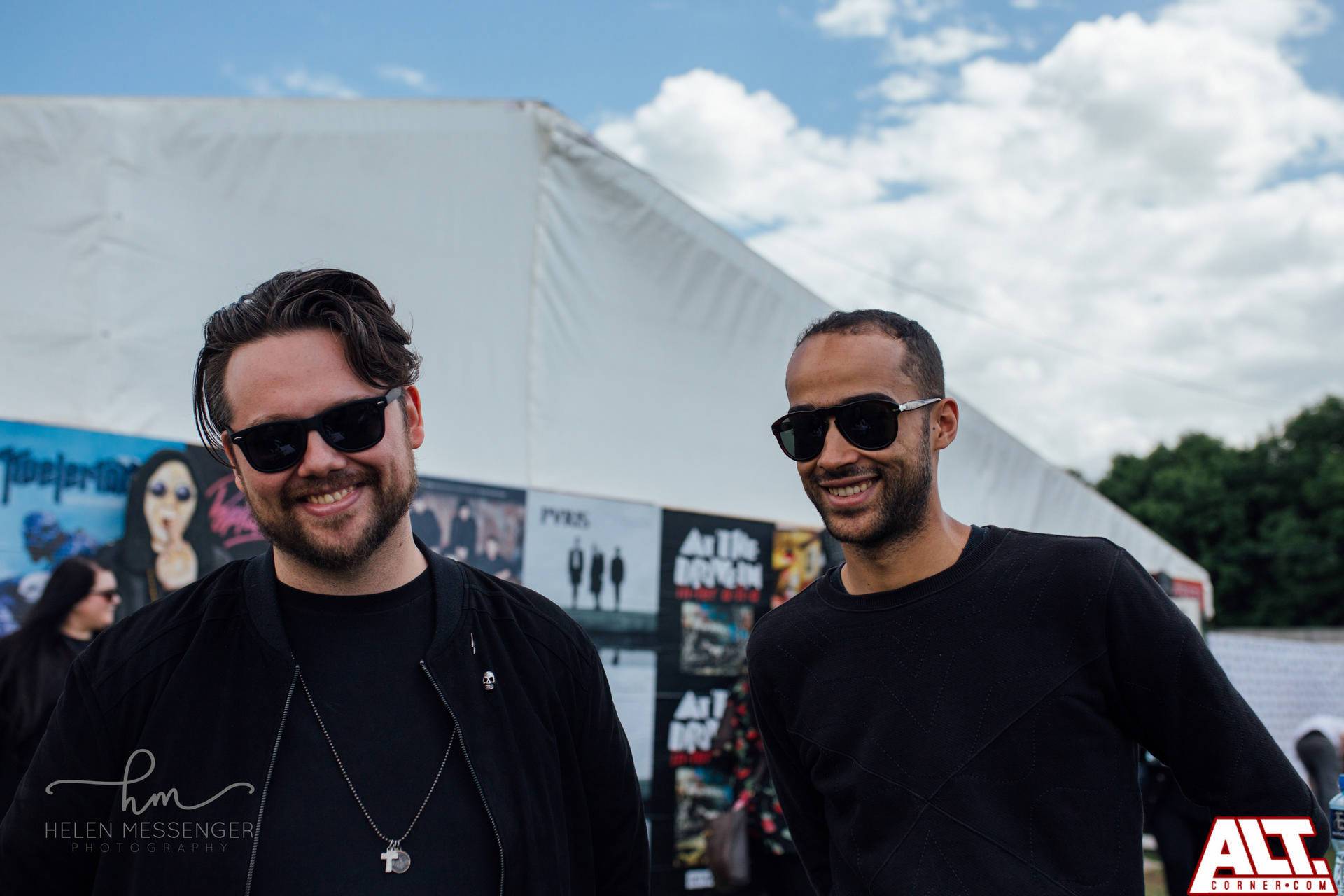 We caught up with London metallers Brutai‘s vocalist/guitarist Felix Lawrie and guitarist Henry Ryan ahead of their Download 2017 performance to chat about the festival, debut album Born and telling people what they really think.

You guys are at Download! Are you excited to be here?

Felix: I think that’s an understatement really. It’s a bit cliché but it’s a bit of a dream come true! We’ve been here as fans on and off for the past ten odd years and finally having a chance to play! We never thought when starting the band that we’d have that chance but we’re here.

Henry: It is a dream for any band starting out, in terms of the UK, Download is the biggest metal festival.

And you’re here quite earlyish in your career!

Felix: Yeah we’re on our first album so it’s not too bad!

There have been bands who have had 5/6 albums out and they still can’t get on the bill!

Henry: Yeah that’s why we feel so humble to be here!

For people who may not have heard of you, what can they expect from a Brutai show?

Felix: I think they can expect big riffs, big melodies, harmonies, choruses. Just a bit of everything for everyone really.

Henry: It’s what you can find on the album, most of the set is made up of album tracks so yeah heavy bits, we try and have a bit for everyone really.

I had a listen to the album and it’s really good!

You’re here all weekend, is there anyone you’re looking forward to seeing?

Felix: For me personally, System Of A Down I know they haven’t rleased anything for almost 10 years or something but them being booked made me revisit their back catalogue and I was like “Jesus I’m a huge fan of theirs” so there’s a whole nostalgia feeling to go and see them tonight, it’s going to bring me back to my childhood.

Henry: Yeah System’s the big one. I’ve never seen them live. Well I might have seen them a long time ago but that’s going to be a really great one! A lot of the bands we’ve seen a lot of times before but that doesn’t make it less exciting but System’s going to be my highlight yeah.

You’ve been nominated for Best New Band in the Metal Hammer Golden Gods awards (eventually won by Newport metallers Venom Prison). How does that feel?

Henry: We were all pretty surprised, we didn’t know where it came from, there was no pre-warning for that. We were all fairly surprised.

Felix: We knew that Metal Hammer liked us. It came as a shock to be nominated for best new band but we knew that Metal Hammer have always backed us from when they first heard us. But to be backed so much that they think that we’re one of the five best new bands they’ve heard in the past year, even just saying it to you right now is a bit “what the hell”. We’re going there on Monday so the biggest pinnacles of us as a band; playing Download on the Sunday and the day after, being nominated for a Golden God in the O2 in London.

Fingers crossed for you!

Felix: I know it’s cliché but just to be nominated is incredible.

You’ve got some shows coming up with SikTh and Caligula’s Horse are you looking forward to those?

Felix: Yeah, well we just did SikTh that was the Download warm-up on Wednesday. It was amazing.

Henry: That was a funny one because we were looking for a gig to treat as a warm-up show for Download and then it was like “do you want to open for SikTh and we were like “well yeah!” That wasn’t what we were thinking as a warm-up but we’ll take it! So that was amazing! Then yeah Caligula’s Horse again a great modern prog band.

Can you tell us a bit about the inspiration behind your debut album Born?

Felix: In terms of the inspiration, I think the concept is kinda like the inception of the band.

Henry: It’s from the influence of some of the new members, the EP we did in 2013 was predominately written by me and Felix.

Felix: In the nicest way possible, we weren’t really a proper band back then, it was kind of more of a studio project and I think that with the debut album it’s actually all 5 of us as a band being born. It sounds like something everyone’s contributed to. In terms of the music, the influences are kinda everything we love as musicians, we’re all individual songwriters as well so we all bring different ideas to the forefront and we all have heads of different songs. If you knew our personal stances and the way each person likes to write music, you’d know who wrote each of the songs so yeah.

How do you split it up? Do people write different bits or?

Henry: We kinda collectively come up with the structure as a band but you kinda have a team leader, someone at the forefront who’s kinda baby it is, that’s my song, like get it all together as a band collectively.

Felix: You won’t finish a Brutai song unless we’re all happy with it.

There’s a new Punk Goes Pop album coming out soon, so if Brutai were going to cover a modern pop song, what would it be?

Felix: A current one? I’d probably say Rag N Bone Man, I prefer the song Skin. I was jamming on my acoustic guitar the other night and kinda learned the chord arrangement and jammed it out. One of our friends bands just released a cover of that song so it’s not gonna happen. We were talking about maybe doing it and then our friends in As Lions did one and we were like “oh okay”.

Henry: I couldn’t name a modern one but Killer by Seal was one we always wanted to do a cover of.

We always end with some random questions; It’s your last 24 hours on Earth, how would you spend it?

Henry: Last 24 hours, I’d probably just do what the hell I want. Eat loads of food, play loads of music.

Felix: I’d piss a lot of people off. I’d let everyone know what I really thought of them!

Felix: I’m gonna go way back to when it was just me and Henry in the band before we were properly Brutai, do you remember when we played a battle of the bands in a dance hall in London somewhere? We opened a battle of the bands competition and they had this Eastern European two-piece that didn’t know what they were doing. They had a clown play with a Kylie Minogue microphone on doing miming while singing. We won the competition but it was just a bit like “huh really?” It was a bit mad!

Henry: Hello, we are Brutai, come see us

Felix: Check out our album Born. If you dig, like us on social media and say hello.

Both: Thank you very much.