We caught up with State Champs’ bassist Ryan Scott Graham and drummer Evan Ambrosio for a chat about playing UK festivals, planning the new record and Queen covering State Champs prior to their Download 2017 appearance! You’re at Download! Are you excited to be here? Evan: Absolutely! Ryan: We’re stoked! It’s our first time so […] 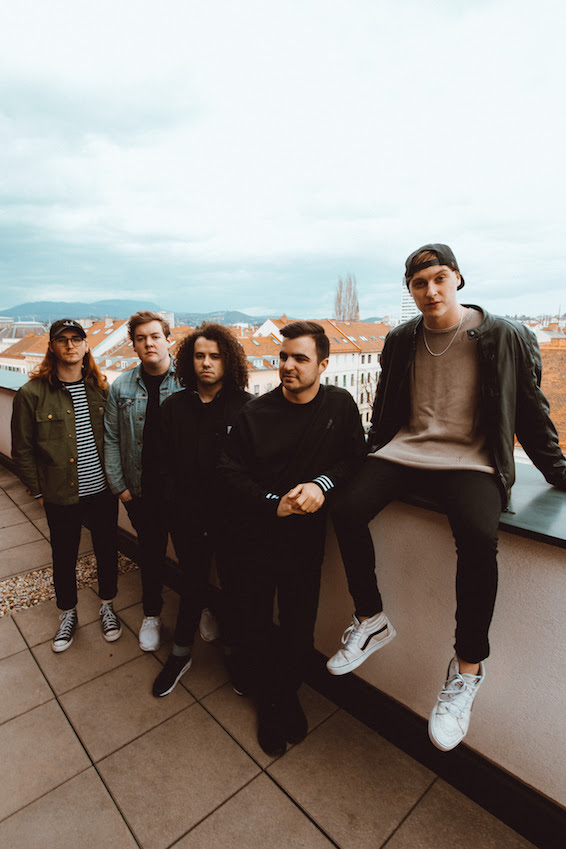 We caught up with State Champs’ bassist Ryan Scott Graham and drummer Evan Ambrosio for a chat about playing UK festivals, planning the new record and Queen covering State Champs prior to their Download 2017 appearance!

You’ve seemed to have done it the other way round, most people seem to work their way up from Slam Dunk to Reading and Leeds via Download, where you’ve gone for the biggest one first!

Ryan: I’m excited to be here, it was cool to do main stage at Reading and Leeds, a little bit of bragging there!

Evan: Every festival we’ve done in the last two years has been pretty amazing, they’re all very different but they’re all massive and very fun to be at!

Ryan: The UK is very good to us so anytime we can come over and play for a bunch of people it’s fun! We’re just bummed we can’t be here the whole weekend, just today!

Awh that’s a shame! And you’ve spent your day doing press, which must suck when you’re only here for a day?!

Evan: It’s okay though, we’re talking to and meeting people and we’re still seeing some bands!

Is there anyone that you’re looking forward to seeing?

Evan: Mainly System Of A Down.

Ryan: I was excited to see Code Orange but I think they’re playing right now. So mostly System Of A Down.

Evan: Good Charlotte of course! We’re on tour with them right now so we can watch them every night which is cool.

Have you got any plans for a return to the UK in terms of a full tour?

Ryan: Not this year no, we did a headliner here in January/February so after this, we’re just going to go home and write a new record! I think the next time we’ll come back, we’ll have some new music out but it’s going to be a while.

Have you started writing the new record yet?

Evan: We have yeah.

How is that going so far?

Evan: It’s going really well. We have about 10 demos so far.

Ryan: We’re kinda still trying to decide on the direction that we wanna go but we’re writing songs that we like and we’re having fun with.

Evan: It’s better to go in with too many than not enough.

Recently, you released the deluxe DVD edition of Around The World And Back, what made you decide to release another version of the record? It was a great record and the deluxe version is really good as well.

Ryan: I think a lot of the reason was we had been touring non-stop and we didn’t actually have time to write a new record and we wanted to release the DVD. So we were like “why not combine them with a couple new songs and then when we’re ready to write a new record, we’ll go and do that” so that’s kinda the mindset behind it I think. Continue touring on what we’ve been doing and release some new material for people who maybe didn’t see it around the first time or wanted some extra content.

That’s cool. You’re featured on the new Punk Goes Pop record covering Stitches by Shawn Mendes. How did you decide to cover that song?

Evan: That song is actually really good, when we got the offer, we kinda had a bunch we wanted to try and that was the only one that we mutually agreed on. We were like “yeah that song’s sick, I think we could make an interesting version of it.” I don’t wanna say too much.

Ryan: We had some choices but a lot of the other ones seemed a little bit ambitious, we didn’t necessarily want to do a Bruno Mars song even though we are Bruno Mars fans, it just seemed like “I don’t know if we’re gonna be able to do this justice.”

Evan: We thought it would be fun because it’s a song people wouldn’t expect. They would think that it’d be a current pop song and this is a little bit older but I think it’s going to do really well. It’s my favourite cover we’ve ever done!

It should be a good one then! If we flip it over and you can have one artist cover a State Champs song, who would it be and what song would they sing?

Both: Damn this is a hard one but a great question though!

Ryan: I would pick Queen with Freddie Mercury of course! I think Secrets would be a fun one to hear.

Evan: I would love to hear Backstreet Boys cover a State Champs song, I don’t know what song but I think that would be fun! Maybe All You Are Is History!

We always end with some random questions; you can only save three things from your house during a fire, what would you save?

Ryan: My bed cause I love my bed, my acoustic guitar and maybe my roommate if he’s in there.

Ryan; How about your acoustic flying V?

Evan: Yeah, probably those things! Three things I hold most dear to myself!

Ryan: Imagine me walking out of a burning house with my entire bed? Just stacked up on my shoulder.

If you were in a boy band, which would you be in?

Ryan: Backstreet Boys was my first concert ever so I kinda have that loyalty to Backstreet Boys, although I do think N*Sync maybe had some better songs.

Evan: I was going to say N*Sync. I figured you were going to take Backstreet Boys.

Ryan: There was a lot of good bands! O-Town was sick!

Evan: O-Town were really good too!

It’s your last 24 hours on Earth, how would you spend it?

Ryan: I’d probably do some drugs that I wouldn’t do if I had more than 24 hours.

Evan: I would probably nick some exotic cars and drive around. I wouldn’t hurt anybody, I would just drive exotic cars.

Right at the end of your 24 hours, just drive off the cliff. Do you have any hidden talents?

Ryan: I don’t know, do I have any hidden talents?

Evan: Ryan is very good at a lot of things.

Ryan: None of them are hidden though. I don’t think we have any hidden talents, we don’t even have any talents! I can’t think of any right now.

Evan: A tonne, a tonne of wood!

Evan: We wanna say please listen to our band because we fucking rock!

Ryan: Listen to us, watch our DVD if you want to get a clearer picture of who we are and what we’re about.

Evan: That’s way better than what I said! And live your dream!