I The Mighty headed to Download for their first festival outside the US! We caught up with guitarist and backing vocalist Ian Pedigo ahead of their set to talk shows, a new record and horror films. You’re at Download! Are you excited to be here? I am very excited! It’s I The Mighty’s first ever […] 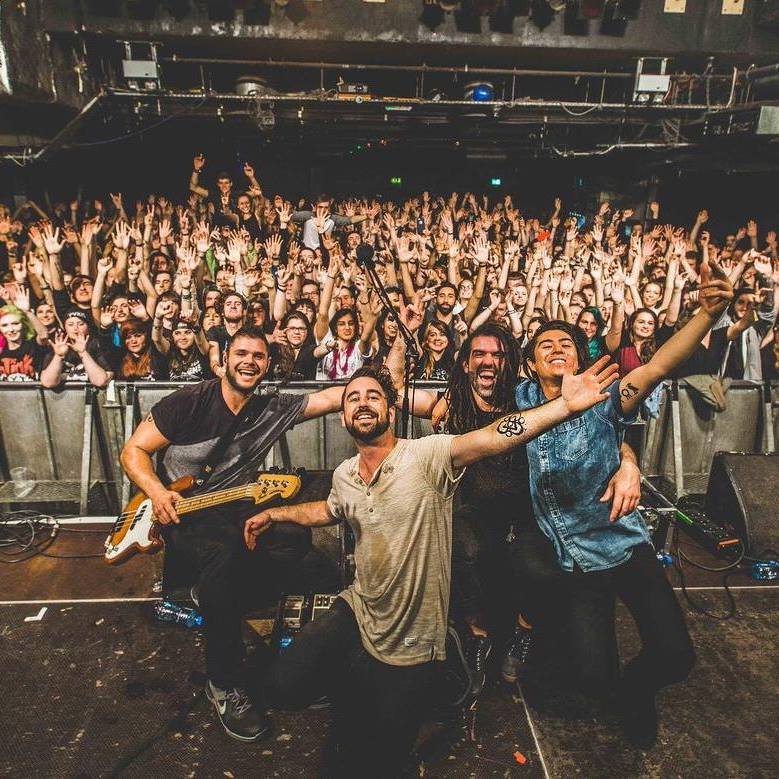 I The Mighty headed to Download for their first festival outside the US! We caught up with guitarist and backing vocalist Ian Pedigo ahead of their set to talk shows, a new record and horror films.

I am very excited! It’s I The Mighty’s first ever festival show outside of the US so it’s really an honour to be here!

That’s great! Are you looking forward to your set?

Yeah, I’m pumped and getting excited! In about an hour or so we’re going to head backstage and start getting ready. Stoked!

What can we expect from an I The Mighty set?

Lots of rock, good energy. Hopefully some crowd participation, we like to get the crowd involved so come prepared to get into it.

Nice. You headlined Camden Assembly on Thursday, how was that for you?

Yeah amazing! It was awesome! We’ve only actually ever played London once before and it was opening for Hands Like Houses so we didn’t know what to expect for our first ever London headliner and it ended up selling out. It was awesome! The crowd was great, there were stage dives and mosh pits. It was pretty surreal to come to a different country and see that sort of reaction!

I bet. You released your third album Connector in 2015, are there any plans for a follow-up?

All I can say right now is that it’s done. The record is done. We’re really stoked on it, really proud of it! We spent a lot of time before actually going into the studio trying to craft the songs, where on Connector we wrote more in the studio. I’d say we’re looking to tentatively put it out in the fall but there’s no dates yet. It’s ready. It’s been recorded, it’s actually on my phone right here!

I look forward to hearing it! Have you got any other plans for 2017?

Just tour as much as possible. Now that we’ve been over to the UK a couple of times, we want to come back here. Now that we know we have fans out here and people actually wanna see us, we’ve gotta make sure to come back to the UK because we’ve done so much touring in the US. We love touring the US but we do so much of it that it’s nice to go somewhere different.

That makes sense. There’s a new Punk Goes Pop record coming out soon, so if I The Mighty were going to cover a current pop song, what would it be?

That’s a hard one! I would do Drake’s One Dance. That song just makes me feel good! It’s Drake, you can’t really go wrong with that! Maybe Katy Perry’s Teenage Dream.

We always end with some random questions; what’s your favourite horror film?

I’m actually not a big horror film guy. I don’t really watch them but you know what, I don’t know if this is necessarily horror, but the movie that freaks me out and scared me the most when I was a kid that I had nightmares about was Poltergeist. So that I guess? I’m sure that’s not in the horror, I think that’s more a different category but we’ll go with that.

I think it would class. What would be your zombie apocalypse survival plan?

I would definitely like to write original music! That’s my favourite part about being in a band is being creative so yeah.

Finally is there anything you want to say to our readers?

Thank you. Thank you for checking us out and for giving us some time and come check us out at a live show sometime at some point! Check us out online, just Google I The Mighty, we’re not hard to find.

That’s great. Thank you for speaking to us today.