We caught up with Drones vocalist Lois McDougall and bassist James Kerr following their set at Download festival to talk creating their own line-up, Territories and what they would do on a Punk Goes Pop record. You’re at Download! Are you excited to be here? James: We’re really excited yes! How was your set? Lois: […] 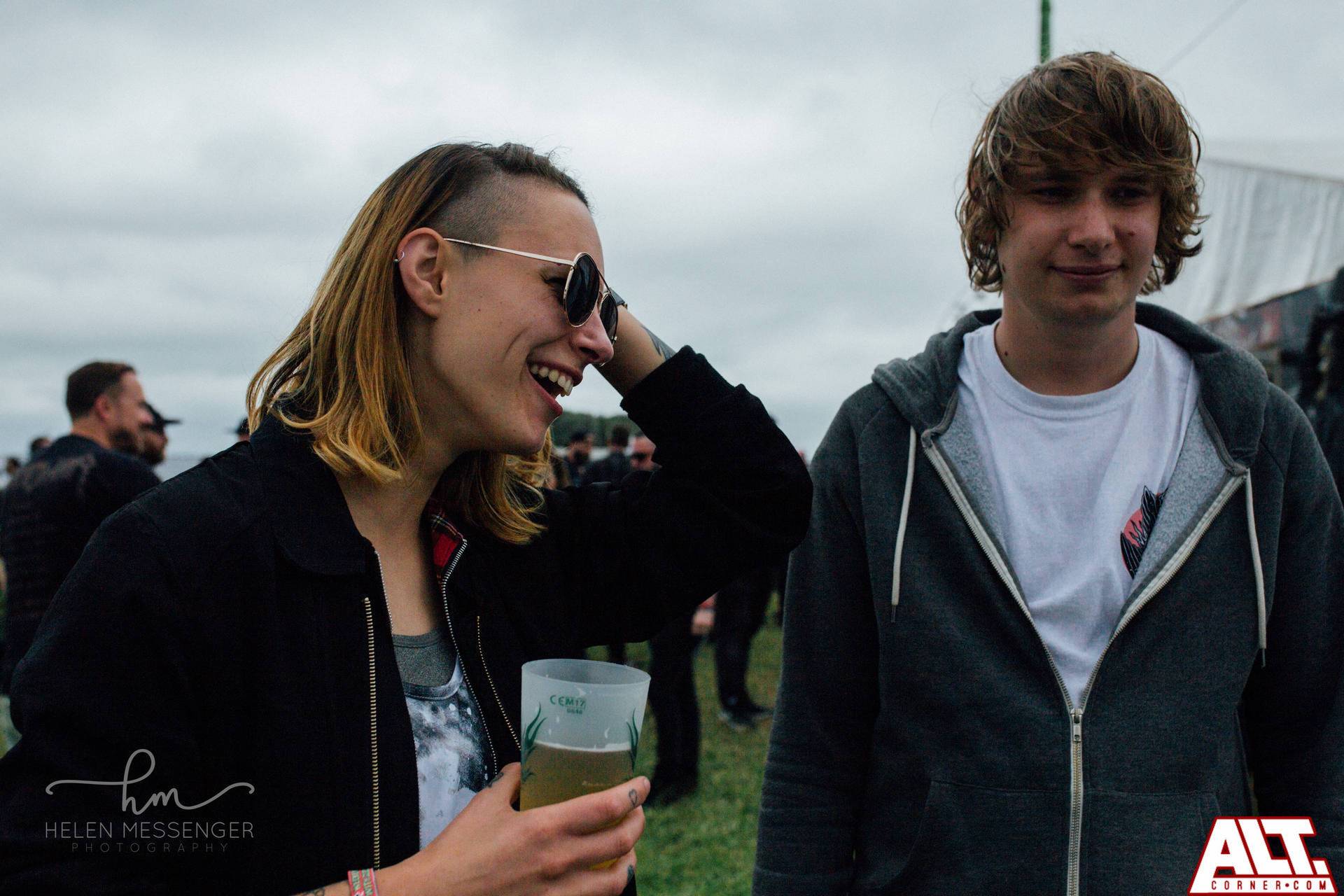 We caught up with Drones vocalist Lois McDougall and bassist James Kerr following their set at Download festival to talk creating their own line-up, Territories and what they would do on a Punk Goes Pop record.

How was your set?

Lois: It was great, a really good turn out! It’s the first time I’ve been to Download so it was really nice! And good weather! Everyone was like “it rains for the whole of Download”.

This is probably the best weather there’s been at Download for god knows how long! Is there anyone you’re looking forward to seeing?

Lois: I’ve wanted to see Sum 41 since I was about 12 years old so that’s been a long time coming! So I saw them yesterday and they killed it. It was awesome!

James: AFI are on later today, I’m really looking forward to it! Biffy Clyro as well, I’m quite excited to see them because they’re not really the sort of band I’d go and see normally but I think they’ll be really good live. I haven’t seen them before so I’m looking forward to it.

That’s awesome. You recently released Territories, which has a bit of a political theme to it. Can you tell us about the inspiration behind it?

Lois: Basically, its more of an idea that to have one person ruling a country is a strange concept to me, I just find the whole idea is absolutely bizarre. You kinda then start looking at their personality and it just gets in the way. So it’s kinda about that as opposed to actual political parties. It’s kinda an idea to rearrange the system because it just doesn’t work.

Yeah it doesn’t really work. If you could create your own Download main stage line-up, who would you pick?

James: Green Day. I’d love to see Rancid at something like this as well!

Lois: We’re in the process of finishing up an album, which is going to be out in the next few months. We’re just literally finishing the vocals. We’re going to be releasing the next track from that in the next few weeks. I’m really excited about that track, it’s a really good track. We played it today actually! It seemed to go down really well.

I look forward to hearing it! There’s a new Punk Goes Pop record coming out, if Drones were going to cover any pop song, what would it be?

James: I think Fascination by Alphabeat! That would make an awesome hardcore song! I think it would really work!

James: It would! I think it would be brilliant!

Lois: No! We’d do like Sia or something. Definitely a Sia song!

We always end with some random questions; have you ever been in trouble with the law?

Lois: (laughs) in the words of Jeremy Corbyn; “too naughty to tell!”

James: There’s this little town in Germany called Meppen and the first time we toured Europe, we played there and we got there and was like “this is going to be rubbish”, it was like a youth center but it was literally the best show we’ve done. It was insane! The whole town turned up pretty much! We didn’t spend a penny all night and got absolutely wasted! And now we make that a stop every time we go. So yeah Meppen in Germany!

Lois; It’s always the ones you don’t expect.

That’s awesome. Finally, is there anything you want to say to our readers?

Lois: Check out our shit.

That’s cool. Thank you for speaking to us today.