We caught up with vocalist/bassist Dan O’Grady of Irish metallers Dead Label following their set at Download to talk the festival, playing with Machine Head and Dan’s metal musical journey. You’re at Download! Are you excited to be here? Yes! Really am! First time playing. I was here in 2009 when they did the Monsters […] 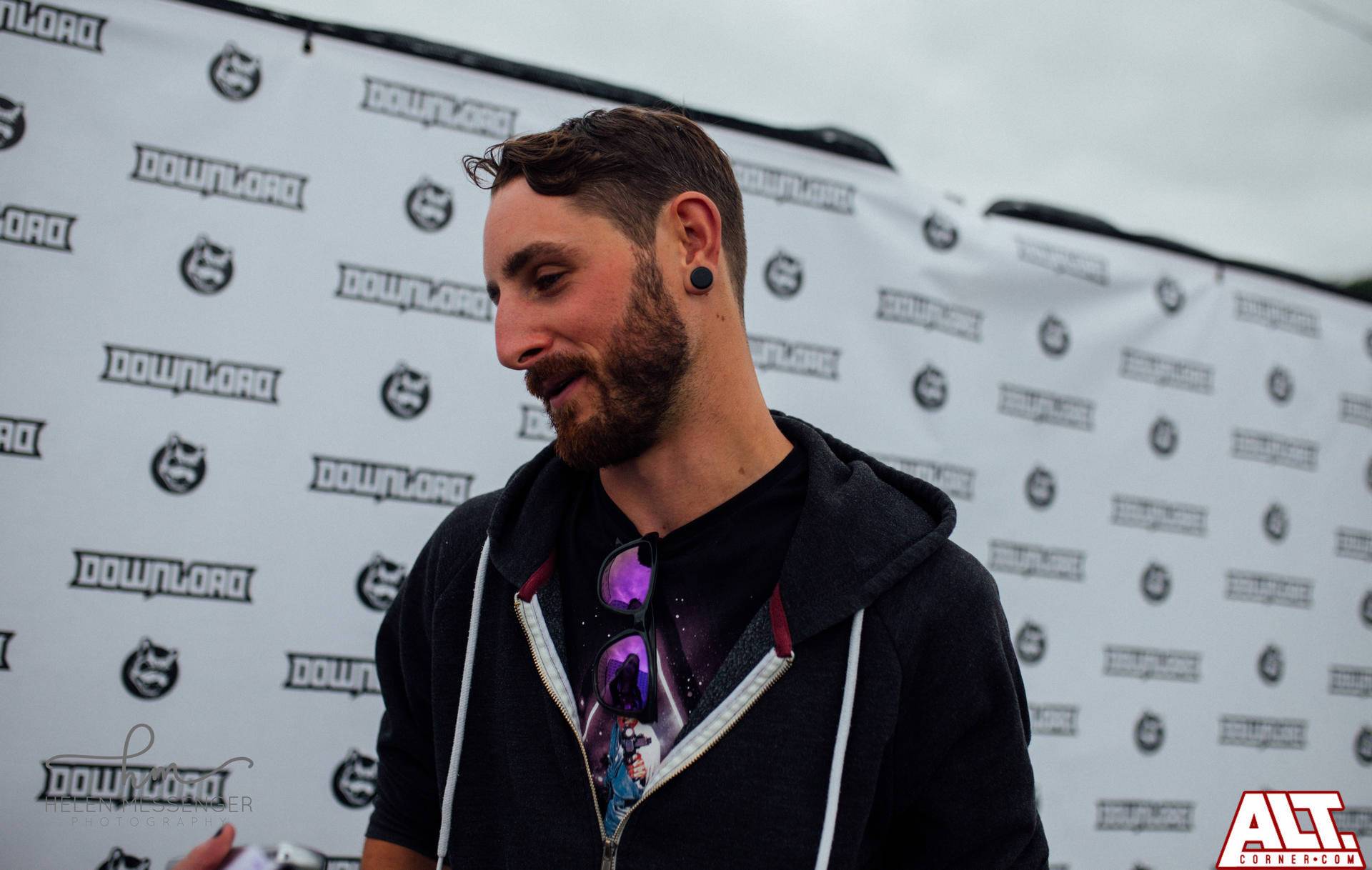 We caught up with vocalist/bassist Dan O’Grady of Irish metallers Dead Label following their set at Download to talk the festival, playing with Machine Head and Dan’s metal musical journey.

Yes! Really am! First time playing. I was here in 2009 when they did the Monsters Of Rock reunion which was fantastic and I’ve always dreamed of playing and now I’ve actually got to do it so it’s kind of a pinch me moment!

Yeah I bet! How was your set?

It was fantastic! We were a little bit nervous about attendance seeing how it was 11 o’clock and I know myself I wasn’t up at 11 when I came! But when our intro tape played as we were walking out, I had a little sneaky look beforehand but didn’t have a proper look and when I walked out, I saw the tent was rammed! I was like “Oh my God!” It was unbelievable! Some people might have heard of us before which is great.

That’s great! It’s surprising how many people actually will get up and be in for the early bands!

I know I couldn’t believe it! We really appreciate everybody turning up for it and it wasn’t raining! It’s threatening and it’ll only take a little bit to turn this place into a swamp!

This is true! Is there anyone you’re looking forward to seeing?

Rob Zombie I am dying to see Rob Zombie! We played Bloodstock a couple of years ago and he was headlining the night that we played as well so we’ve got like a little tradition going on now! (laughs) I cannot wait to see him!

He’ll be awesome! You’ve played shows with the likes of Gojira, Machine Head and Fear Factory and you’ve done several festivals including Rocktoberfest in Japan, which must have been incredible, so what has been your favourite show that you’ve played?

I think my favourite show was the Dublin show with Machine Head. We had played Belfast the day before and the first big show we’ve ever done, we were playing with Machine Head. They’re like my favourite band next to Metallica so the nerves were a little bit kinda up in the air but once we had played Belfast, which went okay, I’m not gonna say it was a perfect set but we got down to Dublin to do the show and it just went off! We had a great reception from the crowd and we got to watch Machine Head from side stage and run out and sing “let freedom ring with a shotgun blast” (Davidian) and that just blew my mind! I was absolutely delighted with that so that has to go down as my favourite show!

That’s fair, it sounds like an incredible show! Can you tell us a bit about your latest single Pure Chaos?

Pure Chaos was a bit of a random one. We were in the studio demoing for the album and it just turned out even as a demo, it turned out really, really well and our album Throne Of Bones came out last year. In fact tomorrow is it’s anniversary so we were like “it’s been a while since they’ve heard anything new” and we were like “we may as well stick something out” so we went back in and we did a few things with it, like we re-tracked a couple of things that we weren’t entirely happy with to get it up to scratch and we actually got the raw files and sent them to the fella who produced our album and we got him to mix it and he sent it off to a fella called Matt Hyde who’s worked with the likes of Slayer and stuff like that and he mastered it. We really put a lot of work into it in getting it up to scratch and once we got the finished product back we were like “oh we should release this as a proper single”. So we went off and did a music video as well. We put a lot of work into it and it’s been paying off. We’re really delighted with it!

Have you got any plans for 2017? Is there a possibility of a new record?

Not a new record this year but we are about 5 or 6 songs into the demo process. Those 5 or 6 will probably, the way that we write, we don’t write 20 songs and pick the best 10, we write until we’re happy. If we’re halfway through a song and we’re not feeling it, we’ll scrap it. We don’t hold onto things, we’re very cut throat that way. The songs that we work on are the ones that we feel are worth working on. We have about 6 or 7 and we’re hoping for about 10 and once those 10 are demoed, we like to demo them, listen to them and put them away, come back and change a few bits if they need to be changed and then once that process is done, hopefully we can start to get in and record the album early 2018. Hopefully! That’s the plan anyway! It may not go according to that but that’s it at the moment.

There’s a new Punk Goes Pop record coming out so if Dead Label were going to cover a current pop song, what would it be?

You’re going to have to help me out here cause I don’t listen to that crap at all! (Laughs)

Ed Sheeran is about as much as I know..

Jeez, a pop song? I don’t even know what’s current at the moment.

Okay we’ll make it easier, just a song to cover?

Well we actually did a headline show a few weeks back and we covered Dragula by Rob Zombie. So I’d actually love to go in and properly do that! Record that properly and do it justice, I’d really enjoy that!

That would be cool! We always end with some random questions; you’re asked to join the circus, what would your act be?

I suppose a lion tamer or something. Something kinda cool! That or one of those trapeze guys. I’d like to swing in the air and stuff. That ride over there (our view is the big ride in the arena), I can’t wait to go on that later! Our drummer Clare was saying once all the interviews and the set is out of the way then we can go have fun and that is calling!

Well it won’t be long and you’ll be able to go!

Thin Lizzy Greatest Hits. I was probably about 10 and I loved Thin Lizzy and Greatest Hits just had all the greatest hits on it, it was absolutely fantastic! That started the whole “maybe I’d like to play an instrument, what does Phil Lynott play? Oh he plays bass, I’ll play bass!” SO that’s how that started and then the metal thing I was in 6 class, I’d just finished primary school and a friend handed me The Black Album (Metallica) and it’s the same story for every metal head, once they listen to that album that’s it. It’s just a slippery slope from there and now Metallica is probably the lightest thing I listen to! It goes Metallica to Behemoth!

Wow okay! If you could have witnessed any event in history, what would it be?

Oh that’s a good question! If I could have been a fly on the wall for when Metallica were recording The Black Album I think that would have been fantastic! When they were recording Of Wolf and Man, when they got the idea to hit those toms at the start that was the first Metallica song I ever heard and I think I wore that intro out on the CD it would just go “bam bam bam” okay play that intro again! So definitely that moment!

Awesome! Finally, is there anything you want to say to our readers?

Check out Dead Label on Facebook. All our tracks are up on YouTube and all that and thank you so much for taking the time to talk to me today.

My pleasure, Thank you for speaking to us.