US progressive metallers The Contortionist headed to Download festival following a UK run with Periphery and their own headline shows as well as the announcement of a new album and single! We caught up with guitarist Robby Baca to talk Download, tour stories and the new record: You’re at Download! Are you excited to be […] 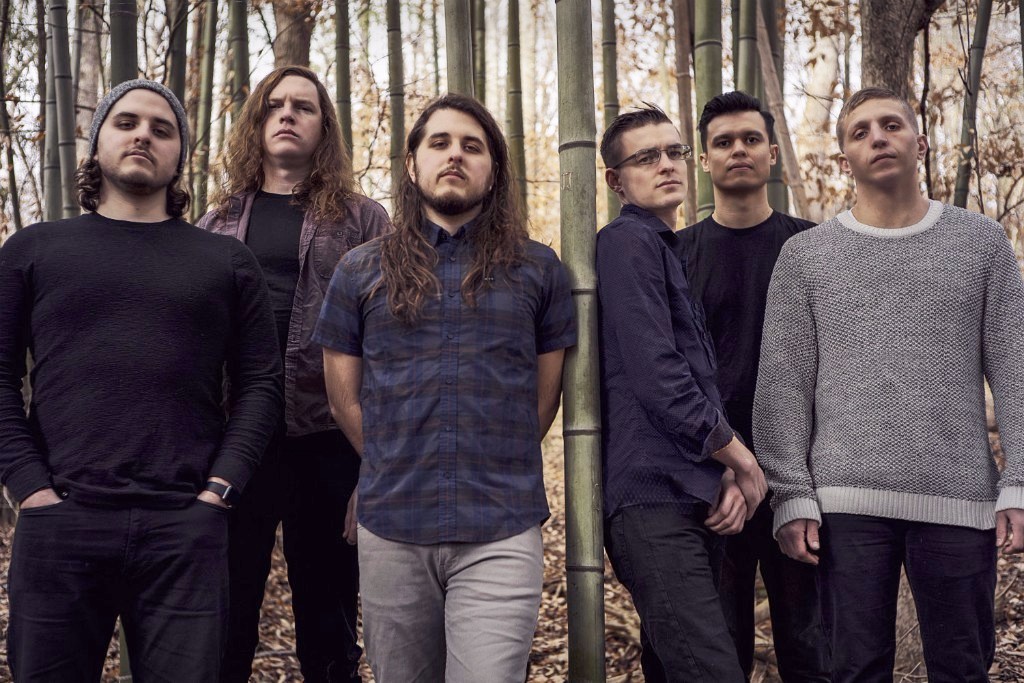 US progressive metallers The Contortionist headed to Download festival following a UK run with Periphery and their own headline shows as well as the announcement of a new album and single! We caught up with guitarist Robby Baca to talk Download, tour stories and the new record:

I’m very excited to be at Download! It’s a good day! We’re not drowning, we’re not being swept away!

It’s a miracle! It was meant to hammer down but it’s been so nice!

It really is! I heard horror stories from last year, that was drownload right?

Yeah, every year apart from this year has been drownload but last year was one of the worst ones! Are you looking forward to your set?

I am yeah. I’ve been watching Download videos of bands that I like for so many years now so it’s really awesome to be here!

What can we expect from The Contortionist set?

Well we’re gonna play some tunes and people are gonna watch us. They might stand still the whole time. We’re playing a good chunk of stuff off of our last record and older tunes so it’s a Download orientated set.

That sounds cool! You’ve been very busy in the UK lately, touring with Periphery and doing your own headline shows prior to Download, how were they?

They were an experience. With the shows that we had with Periphery, we had what they call radius clauses where we couldn’t play where we had with Periphery so we played some smaller markets (the headline run), so the shows were small and intimate. We played in Glasgow as well and it was probably the better attended show of them all. It was a really great time, we got to meet a lot of super fans who came to Periphery and then came out to our shows and were like “we’d never heard of you guys, we saw you on Periphery and we drove four hours to come see you headline” so that was really cool!

That’s really good! Recently you announced details of your new album Clairvoyant (September 15), can you give us an insight into the record?

Clairvoyant is the culmination of a year long bloody, sweaty, tear filled fist fight between the band members! Nah it wasn’t that bad! We all got together at different points in the year and all worked together in Indiana and at some point we were up in Maine and we were staying in a cabin on a lake somewhere out in the middle of absolutely nowhere and that’s where the majority of the record was written. It’s the first time we’ve ever done anything like it so it was really cool to do something like that! This time around we were kind of given more of a straightforward, I don’t wanna say pop song structure, though I guess the single we just put out was very much intentionally pop structure, the arrangement was verse, chorus, verse, chorus.

You said about the new single Reimagined, can you tell us about the inspiration behind the track? I really enjoyed it!

Thank you, that track is kinda a short and sweet demo for the rest of the record. By demo I mean it kinda encompasses the whole album in some ways in a really short track. There’s still gonna be a few songs that are more geared towards what we were doing on Language (2014) and stuff like that. It’s an experience from beginning to end.

There’s a new Punk Goes Pop record coming out soon, so if The Contortionist were going to cover a current pop song, what would it be?

I really like this question. I would say, Kiss It Better by Rihanna. Is that a decent answer?

Yeah that’s cool, everyone’s been going for the same few or having no idea of any songs! Have you got any other plans for 2017?

The album comes out in September, October we’ll be out with Between the Buried and Me on their Colours 10 year tour which is really exciting because that was a big one for me when I was 17. I believe at some point before the end of the year, we’re trying to come back over here so nothings really set in stone yet.

Hopefully! We always end with some random questions; what would be a good theme song for your life?

Theme song for my life? This is a hard one! I wanna pick something funny but I can’t think. I’m gonna say The Boys Are Back In Town by Thin Lizzy!

Nice! Have you got any funny tour stories?

One time we were in Canada playing something called Rock Festival I think and Lamb Of God was headlining and we were walking around in the artist area and somehow crossed paths with Randy Blythe and our other guitar player Cameron didn’t know who he was somehow. Randy was drinking an O’Douls alcohol free beer and Cameron goes up to him and was like “hey man, where did you get that beer?” And he was like “oh dressing room, you can have it” and he gave Cameron his O’Douls beer and Randy walks away and we’re like “dude did you know who that was?” and he was like “nah” and we were like “that was Randy Blythe from Lamb Of God!” So we were like “check that beer out, it’s probably alcohol free!”

Finally is there anything you want to say to our readers?

Keep on kicking ass, keep on reading this website. Love yourselves, love each other, be good to one another.