We caught up with Liam Torrance and Max Nicolai, guitarist and drummer respectively of South Wales hardcore band Casey following their set at Download 2017 to talk the festival, South Wales and being in the circus…. You’re at Download! Are you excited to be here? Max: Very excited yeah. We’ve always wanted to play Download. […] 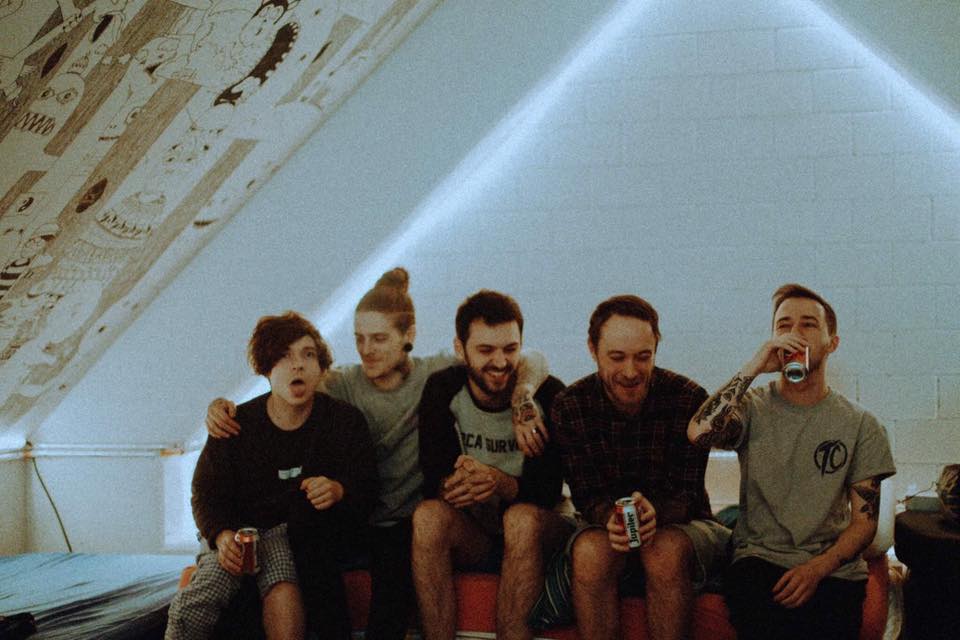 We caught up with Liam Torrance and Max Nicolai, guitarist and drummer respectively of South Wales hardcore band Casey following their set at Download 2017 to talk the festival, South Wales and being in the circus….

Liam: Yeah, definitely one of those landmark festivals that when you get here, it takes a bit of time to set in and realise that you’re playing it!

Fair. It was my first festival as well. You haven’t long come off stage, how was your set?

Liam: It was so much more than I thought it was going to be. I never know what to expect fully until we’re about two or three songs in but as soon as we played the first song, I just knew it was going to be really special. People were singing along, putting their hands in the air and just going nuts. It was everything we wanted!

Max: We always try and go into things with no expectations because you don’t want to psyche yourself out and stuff and it was awesome. It was really cool. I didn’t expect that amount of people to be singing back or even just watching us so it was really cool!

That’s great. Alongside you, there’s also the likes of Junior, Astroid Boys and Holding Absence representing the South Wales scene at Download. The scene in South Wales is getting a lot of attention lately, why do you think it’s now becoming so known again?

Liam: From growing up in South Wales and going to really cool venues like TJ’s and LePub in Newport which I absolutely love, the scene seemed so much stronger when I was younger but I think it slowly died off, I don’t really know why. But to see it coming back in full force like Max said and have these bands absolutely smash it. You could probably go to a show every week now and see a sick band! Especially at venues like Clwb (Ifor Bach) in Cardiff. So yeah it’s super refreshing just to be from Wales and just to know that there’s so many of these sick new bands coming out and we’re all doing it together which is great.

It is great. Is there anyone you want to see while you’re at Download?

Max: Slayer. Slayer was one of my first ever shows when I was a kid. I went to see them with Trivium and Machine Head I think and I just want to relive that. And loads of other bands, isn’t Basement playing?

That’s cool. You recently toured with Boston Manor and played Slam Dunk. How were they?

Max: Boston Manor are fucking great! They’re like the nicest dudes ever and they made probably one of the best albums of last year. The fact that we got to tour with them was great. We share a lot of mutual fans despite the fact that they’re quite different genre.

Liam: It’s so refreshing to tour with bands that don’t sound similar to you and are sort of outside your genre pool so just as Max said, they’re really nice guys with an amazing record and they’ve been doing it for a long time so it’s really nice of them to take us under their wing and put on some good shows.

Max: Especially Leeds. They were all fucking great but for some reason Leeds just blew my mind. I was just like “bloody hell.”

You’ve got some slots coming up at Reading and Leeds festival, are you looking forward to them?

Liam: I think it’s quite nice at such an eclectic festival to play a stage solely for our music as well. I mean like we were worried that we were going to play to people that don’t necessarily like our music but playing the Pit stage and I can’t remember the other one. But yeah playing those two stages that are predominately there for rock and heavy music so I’m super excited! And we get to see The Japanese House.

Max: I fucking love The Japanese House. You can put it on record that they’re probably one of my favourite artists out there ever!

Liam: Once I’ve seen there set I’m gonna be done forever! Like that’s it!

Max: I’m gonna cry all the way through! They’re great!

That’s cool. You recently released your latest single Little Bird, can you tell us a bit about the inspiration behind it?

Liam: Yeah we’re probably the worst members to describe that.

Max: Musically, it was written very organically. Most of our favourite songs that we write are written organically in a practice room where we just come out with a riff and we’re just writing a full song within a couple of hours and we’re just like “sick, that’s the one!” I guess lyrically, Tom would have a lot more to say about it but the lyrics are really personal so there’s not a lot we can say about the lyrics because we’re almost sort of like a…

Max: Musically, we support his voice in a literal sense but also his voice in what he wants to say, we try and musically support that as much as we can so yeah. That is my favourite song off the album though.

It is a really good album and track!

You’ve been nominated for best breakthrough band at the inaugural Heavy Music Awards. How does that feel?

Liam: Yeah we didn’t even know it was going on. I guess in the starting stages, a bunch of people nominated for us to go into the finals and we only knew that we were nominated as the finals were announced so our Twitter was blowing up with people being like “oh Casey’s nominated for best new band” and we were like “what’s this?”

Max: It’s really cool. The other bands on there we fucking love! Like Black Foxxes and Venom Prison. There’s some bands on there that for me especially, with Black Foxxes they’re amazing. To even just be in the same sort of category as them is great!

Have you got any other plans that you can tell us for 2017?

Max: Nope. We’ve got loads of plans and we can’t tell you what they are! Sorry!

Liam: We’re pretty much booked up for the year but it’s still all in the background so all we can say is that it’s going to be really cool! It’ll trickle out slowly.

Max: We like to keep people on their toes!

Max: Boston Manor are on it!

They are! If Casey were going to cover a pop song, what would it be?

Max: I don’t know if it counts as pop but Daughter – Tomorrow. We talked about doing a cover for one and I was always like “we’re doing this!” I don’t know if everyone else agreed but yeah that would be me! I love that! I love Daughter they’re good.

Liam: I’d do a spin on a Britney Spears song.

That’s cool. We always end with some random questions; what was the first record you remember buying?

Max: The first record I remember buying was probably Hours by Funeral For A Friend. Probably that! That’s the first. There’s loads of bands that I was into when I was really young because my mum got me into those bands like Nirvana, Foo Fighters and stuff like that but Funeral For A Friend was the first band where they were my first favourite band. Probably the same for you ain’t it? But you’re a bit older so it was probably the album before?

Liam: I know and I got it from Spillers Records. RIP.

Max: I thought they were still going?

Yeah they are aren’t they?

Liam: I swear they closed down!

Max: Research that before this goes out! (They’re still going strong! – Ed)

Max: Probably something sick like fire juggler! Fire breather! I think that’s cool! Maybe juggle fire and then in between the juggling just blow a big fire. That’d be sick! Maybe add a tightrope in there as well.

Max: To anyone who knows us and has listened to us, thank you for giving us any time you’ve given us because that’s why we’re here!