Down In One Interview

Ruby caught up with Down In One to speak about their influences, playing their hometown and new music this year! 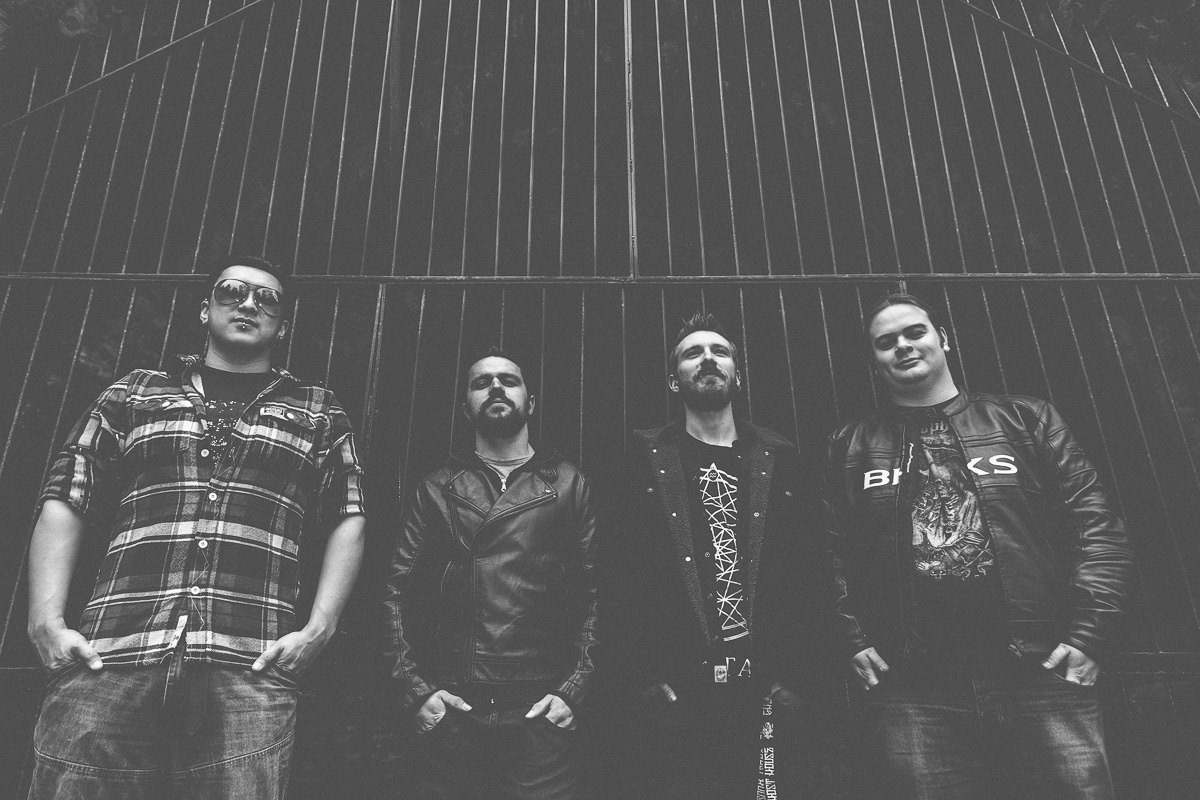 Hey Down In One! You’ve been a band for just over a year now, you’ve played some crazy shows alongside the release of your first EP ‘The Bittersweet Remedy EP’. Can we expect something similar this year?

I’ll tell ya the truth man, they’ve all been pretty crazy! But yeah, like you say it’s only been a year and we’ve played a lot, we’ve gotta be doing something right!

We’ve already started the year on the right foot, our first gig this year was the first heat of Metal 2 The Masses at The Intake in Mansfield. I’m happy to say we got through to the next round and boy are we excited to get back on that stage to tear it up again! But yeah, we live to play live so we’ll definitely be gigging a lot this year. I think we’d all go stir crazy if we didn’t have gigs, I feel alive on stage! It’s goddamn electric man!

Who came up with the name, and where did it come from?

Our guitarist Jonny did and in a word the name came from the band’s favourite pastime; drinking!

So back when we’d just formed we still didn’t have a name, we were a fair few pints in and mulling it over one night at our local haunt and Jonny bursts in going “I’ve got it! Down In One, because y’know, drinking!” And it just clicked, I can’t think of a better name for four crazy bastards who love playing metal and drinking!

Who are your main influences as a band?

For the band as a whole our main influences are bands like Black Sabbath, Mötley Crüe, Metallica and Pantera. Truly classic rock heroes who blazed a trail of fantastic music, substance abuse and destruction!
But one of the things I love about this band is that we all separately have a massive range of influences that aren’t just metal and we all bring that when we write. For example I’ve got a lot of influences from hip hop and jazz stuff. It’s great writing with like minded folks who just straight up love music for music, I find there’s a lot of unfortunate genre elitism and that really ruins what music is about.

If you had to pick one song that you would say inspired you to make music, what would it be?

Just one song? Now that is damn difficult…but I think it would have to be Seasons Wither by Machine Head. It’s definitely the one song that has had the most impact on me as a musician because it’s what inspired me to become a vocalist. I was an angry-ass 16 year old back in the day and I remember the first time I heard the song it resonated with me. Next thing I know I’m sat in my bedroom, scaring the hell out of my cat by trying to scream along to Robb Heavy-Fuckin’-Metal Flynn and that’s what kicked it off!

You’ve got a show in April in your hometown of Nottingham! What is your favourite song to play live, will we be hearing it in your set?

I do love playing our hometown! But damn, another tough question! Don’t get me wrong, I love all of our songs…I wouldn’t want to play something I’m not happy with! But I think it would have to be Elena, mainly because I absolutely love the track! It’s got some of my favourite lyrics that I’ve written and Jonny, Rich (our bassist) and Jimmy (our drummer) really blew me away with their playing on the track. It’s one of those songs where I listen back to the recording and I keep hearing new little nuances and licks I’d missed that the lads play and I’m just thinking “Shit man, how’d I miss that? That is utterly awesome!”.

The vocal melodies are really satisfying to sing too, I tried to write some catchy vocal hooks for it and I think I did pretty well. One of my favourite bits is the little call and response we got going in the pre-chorus between me and Jonny and there’s this little bit I do in the outro that is intensely satisfying to sing. And hell yeah we’re gonna play it live, I’d need words with the band if we didn’t have it in the setlist!

What is the best show that you have ever played live? Funniest thing to happen at a show?

There’s two shows that win best show, the first would be the first time we played London. So we’d only been going for a few months and Jonny’s mate Mags of Cairo Son invited us to come down and support them at the Big Red (which is a fantastic venue!). Man it was such a good day out! It was sunny and Rich’s uncle, Big, kindly agreed to take us down in his badass Chevy V8 van. As soon as we hit London we made a beeline for the first rock bar we could find, then we pissed about in Camden getting steadily more drunk through the day and played the show in the evening. The crowd was huge and loving it!

The second show would have to be our first festival gig last summer. We were invited to play Rock and Bike Fest and boy were we excited! I can’t even begin to tell you how much I was shitting myself before we went on. But I was fine as soon as I was on stage and we played a belting gig, again to a crowd who loved it! It was a weekend of booze, loud bikes and louder heavy metal, what more could we ask for? And it was amazing playing a huge festival stage, something we hope to do again this year!

As for the funniest thing to happen at a show…well, things might get a little graphic…So we have this friend of ours, Mule. Mule’s a right dude, one of the nicest guys I’ve ever met…but he sure is a crazy mofo! He came down to see us at that gig in London and during the set he walks up right in front of me with this mad glint in his eye. I realise what he’s about to do so I look at him mid-verse, shaking my head and trying to non-verbally say “No dude, no. No no no.”

So he gets the cue, smirks and saunters over to Rich on the other side of me. Rich is there at the front of the stage, belting away at his bass so Mule doesn’t have the space to do what he wants. He’s still wearing this smirk and finds his final target…Jonny. He saunters up to Jonny and with no hesitation just unzips his trousers and places his balls on the stage! Jonny’s there, laughing his ass off and I look round and see what’s happening and start laughing too, almost messing up the verse I was in! It was weird, nasty and hilarious…an excellent combination!

Where would you like to see the band in five years?

Dominating the world, baby! But in all seriousness I’d love to be able to play with the band full time and dedicate all my time and effort on it. We’ve all got our day jobs to support ourselves, but at the end of the day music is my true passion. I’d love to see us on some world tours in five years.

Can we look forward to any new music this year?

Hell yeah! We just recorded two new songs, Mad Gun and Elena, and we also shot a music video for Mad Gun. We’re gearing up to release both at the moment and I am so excited to unleash ’em. These two new tracks are absolutely huge! We’ve not got the final release date yet, but it should be next month. Check out our Facebook to find out when!