Decrypted take on the A-Z challenge!

Following the release of their latest single Equinox Of Eternal Embers, we asked Brit tech-metallers Decrypted to take us into their world by taking on our A-Z challenge! A song that made you want to make music? I want to spare you from cliché answers, because I’ve been quite open in the past how the […] 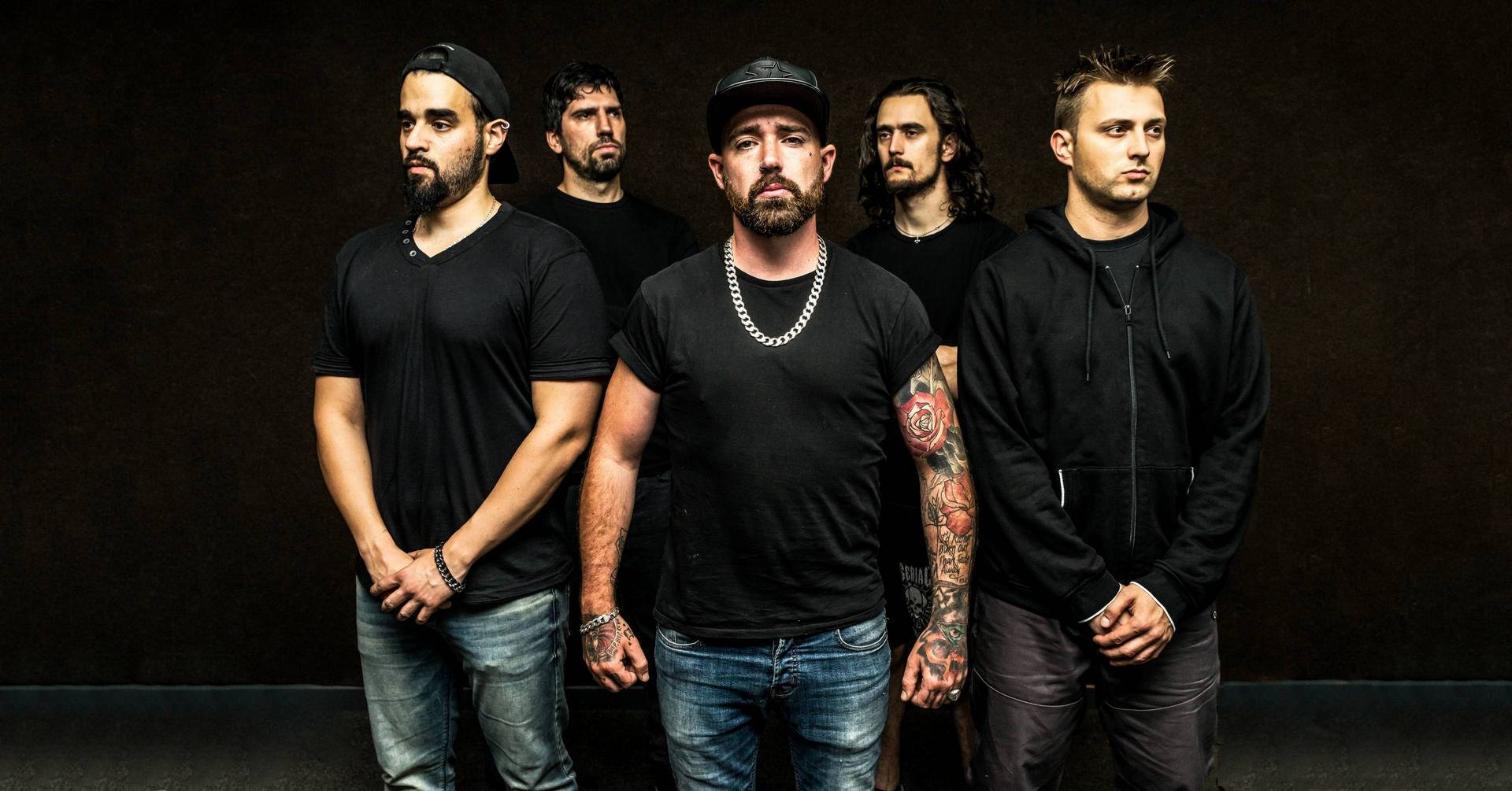 Following the release of their latest single Equinox Of Eternal Embers, we asked Brit tech-metallers Decrypted to take us into their world by taking on our A-Z challenge!

I want to spare you from cliché answers, because I’ve been quite open in the past how the likes of Chester (Linkin Park) and Jesse (Killswitch Engage) have inspired, shaped and challenged me as a vocalist. So one of the songs I started learning to “scream” to was ‘What it is to Burn’ by ‘Finch’. I was 16 years old and would run home from Sixth Form on my free periods to “practice”. I can only imagine what my neighbours thought… I was under the delusion, when I was younger, that during the day everyone worked or was in education. So imagine my shock finding out my neighbours were on benefits and more than likely heard my “progression” (for lack of a
better word).
However, that didn’t knock my confidence, it only encouraged me to try harder.
Still, to this day, I love shrieking the line “SHE BURNS” with all the
passion my little bald head can handle. Pretending my aura in the moment is a manifestation of my emo fringe and eyeliner holding me in an intimate moment of nostalgia.
Two other songs I have to give the nod to in the same regard are “Trivium –Like Lights to Flies” and “Funeral For a Friend – Juneau” – Steve

Personally speaking, I’ve always worked closely with the venues and bands I’ve toured/played with. I’ve always gravitated towards connecting with the people I meet/play/work with. It really is the cherry on the top of an already great experience.
Knowing you’ve made a new peer/friend is a physical embodiment of a good memory.
So to answer the question in a way, it would be easier to tell you the worst rider. And, to be blunt, the answer is “I haven’t got one”. I’m so grateful to all the people that work with us, who are all more than willing to provide us with a case of beer or allow us to bring our own case into the venue.
We’re fairly easy to please. We don’t really ask for much.
Treat us with respect and dignity and we’ll do the same. – Steve

We once turned up to play a show at a venue none of us had been to before. We assumed we had the wrong address because we had been directed to a German deli on an industrial estate. Perplexed, we asked the management if we were at the right place. It turned out we were. Like a scene from a horror film, we were led towards the big metal doors of a walk in meat freezer! As the doors creaked on the runners, with some force, the venue began to unveil.
They had re-purposed the meat freezer into a beautiful state of the art music venue. At night time, the venue would pack away the deli and turn into a bar.
We made many friends that night, all part of the underground European punk and thrash scene. An experience we’ll never forget.

Absence, the Abyss. It was such a personal song, that helped my close a chapter of my life, that it felt natural and genuine to write. – Steve

Either Jesse Leach (Killswitch Engage) or Brandan Schieppati (Bleeding Through). They’ve both been prominent figures for reference in my development and journey of becoming the vocalist I am today. My style is my own, but fans of early metalcore will often mention they can tell I’m a fan of both bands mentioned. Which, in itself, is a compliment.
So, having either Jesse or Brandan feature, would not only help my journey as a vocalist come full circle, it would also mean I could pay homage to my roots. – Steve

The practicality of being in a band whilst being caught in the hamster loop.

This industry, in this current climate, has to be a labour of love. We all work so hard to support our households and families whilst finding time and extra money to support the band. We are all burning the candle at both ends.
We would all love to do this full time, but obviously we all know that’s not feasible. So, running on exhaustion whilst keeping your head above water, I’d say, is the hardest thing. Nonetheless, it’s a right to passage. If you love something, you’ll suck it up, make the time and find the energy.

My dad was actually an opera singer (for 40 years). He introduced me to classical music at an early age and taught me to play the piano. That was fun… until I found a little something called Guitar! – Ric

Being the only English guy in the band, I often come into the studio loud and obnoxious as if to be a caricature of the stereotypical “British lad”.
Unfortunately, being bald, short and working class I often get characterised as such by those who see and don’t hear me. So, it’s a light way to poke fun at both sides. – Steve

I’d say it’s writing songs for you, don’t anticipate your market or ‘try’ to create something. Let it be natural and genuine.
People know when they hear sincere music. Obviously, there are exceptions to the rule but, generally, people will gravitate to honesty.
You need to leave a piece of you in your music, for better or for worst.

So far, Epsom has been the furthest. But that will change, later this month, with our first Halloween show – in Wales.

Just to throw a curveball, I’d say Lindsey Stirling. Her live show in London early this year was mind blowing. Her ability to play violin as she throws herself around the stage would make the healthiest of people feel out of breath. She has such a talent for playing violin and dancing, it’s mesmerising. – Steve

Construct. They’ve probably been around a tad longer than we have, but they’re still fairly new. – Ric

A band called Xelas. We met them when they opened for a show we played back in August. Definitely recommend checking them out. – Steve

(If asking which band would we love to open for)
For me, opening for Killswitch Engage would be amazing. It would take me back to being 15 again, having my mind blown. The whole experience in my head would play like a film montage where the underdog becomes triumphant. – Steve

Australia, the metalcore scene is so fresh over there that the fan base is still die hard and dedicated to the scene.

“We are not enemies, but friends. We must not be enemies. Though passion may have strained, it must not break our bonds of affection. The mystic chords of memory will swell when again touched, as surely they will be, by the better angels of our nature.” [by Danny Vinyard]

The EP is a gateway into the darker parts of my mind, it’s the embodiment of all the struggles and strife I’ve been living in the last few years. The EP acts as a memento for the kind of person I became, so the title “The Solitude of Self Awareness” acts as a reminder to not go back to that place. That chapter is closed and captured onto the EP, where hopefully it will stay. – Steve

No, music is a spectrum and the themes it tackles sit within that. Sure, older music is more initiative by default, but everything has its place.

Pianos and violins hold the key to my heart, so doing some orchestral versions of our songs would be amazing. – Steve

I try to write music for me, and if people gravitate to that then it’s the biggest compliment in the world. Makes you feel like you’re not alone, makes you feel appreciated and part of a larger community.

Not yet, but watch this space.

Raf’s – definitely. The day he’s on time for practice is the day hell
freezes over.

We’re like a pack of hyenas. Strong, loyal and a bit stupid. – Steve