The Cruel Knives take on the A-Z challenge!

New Brit rockers The Cruel Knives are gearing up for their debut EP Side One‘s release on Friday 28th July. We’re excited by the sound from debut single Kill The Messenger (below) so we asked the band to take on our A-Z challenge! A song that made you want to make music? Sid: First seeing a […] 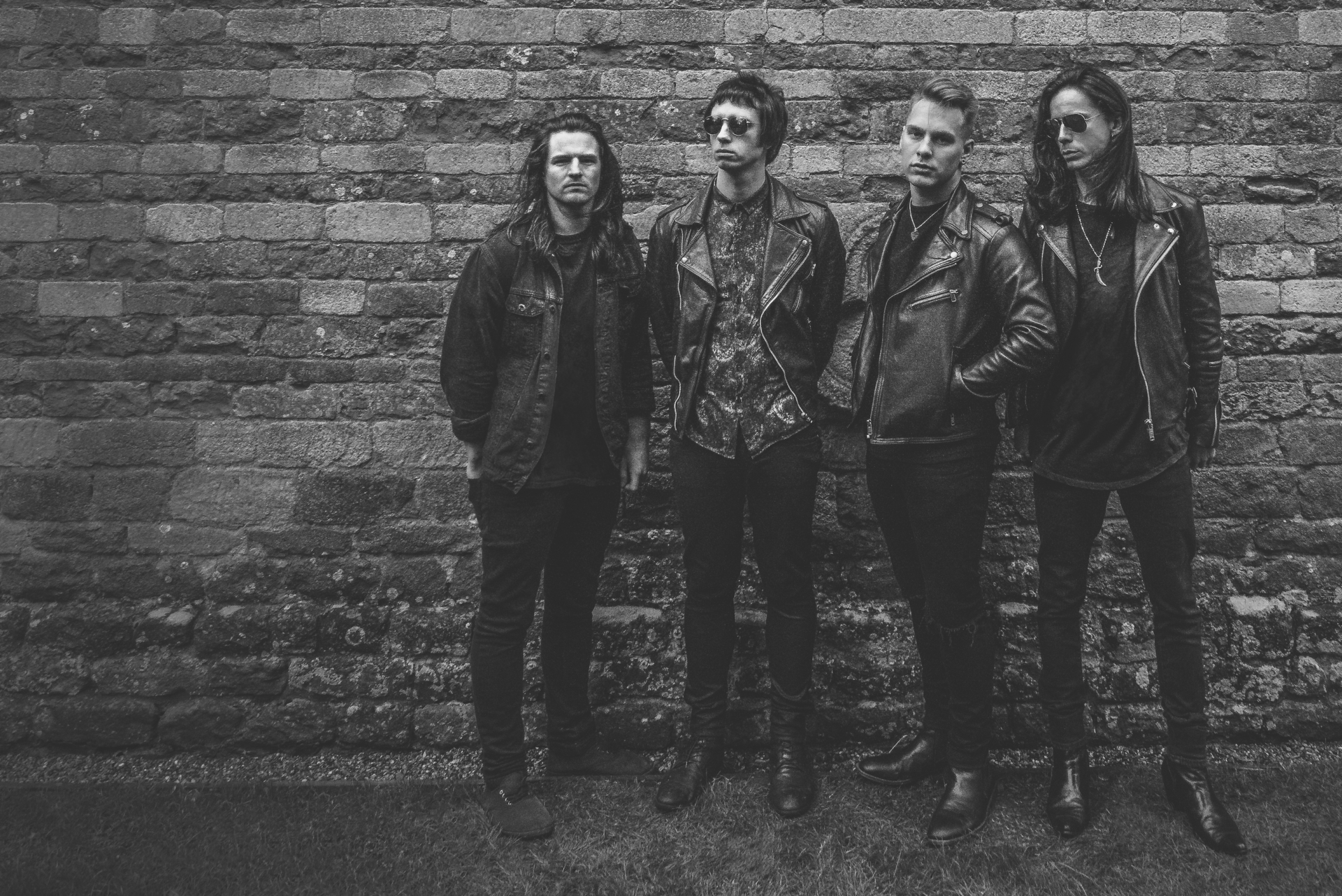 New Brit rockers The Cruel Knives are gearing up for their debut EP Side One‘s release on Friday 28th July. We’re excited by the sound from debut single Kill The Messenger (below) so we asked the band to take on our A-Z challenge!

Sid: First seeing a guy play Hendrix’s “Voodoo Child (Slight Return)” when I was 9. It blew my mind and I went home and locked myself away until I’d forced myself to play it (or until I thought I could play it at any rate). I’ve never heard a single guitarist play that intro properly, and Hendrix played it differently every time, says it all really…

Sid: In Amsterdam or Switzerland we had some guys come round trying to take food, drink and drug orders. When asked if that was the usual thing round here and he just smiled saying, “we’re caterers, we ‘cater’ ”, go figure. A weird one was in France one time when we were given bottles of home made wine and a whole Shark. I didn’t like that because I’m a shark fan, but the wine was good.

Sid: Haven’t had chance for many yet, but coming up through Heaven’s Basement we really did tirelessly tour every kind of circuit, properly slogged it out before getting to the stage of bigger support slots and then eventually our own decent headline tours. So given that, personally I hadn’t really thought much about accepting the offer to tour with The Pretty Reckless as The Cruel Knives’ debut shows. Not consciously thinking how we’d never actually played these songs together live before, we just went balls in, and it was only really when we stepped on stage and I looked out at the crowd and the guys in the band that I suddenly thought, “oh shit, I actually have no idea what’s gonna happen here”. I think it was mostly chemistry that got us through that one haha, but then we were off to the races.

Tom: Cause I’m an animal at heart and you just keep me on a fucking leash.

Sid: For The Cruel Knives maybe “The Promised Land”? Rob brought an initial idea in and he, Tom and myself sat down together and luckily all had ideas that flowed nicely into each other. Didn’t take long at all, the solo was improvised on the spot when I was doing a demo and that’s the take that’s on the finished track. I think little things like that do make a difference, it’s honest. That tends to be how most of our songs are written now. One of us brings an idea to the table and we just hash it out together until everyones happy. Works well, it’s kind of like a continuous baton race where you keep handing it back and forth to each other until you cross the finish line.

Tom: Itch, it gives us a chance to go absolutely mental.

Sid: Zach de la Rocha, he never misses. Keith Richards too, he’s got that unmistakable “Keith timing” thing that I love. I’m into a, “I really don’t care what the rest of the song is doing”, sounding approach to lead guitar. But to get that right you have to be able to tell exactly what’s going on with everyone else, Keith’s good at that.

Tom: Al is a loud and proud Vegan.
Sid: In fairness he’s probably the least loud about it (laughs).

Tom: We have a game called acting the goat which Rob is winning hands down.

Sid: Hundreds playing wise. My last favourite album was QOTSA “…Like Clockwork“. But as far as creatively and drive wise, most recently I’d say Muse. Matt’s a genius, and very humble with it. Whether just talking about guitar equipment or the actual concept of what it means to be a great rock band in this era and things like what goes into putting on their live shows from a technical standpoint, they’re very insightful and people I have a lot of respect for. Plus they’re super nice guys and all dig RATM so…
I’d also say The Pretty Reckless for being so supportive of us. They’ve been great friends to the band and that in itself is inspiring in return, and they all like RATM too…maybe that’s the pattern.

Sid: “…And The Hangnails” are a cool 2 piece band, they’re opening for us at our London show on July 26th.

Sid: AC/DC, Rage Against The Machine, Muse, Queens of The Stone Age.

Tom: I would really love to tour the United States, just a couple of months out there would be great. Get my Miami tan up to scratch as well while we’re there.

Sid: We all wanted to release an EP now so thought it’d be cool to do so and call it “Side One”, then record and release a second side to it later on and they’ll go together to make a full length LP. Just a nod to vinyl records and how they make listening to music feel more like a journey.

Tom: Our first London headline show is on July 26th at the thousand island in Islington (upstairs at the garage).

Tom: I think it’s a lot easier to get your music out there thanks to all the social media platforms like YouTube and Facebook etc. But it is harder because it’s so easy to get music out there so you​’​r​e ​able to hear millions of bands and artists everyday so you really have to stand out if you want to be heard.

Sid: You should make music just for you, I know that, but also knowing that someone else out there cares about it too or is even just interested in listening to what you’ve done gives you a nice incentive to push that little bit harder when you’re feeling at all like you’re stood at the bottom of a giant mountain that you gotta climb. In that respect they’re everything, and for them to be still be there for us after everything we’ve thrown at them our fans are untouchable in my eyes.

Sid: I smashed my favourite Les Paul the other day? That probably hurt more than any actual injury I’ve had (laughs). I did spend a night in Sydney A&E when I was on Soundwave. They thought I’d developed a blood clot from all that flying I mentioned earlier and were just like, “well if it travels you’re screwed, sooo if you get tight chested in the night I guess just come back immediately?”, which was pretty funny to hear that kind of shrugged response from the doctors. Turned out to be some kinda weird old Jurassic Park style infection that I’d picked up jumping off a waterfall in New Zealand. So yeah, didn’t die!