Confessions of a Traitor

London/Essex based metallic hardcore band Confessions of a Traitor are set to release their new EP Illuminate on September 19th. The quintet’s unique blend of motivational lyrics, monster riffs and massive breakdowns combined with their wide musical influences have seen them share the stage with the likes of Upon a Burning Body, Gallows, Feed the Rhino, Bury Tomorrow, Hacktivist and many more. We caught up with the band to chat about their forthcoming EP, heading to Europe with Caliban and I Killed the Prom Queen and crazy tour venues. 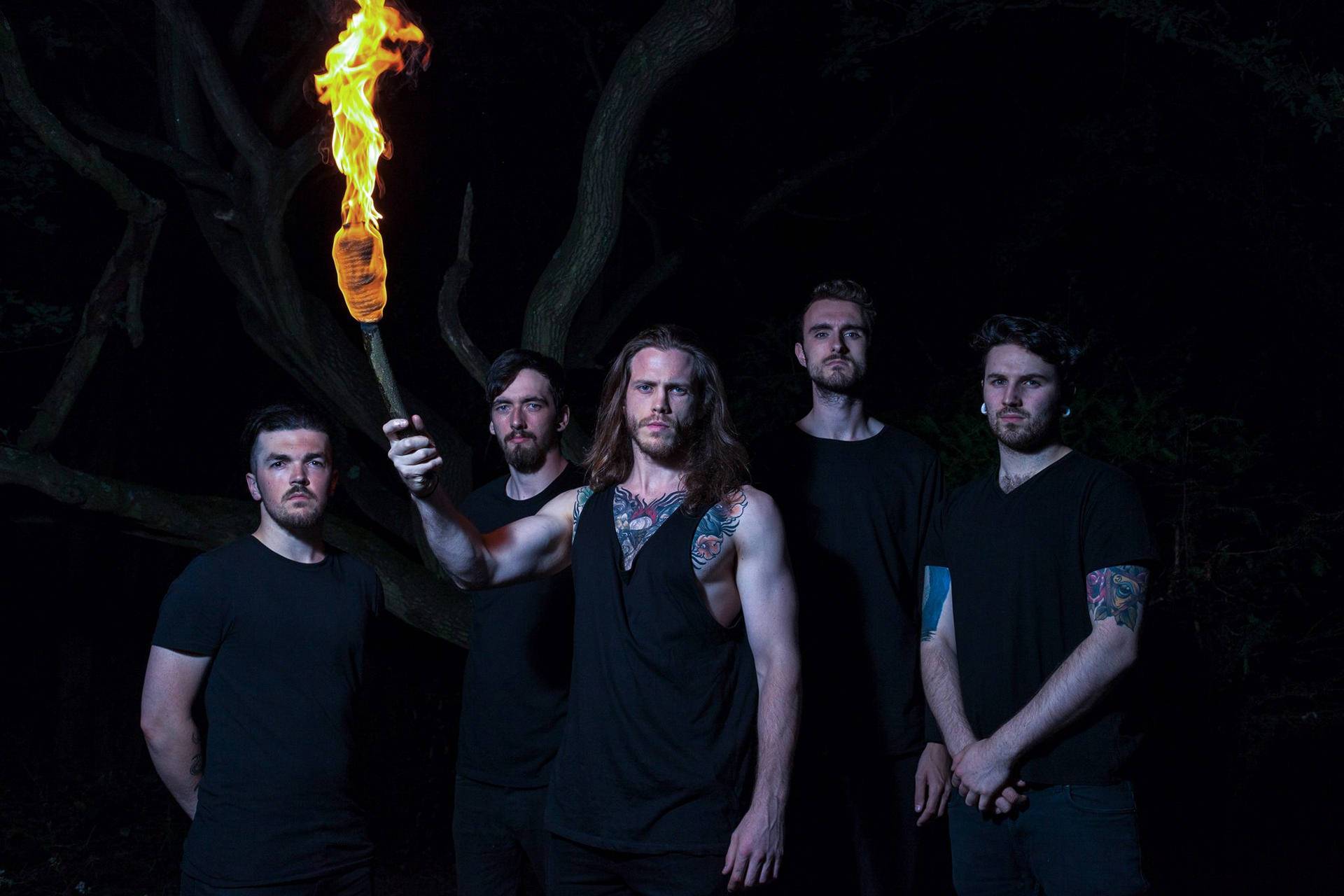 London/Essex based metallic hardcore band Confessions of a Traitor are set to release their new EP Illuminate on September 19th. The quintet’s unique blend of motivational lyrics, monster riffs and massive breakdowns combined with their wide musical influences have seen them share the stage with the likes of Upon a Burning Body, Gallows, Feed the Rhino, Bury Tomorrow, Hacktivist and many more. We caught up with the band to chat about their forthcoming EP, heading to Europe with Caliban and I Killed the Prom Queen and crazy tour venues.

You release your new EP Illuminate on September 19th. Are you looking forward to fans hearing it?

We are so excited for our fans to hear it, we have worked very hard on the new material and pushed the boundaries of what we have tried in the past. We had added more technical elements and more melodic elements and really feel is a massive step forward for us!

What is the inspiration behind the EP?

The EP is themed around positivity, the songs tell a story of the war between self belief and self doubt (The song titles are a poem on the back if all read together that give a brief look at what the songs and EP are about). There was a lot of personal turmoil that went into the lyrics for the record, but ultimately it’s about overcoming the fear of failure and believing in yourself, that you can achieve anything when you put your mind and abilities towards. Even if you have to leave important things behind you.

Your most recent single, Through Struggle, Hope Will Anchor Our Souls, featured JT Cavey of ERRA. How did that collaboration come about?

On our first European Tour with Upon a Burning Body the tour crossed paths with Texas in July‘s last ever Europen tour (JT Cavey’s former band) on about 3 shows. Texas In July happen to be one of my, (Stephen), favourite bands so I was unbelievably stoked to be playing with them on their last tour. JT joined us on stage for a few dates on that tour singing with us and Stephen sang with TIJ. After that we became very good friends and we asked if JT would like to feature on our EP, thus through struggle was born.

You’ve recently announced that you’re heading to Eastern Europe and Spain to play for the first time. That must be an incredible feeling?

Caliban and I Killed The Prom Queen are staples in the metalcore scene and massive bands that have helped define the genre. We are so excited to be given the opportunity to share the stage with these bands and in places we have yet to play. It going to be a massive eye opener for us and hopefully great for exposure in new places! These opportunities don’t come around often and it still hasn’t sunk in that they are being offered to us…

Do you have any plans for a UK tour in support of Illuminate?

We most certainly do. Late this year and early next year we have a few things in the pipeline that we cant mention right this moment but are very excited about. We have a great network of management and PR behind us and the release of this EP and can’t wait to get on the road to play some shows!

We always end our interviews with some random questions…

Novitatis Dresden in Germany, we turned up to a location that literally looked like it was a high rise housing estate. The venue was underneath the houses and its looked you could fit 60-70 people in at a serious push.
The final ticket count when we went on was 157, we spent the whole set in the crowd either crowd surfing or in the center of the mosh pit.. Was the sweatiest and most fun show we have ever played.

Also in the UK we got booked to play a house party. Turned up and we ended up playing his back garden to about 70-80 people, the entire garden was a mosh pit. People were having to use their phone as lights so Jack, Tony, Seb and Dom could see what they were playing. All in all a very successful and messy night.

I once got pulled over for speeding… Real rebel here.. i was doing 44mph in a 40 zone. Got a slap on the wrist. personally i didn’t think i warranted being pulled over but hey.

In all seriousness, we are far too sensible. And any stories we have to tell are honest to god cannot be repeated.

A light drizzle, a bit overcast from last night right now. A cold sunny beer is on the horizon as we are about to go off and party like its 1988 is the forecast for tonight.

(DOM) Yeh man for real… There is definitely something out there and some spooky shit goes on. I remember once I woke up and swear down there was a cat on my windowsill…. turns out my cat was on the window sill (i love cats)

Thank you guys its been a pleasure.