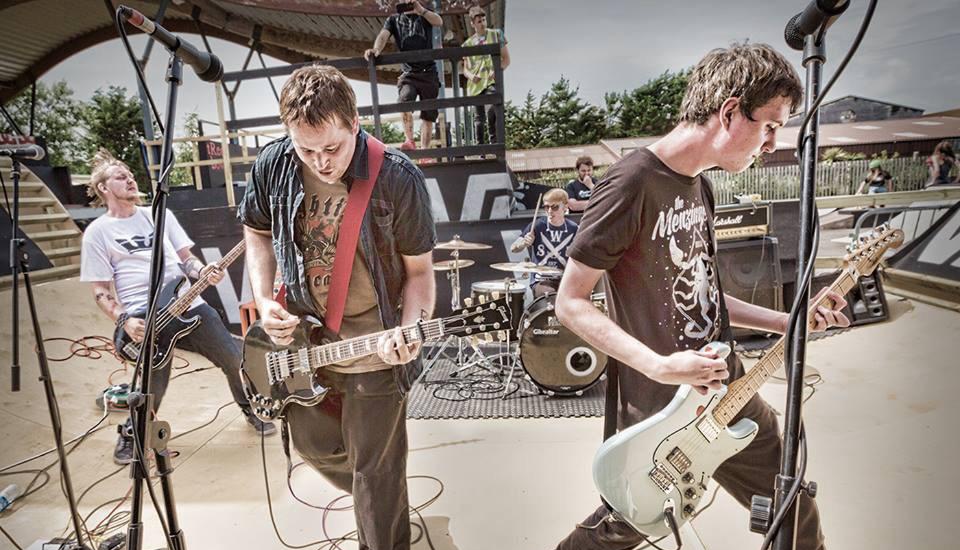 Hello Light Fire Down, how are you today?

A bit inebriated, but good

Why ‘Light Fire Down’?

It’s a lyric from the first song Rich wrote about 16 years ago. For some reason it stuck with him and we liked the sound of it for a band name.

You released ‘Piece of You’ this year – what was it like creating this EP?

It was more of a concentrated effort than our first release. We had very set goals of what we wanted to do in the studio this time around whereas beforehand it was chaotic and alot of things were done on the fly.
Our first EP was very safe for us, we stuck to a formula and sound we were used to but this time around we aimed to try and capture more of our own sound and I think we managed that.

How has ‘Piece of You’ been recieved?

Quite well considering it’s still early days. All reviews have been positive so far and we’re enjoying the attention at the moment. We were nervous about releasing this EP due to how it’s a slight departure from the sound we had on Lighthouse, but our fans have given us great feedback and that’s encourging.

We have a tour booked and ready to head out to at the start of May, which includes a slot at the Teddy Rocks Festival in Blandford and we’re working on getting something done in August too.

When approaching your creation of your sound, what influences you?

We’re all big fans of early 2000 west coast style pop-punk as well as alot of the early 90’s “seattle sound” bands so I think that’s where most of our sound comes from.
We’ve always liked the kind of music that just makes you wanna sing along and go absolutely nuts to and I think that comes off it what we do.
Since Rich does most of the bare bones writing for our songs on his acoustic at home, influencing bands on that writing knowing Rich would be Therapy? (he’s a huge fan), Alkaline Trio and Nirvana.

If someone has not seen you live before, what can they expect?

Poor amercian accents! Nah, we’ve been told we give off alot of energy during our live performance that’s easy to just jump around to and I like that. Plenty of sing-a-long moments, energy and asshatery.

What music are you digging at the moment?

Breaking this down for each member:

We couldn’t decide on just one but given the chance we’d like to do something with The Murderburgers, Criminal Minds, Weatherstate, Nathan Detroit or Theives By The Code.