Following the release of sophomore EP ‘JuniorLand’ earlier this year, we caught up with Junior after they had wrapped up their UK tour entitled ‘Michael Jordan’… 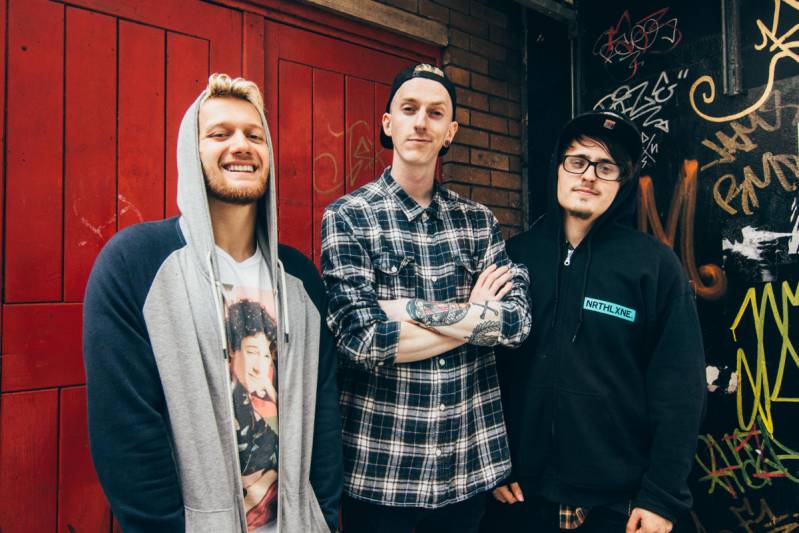 Following the release of sophomore EP ‘JuniorLand’ earlier this year, we caught up with Junior after they had wrapped up their UK tour entitled ‘Michael Jordan’…

Hello Junior, how are you today?

You released ‘Juniorland’ recently and its received so many amazing plaudits, did you ever expect this response?

Mark : We were always hoping for this EP to get heard by a lot of people, because we’re all really proud of how it turned out! It’s awesome that other people are enjoying it too though, we’ve had very few negative responses from it, and hopefully we can keep spreading it around to as many ears as possible.

Matt: I guess we were never 100% sure what the reaction would be. We love every inch of the record and if it was panned, we still would of loved it, but it’s so great to know that people feel as strongly about it as we do.

I think the main success of the EP is that is not written about the necessarily stereotypical topics that most modern-day Pop Punk bands write about…was this something you subconsciously did or did it come natural?

Si: I think we’re at a really exciting time for pop-punk right now, with a lot of attention on the scene and a whole bunch of new opportunities for bands like ours. I think with that, though, comes the risk of becoming repetitive, and an increasing difficulty in standing out from the crowd of all the other pop-punk bands blowing up. So while writing about different subject matter came naturally, I think we all had it in our minds that we didn’t want to become a cliche.

You’ve wrapped up your ‘Michael Tourdan’ now, how did the new tracks go down live?

Mark : The new tracks have had a great response! It’s also been loads of fun for us to have new material to play. It definitely adds to our performance.

Si: Yeah it was great seeing the number of people singing along at shows this time around was more than on our last tour, The Road to Juniorland. And it was just nice to get to cities we haven’t played in before too.

With the tour finished and the EP released, what is next for Junior?

Si: Ah well, you gotta keep a few secrets don’t you? But pretty much, touring as much as possible, and working on our next release.

Matt: I think the goal now is to just reach as many people as possible. Play as many shows as we can and try and get on as many platforms. We’ve got a couple tricks up our sleeve for 2016, so watch this space…

You are signed to Ambition Records, how has being signed to a label helped you as a band?

Si: for me personally, I think signing with Ambition was an affirmation that we were doing something right – if someone likes what they hear enough to put cash behind it to have physical copies and flags made, then the record that we put so much of ourselves into cant be THAT bad..! Plus I feel like it’s added some credibility when we’ve applied for a few things too. Making us seem a bit more legit.

With all members having hectic occupations, do you ever worry that Junior may have to take a back seat at some point?

Mark : People always ask how I juggle pro wrestling and the band, but the truth is, Matt is currently in University, and Si runs a non profit organisation, so we all have to juggle our priorities, but it almost makes it more rewarding. I don’t think there’s ever necessarily a good time for someone to try and be successful in music, it’s just a privilege to be able to make enough time to do it, and hope that it keeps paying off.

Now we always end our interviews with some random and/or silly questions so are you ready?!

Si: I’m pretty sure if we did Wrestlemania I’d end up beating the world champ and taking a lot of flak, like Lesnar did when he beat Undertaker.. I’m not sure I could take that kind of heat, so for that reason alone, it’s gotta be Reading.

Mark : Either way i’m gonna do a backflip and end up real sweaty.

Matt: Gotta be reading. I feel like as soon as we headline reading, Wrestlemania will come naturally

If Junior was a car, what would it be and why?

Si: probably a Reliant Robin, like they have in Only Fools and Horses.. 3 wheels, not the most reliable, and full of weird stuff to sell.

Matt: I think Si’s Golf that we used to shift the gear round on tour is the best representation of us. Deceptively small, but lots of ambition. Also we have wheels.

Who is the worst dressed in the band?

Mark : I’m gonna say me. Unless we’re talking about lycra/spandex.

Si: Yeah sorry bro. Gotta be Mark. You have shorts that I’ve literally never seen for sale anywhere, probably because they’re so painful to look at. Love you really!