As part of our coverage at Camden Rocks Festival 2016, Robert Brennan took on the role of resident interviewer. In this article, he sat down with punk rockers Drones who played in Milan the night before! 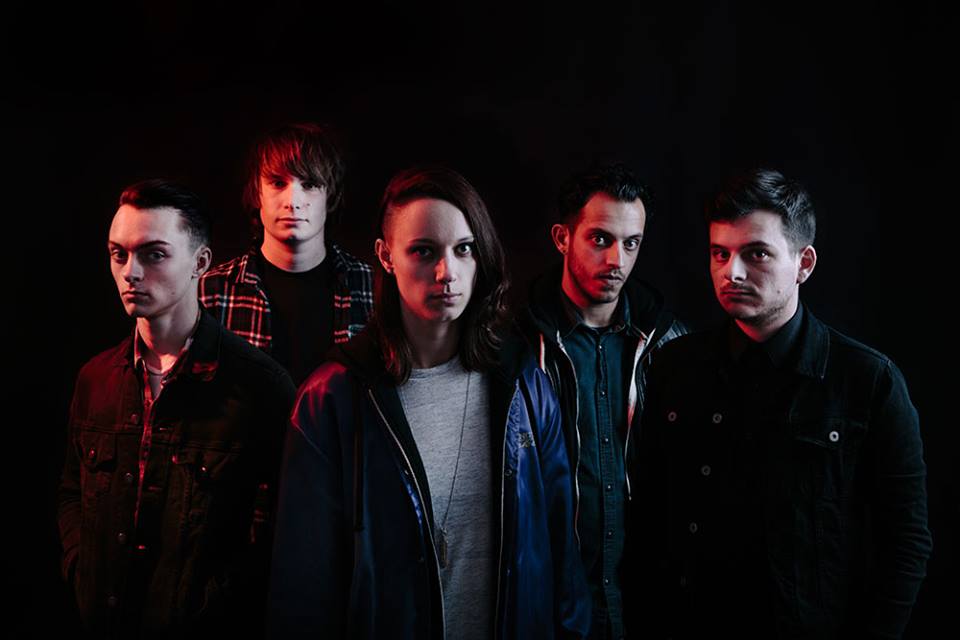 As part of our coverage at Camden Rocks Festival 2016, Robert Brennan took on the role of resident interviewer. In this article, he sat down with punk rockers Drones who played in Milan the night before!

All: They all laugh. We played in Milan yesterday, the gig started at 10pm and it went on late, we got back to Brighton at about 1am, and we are here because we are troopers, but we are all hanging out of our arses
We made it by the skin of our teeth and we’re pleased we made it as Camden Rocks Festival is such a good show!

Were you surprised that people were waiting outside to get in to see you at the Good Mixer?

Mitchell: I thought it was going to be a minimal crowd, obviously Camden Rocks is Camden Rocks and it’s awesome. But I thought that early (12pm) there can’t be that many people, we thought there may be a struggle to get people a long, but it was absolutely rammed
Lois: I said oh my god look, out the window, there are humans…

Have you played Camden Before?

Mitchell: Some of us have before, being a new line-up it will be our first together. But with the old line up we did play Camden Rocks festival a couple years back , we played around here quite about before, it’s a great place to play, it’s like a cultural hotbed of music in the UK.
So when did the new line up come together?
I believe we all got together around September…wasn’t it?
Lois: Nah it definitely wasn’t later than October-November time
A Mutual friend recruited me – these guys both toured in bands before and they disbanded so it seemed to all come together
Mitchell: Well haha me and Jay met each other at a party once but we didn’t realise we hadn’t met each other,
What sparked the memories of your meeting beforehand?
Well, it was when he came in for the first audition and sat there I said hold on….I know you
Lois: we had met before as well, but we had to work out how we met
It’s all tight nit community.

So when did you start Drones?

Mitchell: Oh..oh my…fuckin’ hell err, it was a while ago *laughs*it was about 2010 but we weren’t taking it really seriously until the last three years were it is all coming together properly.

You said you just got back from Milan, where else in Europe have you played?

Dresden in Germany and Prague!
Our favourite venue on the tour was Meppen in Germany, it was packed out in this intimate venue, the crowd was absolutely wild, the guys there knew the words and were singing back to us. We were so well looked after, everyone was great!

What’s next for you?

Playing Roundhouse July 9th at the punk weekender and it’s just down the road, it has a lot of immerging bands on the bill.

Your video for Parasite…when was that released and who did the video?

Came out a couple weeks, and for the video oh, it was an amalgamation of people
AltCorner – someone you met at a party?
All Laugh – we got a guy we know who does a lot of video footage, his name is Ryan Chang, Tim did a lot of the editing himself, a mate of Tim called Ben put the lyrics over the top.

You happy with the video?

Oh god yeah, it was a long process but was fun

What is the plan for the year ahead?

Write an EP, playing all the festivals…ALL OF THEM HAHA

Biggest influence for you guys?

It’s different for all of us…
Mitchell: Gallows, Rise Against, Distillers, Strike Anywhere, Come Back Kids, and Anti-Flag
Lois: Pop side of punk for sure! New Found Glory, more recently Rise Against.

Do you all write the lyrics?

Yeah we all do it together!

Is there an album coming out soon?

We reckon we will do a four track EP, but it is all in the works at the moment!

Plan for the rest of the day?

DRINK!!!
See some amazing bands and enjoy this hangover
The Hell is a band we really want to see today, oh and  Norma Jean!