It was with great pleasure that I had a chat with Lead Singer, Buddy Nielsen about the upcoming release ‘Pull The Thorns From Your Heart’ and the meaning of the album. Buddy also spoke about the career of Senses Fail, when they are next in the UK and how they’ve always written music for the love of music.

Senses Fail are a post-hardcore band from River Vale, New Jersey. Celebrating over ten years as a band, Senses Fail have continued to change their sound drastically from their debut full length ‘Let It Enfold You’ in 2004. The band is built on the emphasis of creating the kind of music they want to, putting the creation of their art at the forefront of their ambitions. It was with great pleasure that I had a chat with Lead Singer, Buddy Nielsen about the upcoming release ‘Pull The Thorns From Your Heart’ and the meaning of the album. Buddy also spoke about the career of Senses Fail, when they are next in the UK and how they’ve always written music for the love of music.

Hello Buddy, It is an absolute pleasure to be speaking to you, how have you been recently?

Thanks I have been great!

You are gearing up to release new album ‘PULL THE THORNS FROM YOUR HEART’ – why did you choose that name for this album and what does it represent when taking into account the album’s themes?

It is from a poem by a Suffi man named Rumi. He is a very famous 13th century poet who lived in the middle east and practice Suffism which is a branch of mystical Islam. For me it represents the act of purification and the act of letting go of old pain. The full line from the poem is “to wander int he fields of flowers, pull the the thorns from your heart”. In order to love, be loved, find peace you have to remove bandages and tend to the deeps wounds, if you don’t they will never heal. Not only will they never heal, they will harden and scare. When you live life with a harden heart, they is no joy, because there is no flexibility, there is no give and take. There is only defensiveness and pushing away. Tending to our wounds hurts, pulling out a thorn hurts, dealing with the grief of a loved one that you have refused to mourn hurts. Pain is part of life, you cannot have beauty and love without pain and our lives are a balance of pleasant and un-pleasant, when we acknowledge that and work towards balance we can find the things we are looking for. That is what this record is about.

‘Renacer’ was my favourite album of 2013, how do you feel when you look back at that release?

I love it. I think it was the beginning for the next decade of Senses Fail. It’s everything I’ve wanted to do with music but wasn’t allowed to.

Many bands who have been around for as long as which you have seem to soften their sound but you seem to have got more passionate and aggressive, what has been the driving force behind this?

I love heavy music. I love paring the heavy music with positive lyrics about spirituality and truth. That is the kind of band I want to listen to. I also really like spacey, atmospheric music as well and mixing the two together is a a very fun way to be creative. The older I get the more I feel that I understand what I am trying to convey. The more single pointed I get the more power I want behind the music. Questioning your sexuality, you life, meaning to this all, doesn’t mesh well with pop music or pop structure. I think there needs to be some weight and power behind the music in order to really dig into things that are heavy.

You have said that on the new album “I wanted the heaviness and anger of the record to not be matched with equal words of despair but words that show growth and change” – how significant do you think it is that people take on this outlook that the album is trying to provide?

I don’t know. I have no idea how people view things. They view things through their own filter. All I can do is provide a guide in which to experience it but I can’t experience it for people. I am sure some people will dig right in and digest all the layers, meanings, look up the different Buddhist concepts I am discussing and then others will think it flat out sucks or is trying to hard.

The vast majority of Senses Fail songs are damningly personal and it is very much like its just the hearts of the bands wide open on a page, do you find the personal themes and experience spoken about as therapeutic and how does it help you deal with things?

Absolutely, everything is blood on the page. Everything written is my truth. I gain an ability to let a lot of this stuff go through the process of writing, creating, recording and then releasing. The act of actually releasing the record is an actual act of release for me. I no longer own these thoughts or experiences, they are now for other people to view. So they almost are no longer mine, I have moved on to a new present moment and new experience and that is what making music does for me and allows me to do.

The album has been billed as your ‘boldest’ to date, do you agree with this statement?

Yes, it is as far away from where the band started as we have ever gone and if you put it on without the name you would probably have no idea who it is. I think it’s a pretty bold thing for a band to take a risk 13 years into a successful career. I guess that is what I would classify as bold.

What I love about your music and what I also respect the most is your ability to keep changing because YOU want to, not because it is beneficial for money, each release is driven purely on passion and being proud of your art, do you have a sense of achievement that you’ve done it your own way for over ten years?

Thank you. Yes, over the last two records I feel we really achieved making music for the sake of making music. You are correct, we don’t make music for money or success, we make it because we love it. Of course I want to be able to do this and make a living. I am not actively trying to make music people don’t like or making music that is different than our previous material just to bother people, I am doing it because it is what feels right. That voice inside me says, “Make this kind of music, write this kind of song”.

Now, you obviously have a wealth of experience in the music industry and AltCorner works with a lot of upcoming artists, so if you could give three pieces of advice to aspiring bands, what would they be?

Don’t trying and do this to be successful or you will fail. If making music isn’t your only goal and passion in life if will be really hard to stay with it. There are a lot of sacrifices one needs to make when being a musician, if you are not willing to sacrifice everything for your art, than I don’t think you will make it very far.

Your tracks like ‘Can’t be Saved’ and ‘Buried A Lie’ are absolute classics for people my age, do you still enjoy diving into the back catalogue when playing live?

Yes, I love playing whatever song gets the crowd going. We make the music we make now for ourselves, if that doesn’t translate live than we wont’ play it. When you come see us live you will hear all your favorite songs not matter what we just released. We will always be playing the songs that made us popular.

Thanks ever so much for taking the time out to talk to us, as one last thing, when can we expect Senses Fail back touring in the UK?

Thanks! We will be coming in October for nine shows. 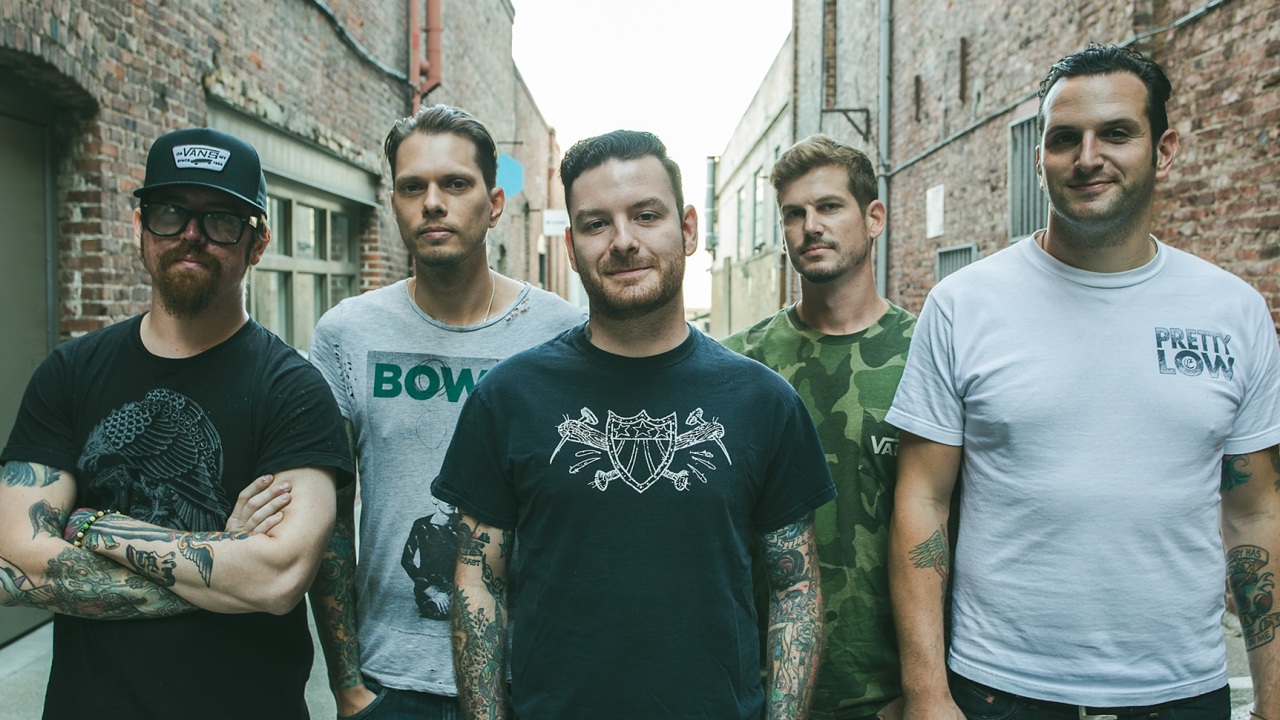