We sat down with the lovely scream queen Ash Costello from New Years Day in Cardiff to talk about Malevolence, touring and the controversial New Grave genre. 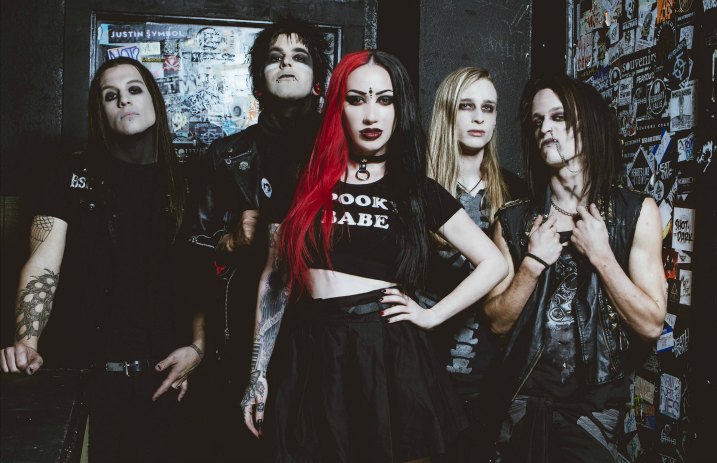 We sat down with the lovely scream queen Ash Costello from New Years Day in Cardiff to talk about Malevolence, touring and the controversial New Grave genre.

Malevolence has received rave reviews since it’s October release, are you pleased with how its been received?

Yeah, I’m always happy when people like our music. I mean, although I like a bit of controversy, on the whole everyone being really supportive is really nice. It’s gone better than I thought it was going to.

The lyrical content is much more personal than your previous releases, does this make it harder to perform the tracks live?

No. I mean it actually makes it easier because I still get mad when I think about it because some of the situations are still situations that I go through, so I get mad and I perform better when I’m mad. I don’t know why, so it helps actually.

‘Alone’ is one of the deepest lyrically, how did you come to create that track?

What’s your favourite track to perform live and why?

I like Scream (from 2015 album Malevolence). Scream’s fun. I can pretend I’m a stripper on a stripping pole with it. It’s really fun. It’s so much fun, I wish we’d have written a few more like it. We ran out of time, we wanted to but that’s why it stands alone on the record but I like it.

Maybe they’ll be some more like it on the next record?

Yeah definitely, they’ll be a lot more like it on the next one for sure!

You’ve spent a lot of time on the road this year, I know this is technically your third UK run with the Motionless in White and Escape the Fate ones sort of combining together. Does touring all the time get quite boring?

Yeah this is I think our 46th day in a row. Warped tour is 52 days and this run is 60 days so it’ll be our longest run we’ve ever done. Yeah, especially when you’re at the end of a tour it gets pretty repetitive so its just like go to sleep, wake up, get ready, play a show, go to sleep and after a while it’s like ‘something different please’. So yeah it does but we try to make it fun amongst ourselves.

This is your first proper run of headline shows in the UK. I know you’ve done a couple of odd shows but this is the first of a few in a row…

Yeah, we’ve done a couple. This doesn’t really feel like a run either, it’s kind of filling in a hole between festivals. So it isn’t really like a proper tour…not yet, but we’re going to do one soon, like an actual run.

Are you looking forward to getting more of your back catalogue out to the UK fans live?

Yes and no because I like opening as we get to play to people we never would normally so it’s more of a challenge but headlining is definitely more fun as people know who you are so you don’t have to struggle to get everyone on board, everyone’s on board with you but I like them both a lot. So I look forward to it yeah.

What’s the most challenging song to perform?

Victims (from 2013’s Victim to Villains album). It’s really hard to sing. I don’t know why. We play that one every now and again.

You just played Slam Dunk, was there anyone on the line-up that you were impressed with and would want to tour with in the future?

Oh yeah, Of Mice & Men, Creeper, The Word Alive, Miss May I, Norma Jean, Every Time I Die. We’re all friends with them all already so there wasn’t too many bands that we were meeting for the first time.

Kerrang started off the New Grave genre. What do you think of the genre because you’ve been put in as sort of the front-runners for it. There’s been some mixed responses about the label from people who have been put under the banner.

Oh has there? I think it’s cool to be called the front runner of anything, so that is an honour, especially from such a well-known magazine with so much history like Kerrang! Being described as leading the charge of any scene is awesome. I don’t care if they call it the ‘poop machine scene’. I don’t care, it’s fucking awesome putting us in charge of that. I would care if it was called that but I think it’s cool, I like it.

Nikki (Misery, guitar) threw up on the bar once and on my shoes. Yeah we were playing a boring as show in Minnesota and we just didn’t care about it so we drank too much and he looked fine. All of a sudden he looked down and just threw up all over the top of the bar and it dripped down onto my shoes. No one else saw except me and him so I was like “slowly back away, get out of here”. 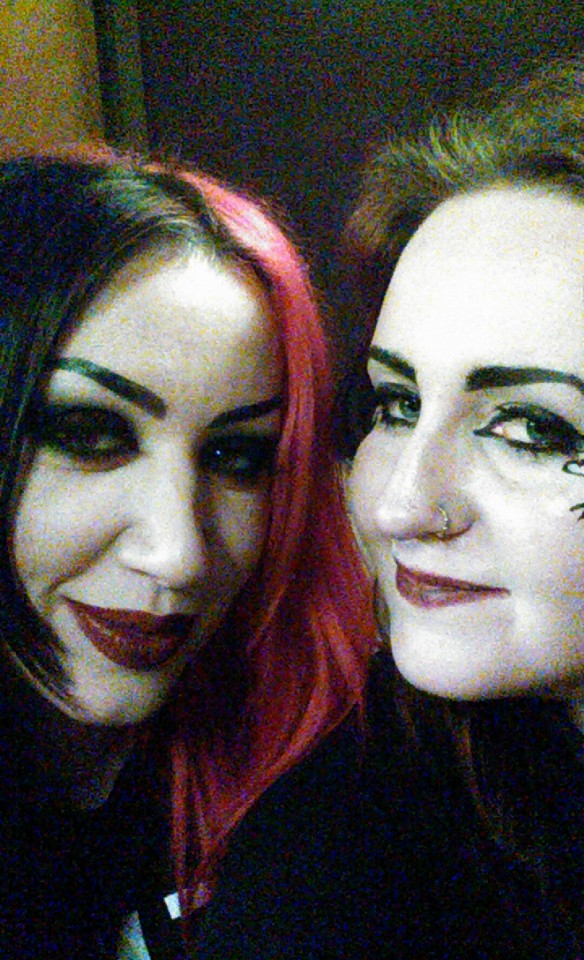