A chat with Patersani at Question Session, Stereo, Glasgow.

“We are recording at 45-a-side with Bruce Rintoul, in the last week in July. So, he’s done stuff with Twin Atlantic, Fatherson, so we are back in to record a New EP with him and hopefully that will mean a release at the end of this year”. 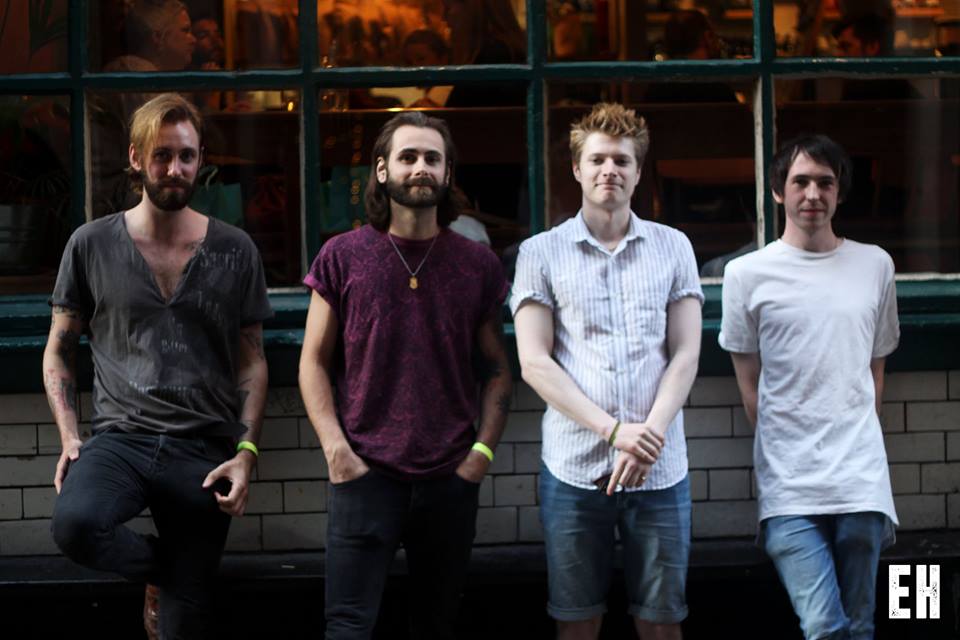 Dave- It came about because me and Craig were both playing seperatly and getting fed up with feeling like we weren’t making as much headway as we could be so we sat down one day with the two guitars and started writing stuff together and it started off with the two of us playing acoustic guitars just messing around and we didn’t have a name at that point, and we were out having some alcoholic beverages one night and our friends were calling Craig “Patersani” and we were like well, we’ll stick with it. So, it was actually Craig was getting called Patersani and we ended up sticking with it, then Danny our Drummer started and Colin our bassist joined and that’s how our band ended up in our current format.

What is your most favourite song in the set you guys are playing tonight?

Danny- We have a song called high, its not about literally getting high its just about the feeling of being high and we quite like that, its quite upbeat, nice tempo to it, its good!

Dave- My favourite is still lost and found, it’s just my favourite one we’ve got, I like playing it live, we play it at the start of the set and it gets everything kicked off.

Colin- Mines is a song called planets, because I get a good bass line so it’s my time to shine in that one.

What’s the biggest achievement you guys have made?

Dave- Everyone’s opinion will probably differ, for it has to be the first time headlining King Tut’s and selling it out. For me that’s the best thing we have done, growing up in Glasgow going to King Tut’s 100 times and then we sold it out ourselves which was pretty mental!

Craig- For me its not like a gig, I was working my day job one day in Derby and I finished at 4pm and I was working again at 8 the next day and we actually made it down to Derby played the gig, managed to make it back up, I got home at like 6am, then went to work at 8am then I finished at 4pm again and I thought I was going to die from exhaustion. So, like that’s a different kind of achievement I guess but I survived.

What is the hardest thing about being in a band?

Danny- Putting up with each other!

Dave- Getting too many tattoos, trying to afford it.

Can we look forward to new music this year?

Dave- We are recording at 45-a-side with Bruce Rintoul, in the last week in July. So, he’s done stuff with Twin Atlantic, Fatherson, so we are back in to record a New EP with him and hopefully that will mean a release at the end of this year!