A chat with Miami Monroe at Question Session, Stereo, Glasgow.

At their recent performance at Stereo in Glasgow, Kirsty Johnston caught up with the band… 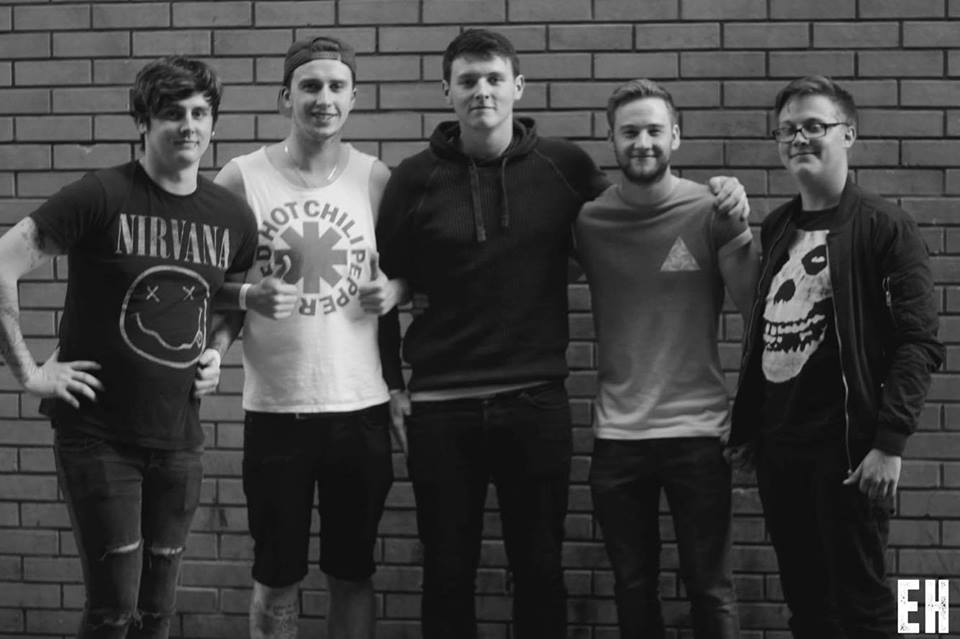 Miami Monroe was a famous gardener who’s love for pop-punk grew into something much more special than potting a Petunia. He eventually grew so large from all the pop-punk, that his body gave birth to 5 brand new Miami Monroe’s. They went on to become a fast and energetic band, heavily inspired by the likes of Green Day, You Me At Six, The Bouncing Souls, and of course, Snoop Doggy Dogg. At their recent performance at Stereo in Glasgow, Kirsty Johnston caught up with the band…

So, what can we expect from you guys tonight?

Jamie- Probably just.. hopefully do the provisional set list from our new EP, so hopefully you will hear all these nice new tracks that we have done tonight for our new EP! We are recording it at 45-a-side.

Who are your main influences as a band?

Jonathan- We are mainly influenced by the second wave of punk, bands like Blink 182, Sum 41 and Snoop Doggy Dog.

Listen to ‘Falling For You’:

When writing music, do you make it personal to yourselves or do you write something fans can relate to?

Stuart- Our band has two main writers, whenever I’m writing a song, I kind of make it personal towards myself. I know Jordan writes songs that people can relate to, but quite often when we come together as a band the songs become something people can relate to from a personal experience.

On your first EP “Knots & Crosses” what is your favourite song on the EP and why?

Jordan- On our first EP “Knots & Crosses”, I’d say our favourite song was Daddy Issues, it stands out out of all of them and most people feedback wise said that was their favourite song also. So, as a band we take the fans choice.

What is the biggest achievement you guys have made?

Brendan- Our biggest achievement to date is playing the O2 ABC Mainstage, but we have a gig towards the end of the year on October 15th supporting Altered Sky alongside Beyond Recall and Magic Trik.

Can we look forward to new music this year?

Jordan- We are hoping to record our new EP “Held at Random” sometime in September and hopefully have it out before Christmas!