We chat to Memphis May Fire at Slam Dunk 2017

The last of our Slam Dunk 2017 interviews is with Memphis May Fire’s frontman Matty Mullins ahead of their headlining slot on the Impericon Stage We chat about Slam Dunk, new music and mental health. This is your third Slam Dunk appearance and you’ve now joined the elite group in consecutive returners. How does that […] 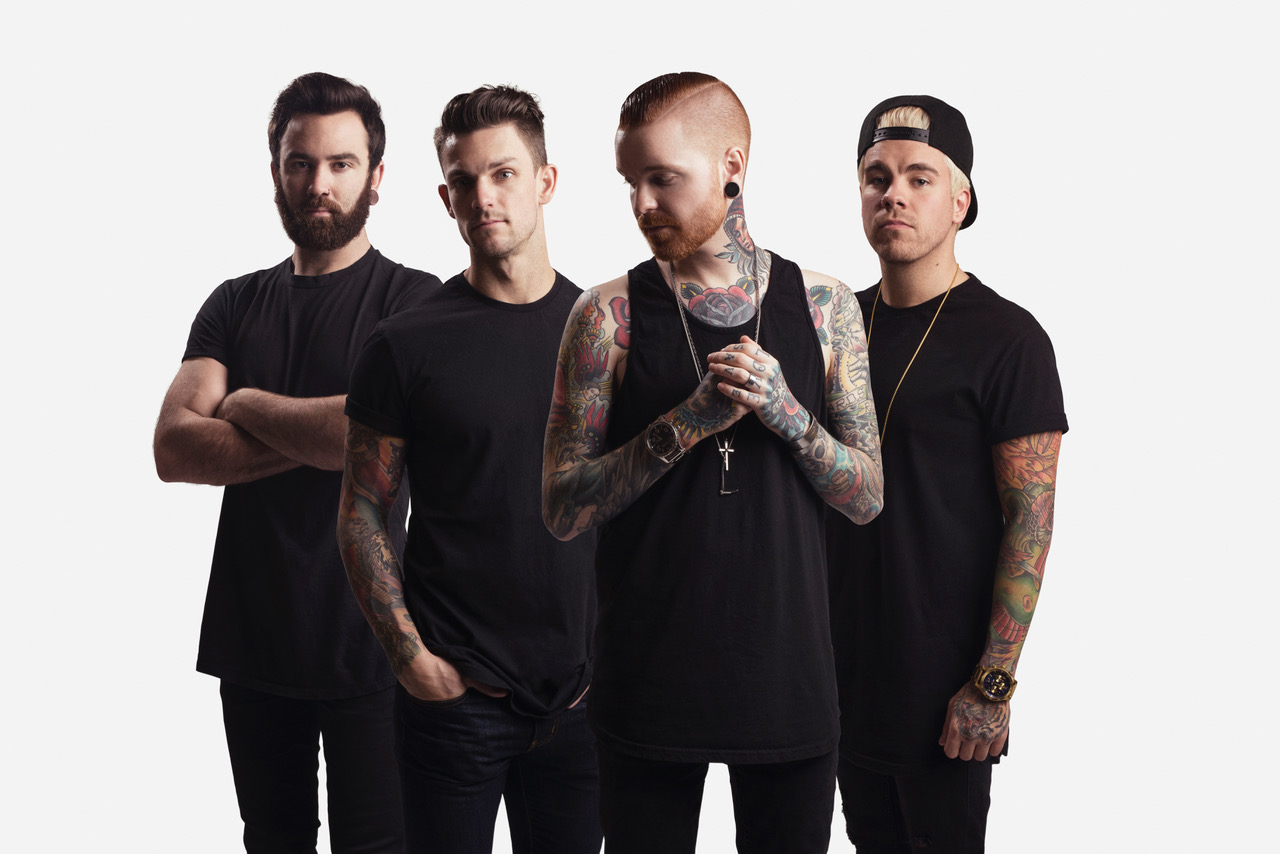 The last of our Slam Dunk 2017 interviews is with Memphis May Fire’s frontman Matty Mullins ahead of their headlining slot on the Impericon Stage We chat about Slam Dunk, new music and mental health.

This is your third Slam Dunk appearance and you’ve now joined the elite group in consecutive returners. How does that make you feel?

Yeah. We love Slam Dunk, we love the UK, it definitely feels like a secondary home to us these days. We love coming back and our fans here are just as special to us as our long time American fans so we feel honoured to come back. I think Slam Dunk is an incredible opportunity so we’re thankful!

That’s awesome. You’re headlining the Impericon stage this year. How does that make you feel?

Yeah, it’s an honour. When we saw that we were just like “woah”. I think it’s always a little nerve-wracking cause you’re just like “man I hope that we give people what they want” but we just wanna get up and give it our all like we always do. We’ve done a lot of headlining over the past couple of years throughout the states and even over here so I think we’ll do it justice. Hopefully.

The bands on your stage are incredible but we know you’ll live up to it!

How have you found the reaction to This Light I Hold since its release?

It’s been awesome, we expected some push back on it because it’s a little different to our previous records but the response has been incredible. People have actually, genuinely been enjoying the record so we’re thankful.

It is a great record! Are you working on a follow up yet? Or are you just focusing on the touring cycle?

Thank you! Yeah we have already written and recorded a new song that’ll probably come out before we even do Warped Tour in America, which is awesome! We’re always writing and recording, we love being creative and just constantly putting out new material for the fans so you can expect to hear some new music soon!

That’s awesome! Are you looking forward to Warped Tour?

Yeah definitely! This will be our fourth time and it’ll be a long and hot summer but definitely worth it! It’s the best American summer tour you can do!

You recently released the video for That’s Just Life, can you tell us about the inspiration behind the track?

When I was struggling really hard with anxiety and depression I always felt like if I talked about it that it would trigger someone else or it would trigger my own emotions and so I didn’t talk about it enough and when I started to talk about it, I started to realise how healing that could be and how healing it could be for other people too. When you talk about those things, it makes people realise that they’re not alone in it. So that’s what that video and song are all about, just admitting that I struggled and to talk about it so that a lot of people know that they aren’t alone and to let that be the anthem for anybody that deals with that.

So what advice would you give for people who are struggling to deal with their anxiety or depression and feel that they can’t talk about it?

I think that therapy is incredible, the right therapy, finding a much recommended therapist that can really walk you through how to balance those emotions and maybe it’s medication that you need if you have a chemical imbalance. The fact of the matter is, people aren’t going crazy, lives are imperfect, we’re imperfect creatures and we have imbalances and things go wrong sometimes and that’s okay, physical illness is no different than mental illness and I think that if people were less embarrassed about it and more willing to talk about it, I think the healing process would really start to begin.

You were recently part of the March Madness tour with an incredible lineup alongside Blessthefall and The Color Morale, I’m quite jealous that it hasn’t come over to the UK! How was that tour?

We’ve toured with those bands quite a bit, we didn’t know if it was going to be exciting for our fans or not but it was. It was a massive success! People really loved that show and I’m so glad we did it. I might even bring it over to the UK!

Please do! Do you have any plans for 2017 that you can tell us? You’ve mentioned Warped tour and there may be a new record?

Yeah definitely, I think a new record is in order, I mean it would only be a year apart from This Light I Hold in October but yeah definitely, we’re always writing and recording. Just a lot of touring, nothing I can announce specifically yet other than Warped but yeah we’re gonna be moving.

So you can’t say if there’s another possible UK tour yet?

We always come back so we’ll find out!

We always end with some random questions; what’s the funniest joke you know?

How did Harry Potter get down the hill? By rolling, J.K Rowling. Is that not good? I thought it was hilarious!

(Laughs) It was a good one! I liked it, I’ve not heard it before and I’ve heard most of the Harry Potter jokes! What would be a god theme song for your life?

That’s tough! My entire life?! Probably Mary Had A Little lamb. I just can’t think of anything so we’ll go with that.

Fair enough. How many tattoos do you have and which has the most meaning?

I can’t even count anymore. I would say hundreds and I’d like to say the most important would be my knuckles, they say “only love will save” and it gives a good opportunity to talk to people about that and just to be forward about it.

Do you want to talk about it?

Yeah definitely! I believe in Jesus and I’m a Christian, I’m a believer so I think a lot of Christians get so wrapped up in religion and trying to know what’s right and do what’s right and everything and I just think that we can get so wrapped up in that and it’s not at all what people need. I think people just need to be loved, I don’t think it’s our right or our obligation to judge people or anything because we’re very much flawed people just the same but to love them instead. I think that if we love people, that will lead them ultimately to where they need to be and so only love will save.

That’s nice and agreeable. Finally is there anything else you want to say to our readers?

Thank you for listening and if you haven’t heard our new record yet please check it out, we’re very proud of it. It’s called This Light I Hold.

Thank you very much for speaking to us today Matty.

Nice to meet you.