We chat to Hill Valley High

We caught up with Hill Valley High front man Phil Marsh to chat about their first Download performance, his puppy’s new chew toy and why you should never meet your heroes…. 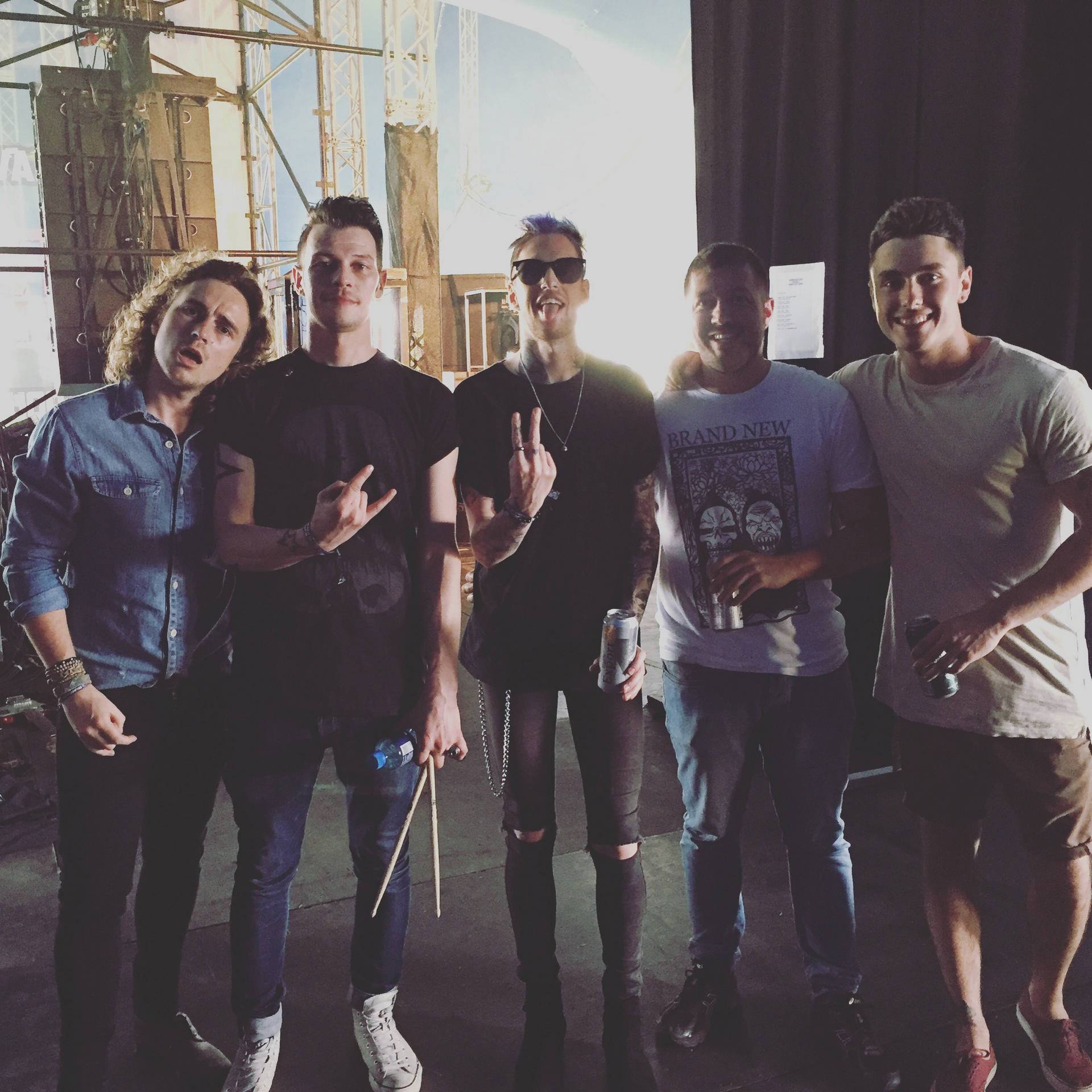 We caught up with Hill Valley High front man Phil Marsh to chat about their first Download performance, his puppy’s new chew toy and why you should never meet your heroes….

Hey, how are you?

Good thanks ! Currently sat with my puppy and slowly becoming a chew toy. Other than that good.

You opened the Maverick stage at Download this year, that must have been an incredible experience?

Was MENTAL!! To be on this years line up amongst some huge names was an honour ! You can even see us in quite large print on the T shirt haha

While you have a very pop-rock sound,not usually seen at Download, your stage presence has always had more of a punk feel. How do you think the crowd reacted towards you?

Thanks ! I feel we do try and cater for each performance we do, so obviously download we picked songs that we felt would keep energy high. In regards to performance that’s something that just happens. We all like to ‘Give it some ‘I guess and I think with punk being an influence to so many genres I think that certainly sneaks into out performance.

Do you draw influence from any specific artists or genres?

All sorts ! We’re all influenced by different artists / bands. That’s what’s great about writing in this band there’s always something new to the mixture. Whether that be a harmony. Melody or a guitar sound. Keeps things exciting.
If you’re all into the same stuff it can become stale pretty quick I’d say.

Your debut full-length was released earlier this year and it sounds great, the tracks are quite varied. Was that a conscious decision?

Truth is we just put out some songs. To our followers and fans. No PR campaign nothing ! So to class it as an official release is something we want to tread carefully with. There’s going to be a fresh release and we’re hoping to reach the masses.
As far as the songs go I think from the general feedback it’s a good move.
People will be shocked with what will follow this too I’m sure.

Do you have any plans for the rest of the year?

Well at the moment writing ! Also we have a show on a line up with Little mix which is exciting ha. Oh and Kasabian also.
We can’t say too much but we’ve had some meetings. We have some things in the pipe line so hopefully there’s loads to come.

We always end our interviews with some random questions.

What would be your zombie apocalypse survival plan?

Well I can’t speak for the other guys HOWEVER mine would be head to a small market town. Somewhere with agricultural history, that way there’s guns. Sharp objects and little population! Plenty of time to let the big shit calm down and then make a new life for yourself ! Pretty bad ass plan if you ask me.

I’d rather live without a computer. Music I need. It’s nourishing. Too much tech in this world. Let’s go chill with a guitar on a beach or field away from all the bull shit and create something. Obviously take some beers too ??

You have one question to ask one of your idols, what do you ask and who will it be?

Mannnnn that’s a tough one.
Like mega tough ! I’m stumped. But it would probably be something ridiculous and i’d forever look like an idiot.
However I did meet the man who played Darth Vader recently and he denied me a photo and offered me a cup cake.
Moral of the story ‘DONT MEET YOUR HEROES KIDS’

So many funny stories. I’ll start with this one as its current.
Download performance was incredible. We went drinking afterwards. The next day we all met up but couldn’t find our guitarist, Dan. Turns out security found him at like 6 am passed out on a random spot of grass and had to take him back to his tent , he then followed up this great occasion by getting our FOH name tattood on him. The tattoo just simply read ‘you’ve been squired ‘
That’s tame for our stories was still incredibly funny!
But come to a show. Hang out and no doubt more stories will be told ha!

Thanks for chatting to me too. ?