A chat with Counterfeit at Slam Dunk 2017

Off the back of their recent UK/European tour and the release of incredible debut album Together We Are Stronger, Counterfeit were set to take to the stage for their first Slam Dunk appearances. We caught up with the band at Slam Dunk Midlands to talk playing while Jamie is watching Beartooth, touring, their debut album […] 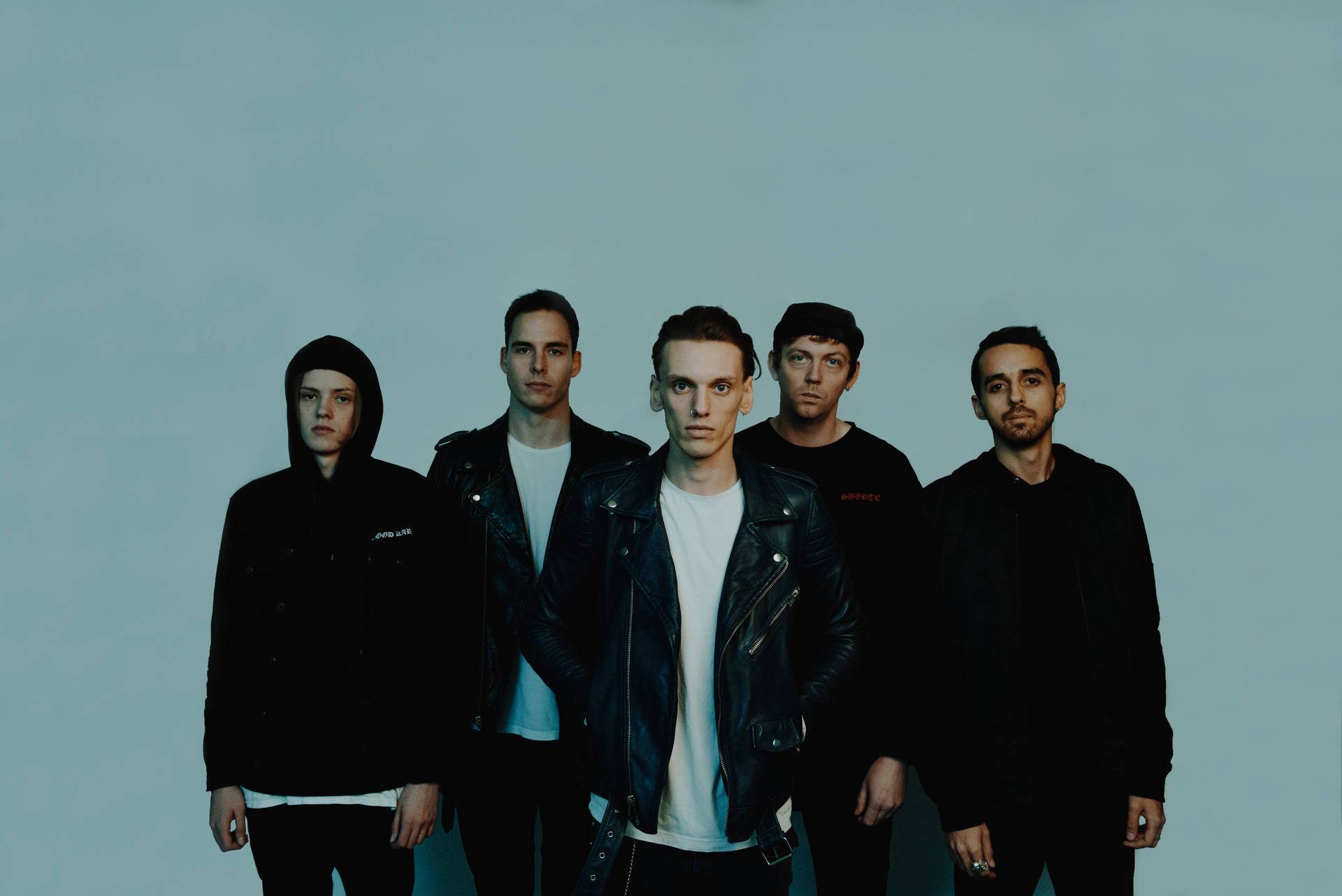 Off the back of their recent UK/European tour and the release of incredible debut album Together We Are Stronger, Counterfeit were set to take to the stage for their first Slam Dunk appearances. We caught up with the band at Slam Dunk Midlands to talk playing while Jamie is watching Beartooth, touring, their debut album and lying to mums.

You’re making your Slam Dunk debut this weekend, are you looking forward to it?

Jamie: Very, very excited. The line-up’s amazing this year and the energy!

Sam: The energy just walking around is great! I love it when people are running around in between each stage.

Jamie: It’s so good for the scene man, it’s such a good vibe and there’s so many varied, different bands here which is so nice, you can listen to anything. There’s not a lot of festivals that are like this particularly in the UK. I can’t really think of another one.

Tristan: I think Download moved away from this style of music a while ago and it’s nice that someone’s picked it up. It’s cool.

Are there any bands that you want to see over the weekend?

All: they were sick.

Sam: The Bronx, Stray From The Path.

Jamie: Against Me for sure. There’s some fuckery and I’ve said this before but we clash with Beartooth and I have a big love for that band! Like huge love! Particularly that record, not the last one, the one before (Disgusting, 2013) and yeah they’re a massive band for me so I’m pretty bummed. If I’m not there boys, I’ll be at Beartooth.

Tristan: We can do an instrumental set.

Jamie: I’ve got a wireless guitar and the mic is long enough to reach into main stage so fuck it, I’ll be in there!

You can just play from there while watching.

You recently completed a headline tour, how was that for you?

Roland: Really good, it was the longest tour we’ve ever done. It was around 5 weeks, 2 weeks in the UK and 3 weeks in Europe which was really good!

Tristan: The nice thing is we got to see different cities we’ve never seen before.

Roland: Yeah, like Germany was amazing and we got to hit the UK as well which was amazing, it was nice to get out there and tour and have an album out.

Talking about the album (Together We Are Stronger), you recently released it. How pleased are you with the response? Everyone I know that has listened to it has loved it and I love it myself!

Jamie: We’re stoked. For me, I mean I can’t speak for everyone else, but I’ve tried to stay away from things like reviews and so on, it’s really just like for every good one, there’s always going to be a bad one and the bad ones knock you back two steps and the good ones take you forwards one right? So I stay away from that. For me, it’s all about the reaction from people who know the band or have come to shows or have supported the band and they really connected with it which is obviously incredibly overwhelming for us because at the end of the day, our music and what we do is just about a shared experience and the unification within that. So to have people connect with it and like it is kinda beyond our wildest expectations really. I guess we also tried not to have expectations as well, at the same time, you kinda have to put that shit to the back of your head but I’ll be real with you, you know I was terrified two days before it came out, I think we all probably went through this process of thinking “oh this is great” for a couple of weeks and then a couple of weeks of “oh my god this is the worst thing I’ve ever done. Everyone’s gonna hate it.” Then you go back to loving it again, it’s that constant struggle because it’s us, there’s nowhere to hide.

Jamie: Yeah for all of us I think. It’s a really personal thing and that’s how it should be.

Jamie: Exposing ourselves in a bad way (laughs). In a way that’ll get you locked up.

You said it’s quite a personal record, can you tell us about the inspiration behind it?

Jamie: Sure. I mentioned this in an interview I’ve done before but I kinda went through a process of, I suppose like, maturing slightly from the way I behaved in my mid-teens to mid-twenties and I purposefully changed certain aspects of my life and upon doing so, found myself left with the innermost me and the most me I’d ever been since I was probably about 14 and feeling very vulnerable and feeling very naked and I needed to vent probably about 10 years of what I saw as emotional pain. I tend to work better when I’m in pain, I tend to work better when I’m focusing on the crueller side of life. For me, and I think for this band, is that music and what we do, a lot of it is an exorcism and where a lot of it is like approaching the flaws that we have. I know I’m a fundamentally incredibly flawed human being but every day, trying to change, trying to make that better. I think the lyrics, there’s a lot of lyrics that speak for themselves and I tend not to like to go too deep into each song meaning because you kinda get bogged down in it. I feel like the personal side of it’s there and if you want to, you can look at it and embrace it but it came from a place of I suppose relative trauma.

That’s quite deep. You have six words to convince our readers to come and see you guys live, what would they be?

Jamie: We’re chock-a-block full of festivals this summer which is great. We’re doing a lot of European festivals. We’ve got Reading and Leeds as well. We’re playing the Dan Carter stage, the Pit Stage, which is intense for us as a new band you know, to be given that opportunity is like fucking mind-blowing! So that’s gonna be the UK side of things, Europe, we’re just ploughing through some incredible festivals with incredible line-ups. We’re kinda following Biffy Clyro around this summer so I guess my summer is going to be spent mainly trying to attach myself firmly to Simon Neil by any means possible. After that we’ll have some more music coming out as well, we’ve got some more things for your ears and your eyes. Those will be coming out and then we don’t really wanna say yet because we could be back out there, we could not be back out there. Either way, come the end of the summer, we’re gonna be working.

We always end our interviews with some random questions. Which Star Wars character would you want to be and why?

You’re one of the first ones to say him, everyone goes for Luke or Han! What would be a good theme song for your life?

Sam: Ever watched Countdown? (laughs) that clock is ticking.

Tristan: Michael Jackson! He provided so much value to everyone, I’d love to see him again, a lot of happiness can be brought.

What was the last lie you told?

Jamie: That I brushed my teeth.

Sam: That you didn’t eat that ice cream.

Jamie: Oh wait, my mum asked me something the other day and I straight up lied to her. Oh it was “have you found a GP yet?” and I said yeah, I’ve not had a GP for six years.

Jimmy: I’ve got to say cat.

Jamie: Thank you, if you listened to our record or came to a show. I suppose a lot of bands would say that but you know, it means a lot to us. It’s the only reason we can continue to do what we do.