A chat with Chasing Cadence

We caught up with the lads for a chat… 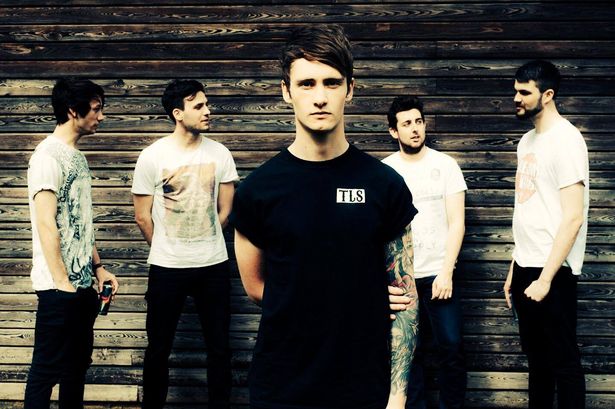 We caught up with the lads for a chat…

HOW DID YOU GUYS ALL MEET, AND FORM A BAND?

Su’h dudes! We all met on Match.com, Alfie likes long walks in the park, Jack preferred the smell of petrol to roses. It was love at first sight.

FOR THOSE THAT DON’T KNOW YOUR BAND HOW WOULD YOU DESCRIBE YOUR BAND?

The best band. Buy all of our music and T-shirts and come to all of our shows immediately.

ANY BAND YOU WOULD LOVE TO TOUR WITH (THAT YOU HAVEN’T ALREADY TOURED WITH)?

Mallory Knox would be cool, I think our styles are similar and I think we could really hold our own as one of their support acts.

CAN WE EXPECT A HEADLINE TOUR IN THE NEAR FUTURE?

Yeah hopefully, for the time being we’re trying to jump on support tours, but once we’ve got a few of those under our belt, I’m sure we’ll do another headline run. We’re playing a headline show in London next month.

YOU RECENTLY RELEASED THE VIDEO FOR THE SINGLE “EVERYONE RELAX”, WHAT IS THE SONG ABOUT?

It’s about how we as musicians follow our passion to the end of the earth, even if it means having no money or no time or no sleep. It’s all worth it just to play on stage for 30 minutes in Barnsley in front of 30 punters.

YOU ARE SET TO RELEASE YOUR NEW EP, DESTROY SOMETHING BEAUTIFUL NEXT MONTH, WHAT WAS THE HARDEST TRACK FOR YOU TO WRITE, AND WHY?

The intro track to our new EP called “It’s Not The Length That counts, It’s What You Do With It” was quite tricky to write at first. I found it really hard to make the variety of time signatures in the riff flow and not feel disjointed.

WHAT IS YOUR FAVOURITE TRACK ON THE EP AND WHY?

I (Rob) personally like “Watching The world” which is also the next music video we’re releasing. I get a little section where I sing on my own – I really like what we’ve done with the native instruments.

HOW DO YOU THINK YOUR FANS WILL REACT TO DESTROY SOMETHING BEAUTIFUL?

As if they’re stuck in a glass case of emotion.

WHO ARE YOUR BIGGEST MUSICAL INFLUENCES?

There are hundreds of bands that we listen to which are subconsciously and consciously drawn from, but we find that actual life experiences or experiences people close to us have had are usually the most natural things to write about.

IF YOU WERENT IN A BAND, WHAT WOULD YOU BE DOING?

Well, none of us are in the band full time. Due to the fact that there is £0 in the industry for bands like us, we’re all working full time doing things like IT, working for the public sector, lighting and sound installs and customer service jobs to enable us to do the band in our spare time.

WHAT ARE YOUR PLANS FOR THE REST OF THE YEAR?

We have our release show on September 29th at The Black Heart in Camden. We’ve also just been announced for the first ever televised Unsigned Music Awards, where we will be playing ‘Dear Life’ at what can only be described as a “poor mans Brit Awards”, either way, we’re very excited about this very unique opportunity.