Black Orchid Empire have been a breath of fresh air since they came onto the scene, bringing back true British rock with massive riffs and intricate melodies. The London based trio have shared the stage with the likes of Biffy Clyro, Editors and Feeder and consist of former members of Queen Adreena and Cape Fear. 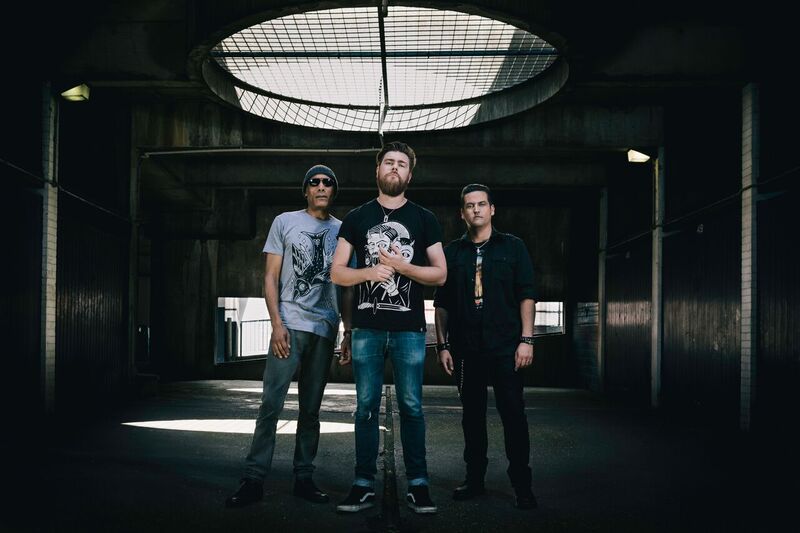 Black Orchid Empire have been a breath of fresh air since they came onto the scene, bringing back true British rock with massive riffs and intricate melodies. The London based trio have shared the stage with the likes of Biffy Clyro, Editors and Feeder and consist of former members of Queen Adreena and Cape Fear. The band released debut album Archetype on November 11 (you can read our review here) and are currently heading out across the UK (dates are at the bottom of the interview). We caught up with the band to chat the album, touring and Donald Duck’s appeal.

You recently released your debut album Archetype. Are you pleased with the reception?

In a word, yes.  We’re absolutely stoked with the reception so far.  It really does seem like people understand what we wanted to achieve with this album, and that’s a great feeling.

In October, you unveiled the video for ‘This City’. How did you come up with the idea for an anime style visual?

We’re all huge fans of Japanese Anime like Ghost In The Shell and Akira and have always wanted to do a video in that style.  Finding the guys at RamJam in Brighton was a stroke of luck.  We had a long boozy lunch and came up with all sorts of crazy ideas.  The fact it was achieved so brilliantly was incredible.

You’ve just started your headline tour, are you looking forward to getting out across the country and playing Archetype to people?

Playing up and down the UK is what we love most about being in a band.  It’s so great to see all the people supporting their local rock scene and how strong that is.

What do you find the hardest part about touring is?

Racking up countless hours in the back of a van is gruelling, but totally worth it.

We always end our interviews with some random questions; What would your chosen topic on Mastermind be?

Paul could bore anyone to death with his knowledge of guitars thanks to a misspent youth working in guitar shops.

Donald Duck.  His flagrant disregard for underwear is appealing.

You have one question to ask any one of your idols, who would you choose and what would you ask?

He’s not really an idol, but we do have a few questions for Simon Cowell..

Prince, because he had more musical talent and knowledge in his smallest extremity than most people will ever accumulate in their lifetime.