Charly&Faust take on the A-Z challenge

Charly&Faust have unique influences ranging from blues to metal with each member bringing their own style to the fore! To find out more about the band, we asked them to take on our A-Z challenge!   A SONG WHICH MADE YOU WANT TO MAKE MUSIC: Faust: “Smooth Criminal” by Michael Jackson is the one! ER: It’s […] 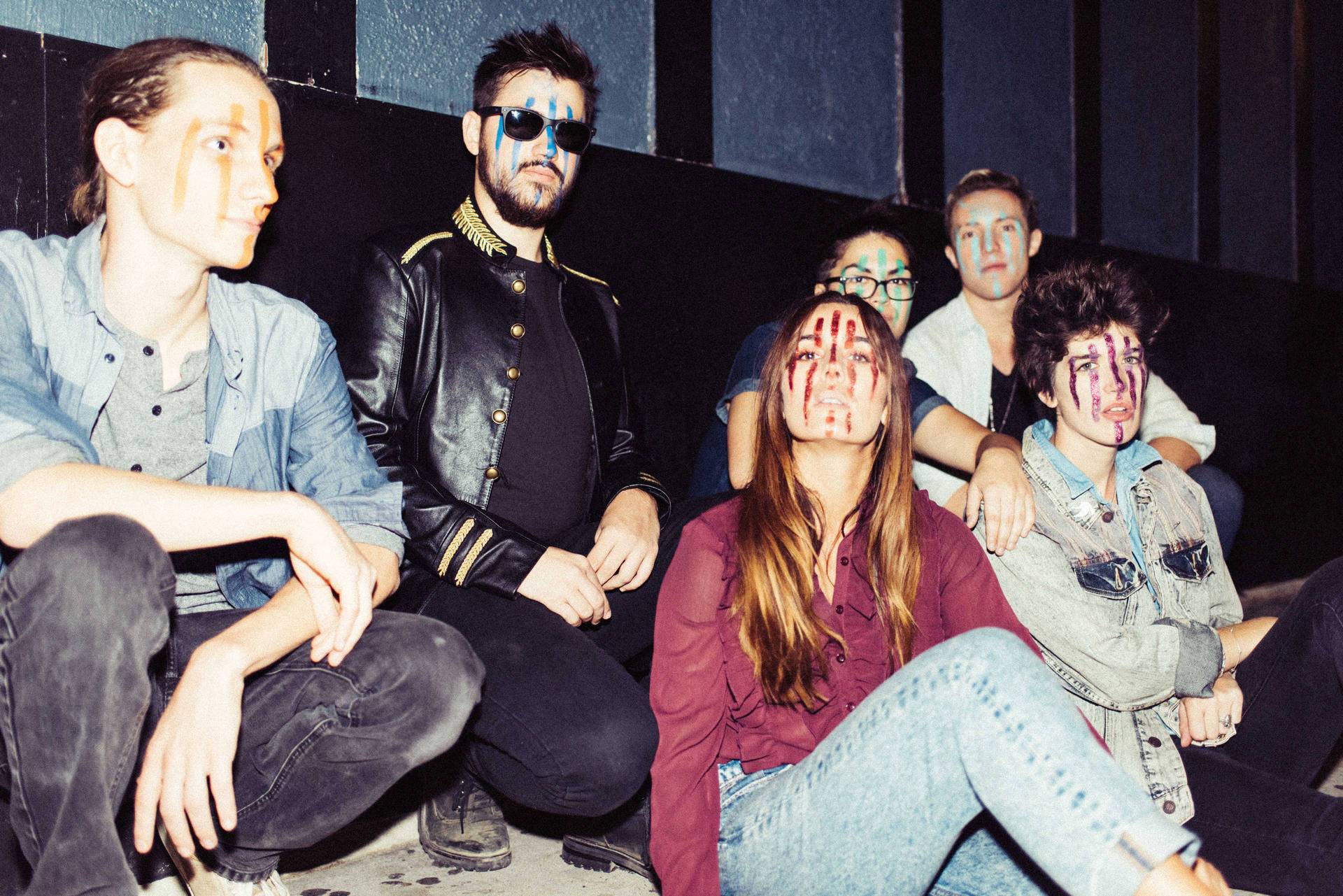 Charly&Faust have unique influences ranging from blues to metal with each member bringing their own style to the fore! To find out more about the band, we asked them to take on our A-Z challenge!

Faust: “Smooth Criminal” by Michael Jackson is the one!

ER: It’s cliché, but I would say Deep Purple “Smoke on the Water”. It’s the first song I learn to play.

Charly: “Won’t Get Fooled Again” by The Who.

NL: “Rider On The Storm” by The Doors.

Faust: I never had a rider before *laughs*.

Charly: We are a young band, so we can’t really ask for crazy things. I would say just having the chance to be asked a rider would already be great *laughs*.

Faust: There is a lot of crazy moments in our band just by the fact we have some clowns in the band! Just check out our vlogs and you’ll see it by yourself!

Charly: Going to In N’ Out after a photoshoot with tribal paint make up on our faces.

JF:  Our ride in the desert to shoot the video clip for ‘No Rush‘ was kinda crazy.

Charly: “You haunt my days and nights. You got me since they died. Don’t tell me your lies, your defence for your crimes!”

Faust: “Run run for my soul. The one you can’t control. I don’t turn around, you’ll never cut me down.”

Faust: The first song Charly and I wrote together “Asshole” was the easiest one. She showed up with the chorus, I took care of the rest! And actually one of my favorites!

ER:  One song from one of my old band, we wrote it in 30 minutes. It’s called “High Dogs” and it’s by The SeptiZ. You can find it on Spotify.

Charly: I think it was on my second EP “Try Again”. It is a song called “Her Lullaby”.

Faust: Currently, my favorite song is the last one we made. It is not out yet so you have to wait a little bit more to discover it! But in our EP my favorite one is “Her”.

NL: “It’s Weird Outside”, written and composed by Eric.

Charly: “Run For my Soul“. There is a lot of feelings going on with this one and the subject is touching me deeply.

Faust: The artist Buddhi De Mal. He is very talented.

Charly: Buddhi for sure. He is one of my best friend and got a true heart and a beautiful soul. It is pretty rare today. I would also love to collaborate with Juan Abela. We have been to school together and the first time I heard him sing I was like “Wow ok this guy got a lot to say!” I was amazed. Specially because it was just for a simple class project.

JF:  Daft Punk, I wanna hear these guys throwing some electrinica madness into our sound.

CH: To have everybody on the same page.

ER:  Being with the other band members *laughs*.

NL :  Traffic to go to rehearsal (well, that’s actually the hardest thing about living in LA to be fair).

Charly : Dealing with all our different and strong temperaments. It is probably also one of our biggest qualities because it makes us go further in our music, but sometimes it can be really hard and hurtful to deal with that.

Charly: Coralie always hurts herself with her drumsticks or even her drums set! There is not a single day when she doesn’t get a new bruise or a new muscle pain.

CH: Charly is not her real name! *laughs*

Faust:  They are all interesting, so I’m gonna pick one… Jeff, our guitar player, always have the words to make you laugh no matter what, but when he works he is really focus!

NL:  Even though he doesn’t look like it, Jeff is actually 12.

Faust: Sarcasm. All the time.

CH: We have a lot that comes up in the moment. Most of the time in French.

JF: Way too many, we spend half of our rehearsals making jokes but that’s the spirit *laughs*.

ER:  You have to let yourself write non stop and never judge your work on the spot.

Charly : A lot of mistakes.

JF :  A big chorus and a lot of teamwork

CH: It would be coming from France to LA.

Charly: I don’t know. Ask my car, it is the one taking care of that part.

Faust: For now I only play with Charly&Faust and we are playing in the Los Angeles area for the moment so it’s never too far! But maybe we’ll go further next year!

ER:  Geneva to Los Angeles. I had to travel this far to play with Charly&Faust *laughs*

CH: All of my teachers from the Musicians Institute. They are amazing!

JF: I’ve met Eric Gales at the NAMM show in LA, he’s a super down to Earth guy and an overall great person.

Charly: That I know personally, I would say Buddhi De Mal and Peace S. Nistades. They taught me a lot and not just in music, but in the way to respect your bandmates and coworkers. That I unfortunately don’t know personally, Assaf Avidan, Lady Gaga and Freddie Mercury.

NL: Polymorph (and I’m saying that in the most selfless way).

Charly: Kings of Washington. I got the chance to see them two years ago. They are awesome. Their harmonies are amazing. I am kind of jealous of the ideas they got to be honest *laughs*

JF: You need to check out The Sutra, a young and fun rock n’ roll band from LA.

ER:  Vulfpeck. Just because I would kill to do that *evil laugh*

Faust: In the USA.

CH: Worldwide, it will be so awesome!

JF:  South America, most of the people out there are going nuts during rock shows even though they don’t really understand the lyrics.

CH: Do what you love!

NL: “The first rule of drumming is that if you make a mistake, turn around and look angrily at the bass player” – Nick Mason

(works even if you’re not a drummer).

ER:  Because we live in a strange and crazy world.

NL :  Cat Stevens reference..? Honestly, I don’t even know, I was sleeping when they decided it.

Charly : Exactly Nathan! That is part of it! The only thing we discovered -too late- is that it was already the title of one of the album of Bastille. Great album by the way!

Charly: And a lot of different venues and festivals during Spring and Summer 2018. We are working on that!

NL: Yes, especially for the artists, it seems.

Faust:  I am personally more touched by the old school music! Probably because I grew up with it!

ER: It was different. The music from the past we remember nowadays is mostly hit songs that were acclaimed back then. All the crap music never last very long.

JF: I have mixed feelings about the question. There’s so many great bands nowdays but there’s no big ‘sound revolutions’ happening anymore.

Charly : Eric is right, time allows good music from a certain period to stay, so we don’t have the worst part of it. I think and want to believe that there is still really good and new artists who are delivering really good music. They are just not the ones that are the most popular.

Faust:  For our EP release we decide to make some cassette instead of CDs. Obviously there is a digital code inside. The idea of having a cool and old school object with the modern touch of the digital is something we had a hard time to figure out but I think we did a pretty good job.

ER: Our EP is on cassette.

Charly: Tampons with our logo on the package. I am not sure it would work, but it would be bad ass. Bands are doing condoms already, so why not being a little bit more feminist there! Charly&Faust is lead by two women for f*cksake!

ER:  Nothing. I feel like that they are sending the right messages.

Faust: We are gonna do an acoustic set very soon, it ll be a different vibes.

JF: I’d love to record an acoustic version of one of our songs.

Charly: That is a dream that it will be hard to realize for now because it might be expensive, but having our songs rerecorded with a philharmonic orchestra would be incredible.

ER: Most of them are family or friends, so it’s mean a lot that they follow us.

Faust: They are the ones we are thankful to. Without them there is no music.

JF:  Everything. The band and the fans are like a family.

NL:  Some potential matches if I ever need a kidney transplant.

X-RAYS OR ANY TREATMENTS NEEDED FOR BAND RELATED INJURIES:

Charly: Some tranquilizers for Jeff when we are bringing a new song to work on during rehearsal! Without them, it would be a disaster.

Faust: We’re never late for a show with Charly&Faust.

ER:  Nobody. We are never late.

JF:  Maybe mine because I’m always hanging out smoking cigarettes or drinking a beer after the soundcheck.

CH: Charly! Shame on you!

Charly: Of course, I am the one who needs to pick up everybody to go to the venue! Next time you will take an Uber Coralie!