CELEB CAR CRASH are a rock band from Italy made up of lead Nicola, Carlo Alberto, Michelangelo and lastly, Simone to finish and shape the music project that is Celeb Car Crash. Since April 2013 with them releasing their first record AMBUSH! through Antstreet Records, they have been working towards their second album “People Are The […] 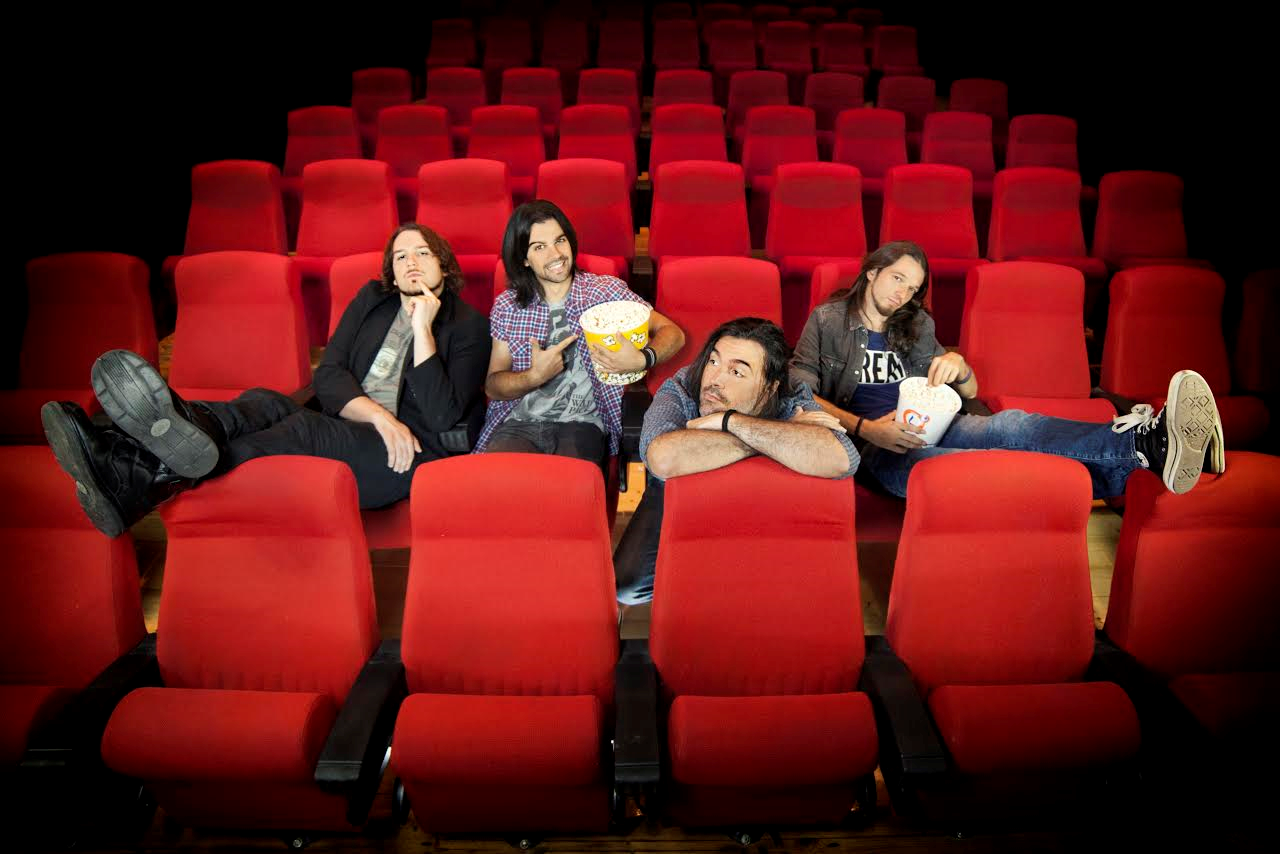 CELEB CAR CRASH are a rock band from Italy made up of lead Nicola, Carlo Alberto, Michelangelo and lastly, Simone to finish and shape the music project that is Celeb Car Crash. Since April 2013 with them releasing their first record AMBUSH! through Antstreet Records, they have been working towards their second album “People Are The Best Show”, released in November this year. With this, we asked one of our interviewers Bethan to delve in into the making of the album and how different it is to their previous work.

How was the process of producing the album?

Miky: Well, we are enough lucky to have a home studio with a good gear, so we did all the recordings there, focusing deeply on the sound research and on the quality of our performances. Then with all the song’s tracks in our precious HD we went to “Studio 73” to start the mixing process guided by the skill hands of Riccardo “Paso” Pasini, who had already worked on our first record titled “AMBUSH!” The ending process, that consist on the mastering, has Muse used for their last record.

Was there any influences behind the album in any way?

Miky: We are deeply influenced by the 90s rock scene. Bands like Soundgarden, Alice in Chains, Nirvana and Foo Fighters are our biggest inspirations; anyway we had also tried to add some modern touches, in particular some songs remind me Kings of Leon and Nine Inch Nails.

In 2013, you released your previous album AMBUSH! How does the sound differ from that album to “People Are The Best Show”?

Miky: I think the big difference between “People Are The Best Show” and what we have done before is the care of arrangements. I mean, you can easily recognize in all our productions which are our main influences, but in this new one you can find a different approach both in terms of sound and mood. We used a lot of different amps, heads and guitars to reach this result. In each song of the new release you can ear small but significant differences that in the end are giving to “People Are The Best Show” a more complex dimension than “Ambush!”

Do any of you have any personal favourite songs from the album?

Miky: I really love the vibe and the groove of “January”. I think is a good mix between “Metallica, Alice in Chains and Nine Inch Nails”. It has a great chorus and also live is giving us a lot of great feedbacks!

You released your single “Let Me in” prior to the album release, how have you found the response for your single?

Miky: We had a very good response, indeed the official video was premiered by Revolver Mag Us, and the song has been broadcasted by a lot of radio stations, including Virgin Radio that is the biggest Rock station here in Italy!

With the release of your fourth upcoming album, you have had so much publicity from around the world, how does it feel for a band like yourselves to have so much attention?

Miky: We feel really proud of our work, and we know we are able to attract the press interesting thank to the quality of our music. I mean, after years of hard work and a lot of energy spent for “People” we are glad that a lot of listeners, reviewers around the world are recognizing the value of our work.

Lastly in terms of the album, will you be playing any shows to celebrate the release of your album?

Miky: We had already played a couple of gigs in our country to give our fans the chance to year the record before it will be official released. They were two great nights, and we are so thankful to see a lot of people very excited about the news songs. Right now we are continuing to tour here in Italy, but we have already some show confirmed in UK, we will play at O2 Academy Islington in London on the 3rd of March. We hope to see you there!