Catching up with Vukovi!

Vukovi are a four peice pop rock band from Kilwinning, Scotland. The band are currently signed to LAB Records and are releasing their debut album on March 10th 2017! We caught up with Janine Shilstone, vocalist of Vukovi to see how to guys were getting on. Starting with the basic question, how did Vukovi come […] 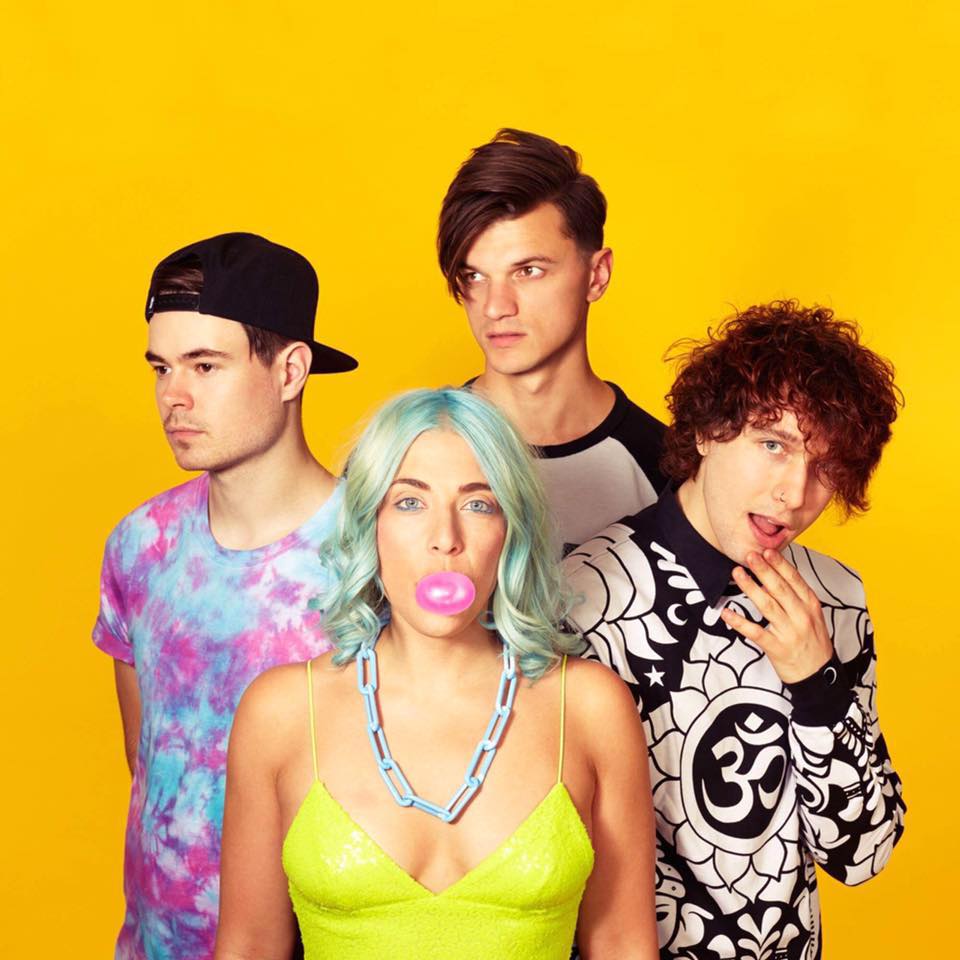 Vukovi are a four peice pop rock band from Kilwinning, Scotland. The band are currently signed to LAB Records and are releasing their debut album on March 10th 2017! We caught up with Janine Shilstone, vocalist of Vukovi to see how to guys were getting on.

Starting with the basic question, how did Vukovi come about?

Before I joined, the boys were in a band called Wolves. They had a guy singer but it wasn’t working out so the drummer at the time contacted me on facebook as we grew up together and he knew I sung in school.

He couldn’t have timed it better because I was actually chucked out of another band the week before, for being a girl.

He asked if I fancied coming along for a jam, which I did, and it went surprisingly well. We all clicked instantly, got a few songs under our belts and about a month later one of our tunes got played on Radio 1. It was at that point we all kinda thought to ourselves “we can do this”.

Your self-titled debut album with be released this march, what inspired you guys for the album?

We wanted to put a record out that shows how far we’ve come and how hard we’ve worked these past few years.

Not trying to be anyone else but ourselves and running with that risk of being different which isn’t always well received. I think performance wise, and lyrically, the album has an almost bipolar character to it.

What can we expect from this album?

A true representation of what and who Vukovi are, and how we’ve evolved after working our arses off and being fucked sideways by various people.

It’s a varied mix of dirty riffs, poppy melodies, becoming a stronger person and has more emotions than a hormonal teenager.

Who are your influences in the music world? Who influenced you to start to sing?

Combined, we have pretty eclectic tastes in music, which I think contributes to our experimental sound. We’re inspired by the likes of Rage, Incubus, FFAF, Battles, Foals, Florence Welch, Sia, Bjork.

We’ve taken a liking to BMTH lately too; I love their innovation and all round production on their last album. They’re the band to beat right now in my eyes.

What’s it like seeing your poster in Kerrang Magazine?

That was a major reality check for us. I didn’t have a clue until someone tagged me in a picture.

This year already is becoming more and more surreal.

Would you say this album can be something fans can relate to or be inspired by?

Absolutely, without going in to too much detail, lyrically this album is very focussed around mental health which is fucking impossible to explain into words. Personally, writing music is far easier to explain what’s going on in my head. Putting it out there to people is my way of saying they’re not alone. So it’s a two way thing. It helps me too.

How long did this album take to write?

Minus the already released singles, and a couple of older songs we wanted to re-record, about two months(ish).

We like the pressure of deadlines and if we sit on new music for too long we get bored of it. Hence why we like a quick turnaround.

What’s next for you guys? Any plans for the future?

Album #2. Take over the world. Buy an island for rescue dogs.