We had the pleasures of catching up with James and Jack from Bristol Pop Punk band Tuskens as we spoke about everything from guilty pleasure to their proudest moment. 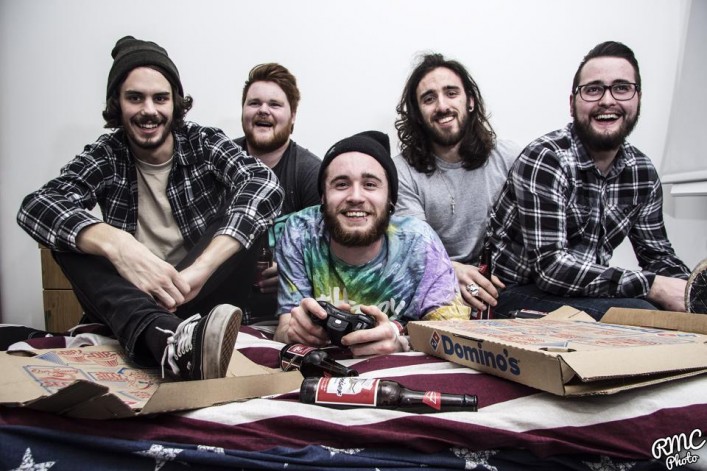 We had the pleasure of catching up with James and Jack from Bristol Pop Punk band Tuskens as we spoke about everything from guilty pleasures to their proudest moment.  Read the interview below:

James- “Yeah it was an awesome year! We released ‘Almost Over’ which we were really proud. It was the first songs that we wrote since our drummer Matt joined and we spent a lot of time as a band writing them unlike our first EP which we wrote a lot of before we had all our members”.

Jack- “2014 was an awesome year for us. We had been a band for a year in September 2014 and got the chance to play with some great bands. We were surprised and so stoked with the response we got over our first year as a band”.

With 2015 underway… what are your plans?

James- “We have a lot planned for 2015. We are writing a new EP and planning a video. We already have some shows booked in places we’ve never been which we are really excited to play!”

Jack- “We really want to play as much as we can! It’s going to be fun playing cities that we have never played. I’m looking forward to getting our new EP finished. If you wanna hear a couple of new songs we might have a few in our set already…”.

When it comes to the creation of your music, do you have a routine or is it just jamming?

James- my routine normally consists of a cup of tea, pen and paper and our demos on repeat haha! I jot down ideas for lyrics all the time, we always demo our songs so I can listen to them and write as well as doing it in a rehearsal room.

Jack- we don’t really have a set way of writing but it is either all put together in a rehearsal or we record demos at home and then bring it to rehearsal to change, add to and get everyone’s input and ideas for the song.

What’s the proudest moment of being a band so far?

James- “I’m just stoked to be a part of Tuskens, and with my friends who allow me to express myself through the lyrical content. we put so much effort into everything we do. I’m proud of my guys and everything that we have achieved so far”.

Jack- “We have played with some great bands which have made us very proud as a band but for me personally I think it’s hearing and seeing people singing along with us at shows. It’s a great feeling and never gets old”.

How did you guys form and why Tuskens?

James- “Can’t remember where Tuskens came from exactly but we all like Star Wars! We had all been in bands before and were all friends. Through previous bands breaking up and wanting to do something a bit different me and Aaron started to demo some ideas and talked about a new band which became Tuskens”.

Jack- “My previous band split up and Aaron and James showed me what they had been working on and needed a guitarist. I really liked the demos, it was exactly the sort of music I wanted to play. As soon as I joined we started working on our first EP”.

Jack- “Blasting Taylor Swift and Katy Perry in my car! Actually I don’t even care. I’m proud of it! Haha”

Check Out Their Single “I Wish I Never” Taken From Their Almost Over EP: