We caught up with US pop-punk newcomers Waterparks amidst the recording of their debut album to chat about their first UK shows, Mikey Way and the Madden Brothers from Good Charlotte and a forthcoming UK run. 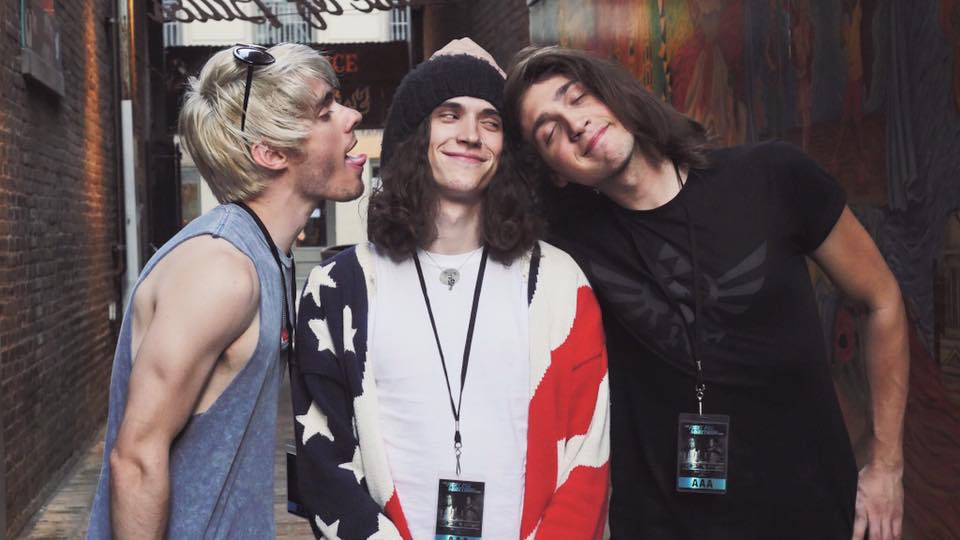 We caught up with US pop-punk newcomers Waterparks amidst the recording of their debut album to chat about their first UK shows, Mikey Way and the Madden Brothers from Good Charlotte and a forthcoming UK run.

Hey guys. How are you? You’ve just played your first UK shows with Slam Dunk and your first headline show is tonight. How have you found the experience so far?

Hello. Sleepy. Otto is taking forever and I just wanna go get coffee. Slam Dunk and the headline show were bananas, man. The third day of Slam Dunk (Hatfied Forum) was probably my favorite UK show we did because it was indoor and people were crazy bouncy. It’s all been surreal. Like, if I step back and look at everything we’re doing on paper it makes me feel all hot and bothered because it’s all so weird.

Cluster has just been released. How pleased are you its reception?

Super pleased, people seemed to like it. It was also sick having that extra surge around it since it just got an “official” release in the UK. But to be real I’m so far up our album’s ass I haven’t thought about Cluster in a while. We’ve been recording for about a month and it’s my favorite thing we’ve ever done by miles.

What was it like having Mikey Way play bass on the EP?

It was sick, Mikey is the man. He brought some ideas to the table we wouldn’t have thought of otherwise. Plus he likes paranormal stuff like me so that’s tight.

You’ve had Good Charlotte backing you including taking you out on their comeback shows and producing Cluster. That must have been an insane appearance?

Yup! We’re doing a tour out there in August with Good Charlotte before doing Reading and Leeds!! BUCKET LIST STUFF FOR REAL.

We always end our interviews with some random questions.

You won’t believe me but I have a stick and poke tattoo of a grilled cheese with bat wings on my grundle. It means Hope.

Describe the person sitting to your right as tomorrows headline…

Listen to ‘No Capes’:

What would be your zombie apocalypse survival plan?

Why does everyone think they’re special enough to be one of the last people left out of a population consisting of BILLIONS? YOU’D BE A DEADASS ZOMBIE LIKE THE REST OF US, YOU SPECIAL SNOWFLAKE.

Which star wars character would you want to be and why?

We would all be Jar Jar Binks.

Dookie by Green Day. The second and third were The Chronicles Of Life and Death by Good Charlotte and then American Idiot by Green Day.

We’ve been thinking about this for like 20 minutes and just came to the realization that we don’t ever feel embarrassment or shame. Whoops. That explains a lot.