We had a chat with progressive metal outfit ESSENCE as we spoke about their new EP, the origins of their sound and more… 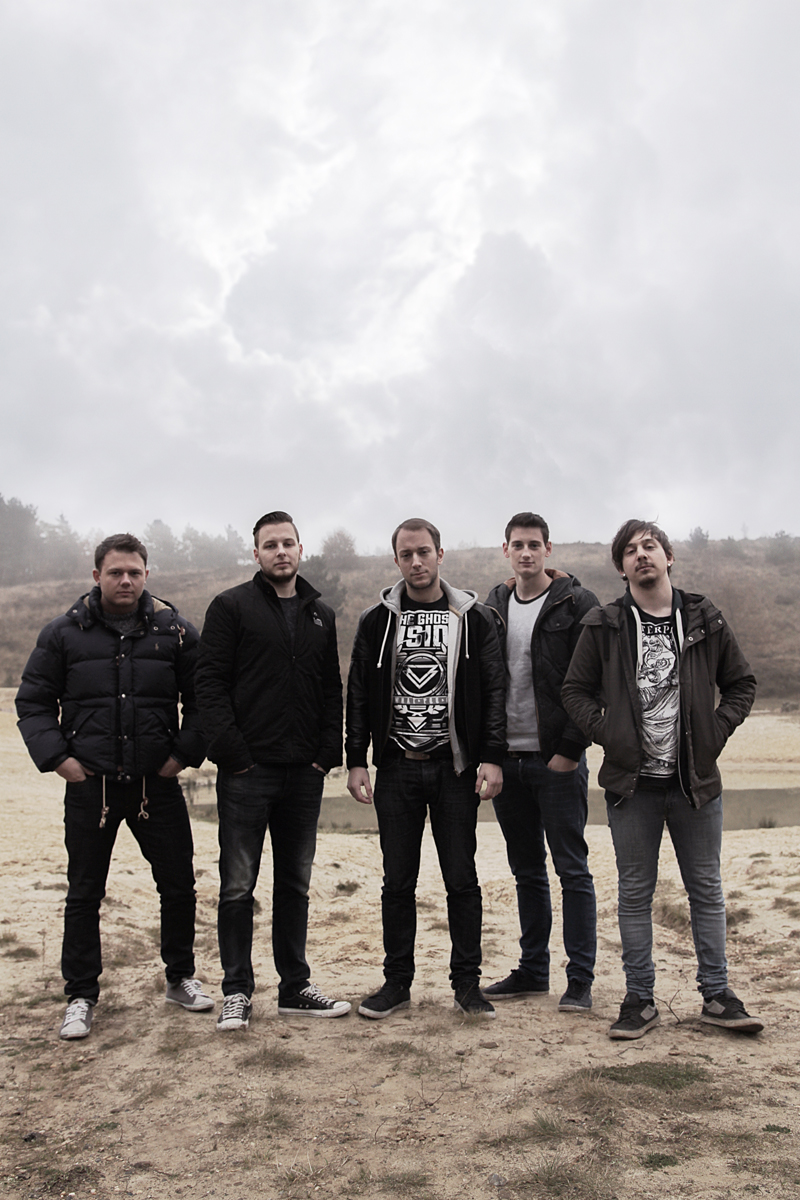 Essence are a five-piece progressive metalcore band from Belgium. After a number of line up changes, they eventually settled on a line up which enabled them to release their first full length album ‘The Defining Elements’ in 2012. Their latest release is in the form of an EP entitled ‘Smoke and Mirrors’. We had a chat with ESSENCE below:

Hello ESSENCE! First of all, we can’t stop listening to ‘The Climb’ – What are the origins of this song and what does it mean to you?

Thanks a lot, we’re really happy to hear you like our first single. We took a bit of a risk releasing ‘The Climb’ first, because it’s definitely a bit ‘different’ compared to other Essence songs. It’s more straight forward and less technical than we normally write, but to us it’s a very strong song, with a lot of melody as well as very heavy parts. Also the lyrics describe perfectly what the rest of the ‘Smoke And Mirrors’ EP is about. It’s about getting over hard times in life and staying positive. For us it was important to finally be able to release some new music after the struggle our vocalist has been through, wich held back the band from releasing new music, but his health is most important. Now we’re finally back with some new music and it’s a great outlet for him to speak about his struggle.

With the release of  the ‘Smoke and Mirrors’ EP which features ‘The Climb’ what can people expect from this release?

We’ll if they like heavy melodic music, ‘Smoke And Mirrors’ will definitely be their thing ! Compared to ‘The Defining Elements’ it’s definitely a step forward for us. The songs are stronger and have more detail to them. The songs go from crushing fast parts, to breakdowns as well as some clean parts, so there’s definitely a lot of variety in the songs. We worked hard on this EP and we’re very happy with the outcome, so if people liked what we did previously, they will definitely enjoy this new EP.

How did you guys actually meet each other and why ‘Essence’?

Well, most of us aren’t the ‘original’ members of Essence. Many years back a few local musicians started this band, but Maarten and Steve are the only 2 members who recorded the first Essence MCD ‘Now Shatter These Fragments’ in 2007. Soon after the recordings of that MCD our current vocalist and good friend Michiel joined Essence, and played every show since the release of ‘Now Shatter These Fragments’, so you can say that it all really started from there on. We knew our bassist Jelle from local shows, and he joined a year before we started writing our first full length ‘The Defining Elements’. Our current guitarist Stein joined the band when we started writing ‘Smoke And Mirrors’, because we part ways with our previous guitar player. He is a very talented guitarist so we were more than happy that he wanted to join our band at the moment we started writing new music.

The original band name was ‘Essence Of Life’, but before we released any music we renamed it to Essence because it simply sounded better to us.

Being founded in Belgium how is the UK support compared to the Belgium support?

We’ve been playing a lot of shows in Belgium for many years so most of the people around here know us by now, compared to the UK where we have never played before and where there are way more people that listen to this kind of music. That makes it hard to compare actually. But since ‘The Defining Elements’ came out we definitely got a lot more fans from everywhere around the world, because of the internet of course. A lot of people found us on Youtube or Facebook, and that’s when our music got a lot more fans. I think we do have a lot of people in the UK that have heard about us and like what we do, but we definitely want to grow more and reach more people over there.

You released your album ‘The Defining Elements’ in 2012, how have you come on as a band since this?

‘The Defining Elements’ was our first full length and it definitely did very well, better than we ever expected. We grew a lot as a band, and we got a lot more fans from all over the world. Throughout 2012/2013 we played many gigs in Belgium, Germany and the Netherlands, and after the ‘The Defining Elements’ period we knew how we wanted our new music to sound like. Also since we’ve been a band for so many years we all grew up together and we’re still very good friends.

We’ve all matured and so has the band we think. You can definitely hear that in these new songs.

What plans are there for 2015 besides the EP release?

We are not really big planners actually, we just want to release new music and give the fans something new to listen to. Hopefully they like our new music, but if they liked ‘The Defining Elements’, than they will definitely like ‘Smoke And Mirrors’ too. We hope to play a lot of shows during this year, release some new videos for the songs on the EP and from there on we’ll see what happens.

Lastly, If people were trying to get into music, what you advice would you give to them?

That’s a difficult question. I think if you start to listen to a new band or a new cd/song it takes some time to grow on you. So mostly when I listen to new music, I listen to it for a few times, even when my first impression isn’t good. Normally after some time I do start to like it. Sometimes I check out an album in a certain period and I don’t like it at all, but when I listen to it again after a while I do seem to like it, so I would say give it a chance and don’t judge too fast.