New Jersey emo rockers Can’t Swim are one of the breakthrough acts of 2017. With their debut album Fail You Again making many peoples album of the year lists. As they closed out 2017 supporting Creeper on the Theatre of Fear tour, I caught up with guitarist and vocalist Chris LoPorto (C) as well as […] 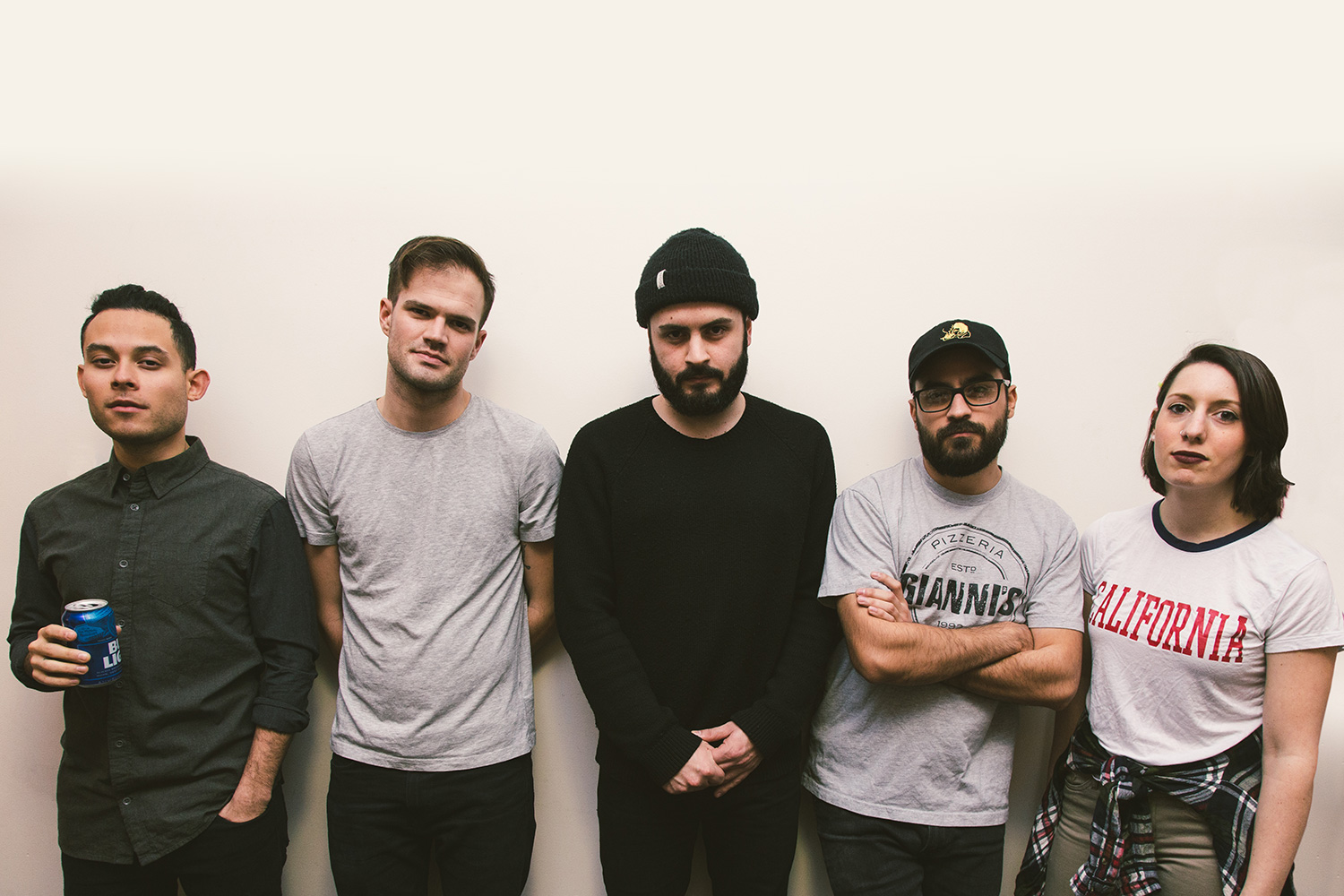 New Jersey emo rockers Can’t Swim are one of the breakthrough acts of 2017. With their debut album Fail You Again making many peoples album of the year lists. As they closed out 2017 supporting Creeper on the Theatre of Fear tour, I caught up with guitarist and vocalist Chris LoPorto (C) as well as guitarist Danny Rico (D). We spoke about what a great year 2017 has been for the band and what 2018 and the future holds for the band.

How has tour been so far?

C: it’s quite a short tour so half way through means we’ve done four shows. But it’s been pretty sick. Creeper is bad ass, crazy live band crazy great. Microwave, long-time friends of ours and Nervus, I’ve never seen them play before but they’re fucking great.

Creeper are THE band in the UK rock scene, and they have a devout following. What’s it like playing in front of Creeper fans?

D: It’s been great. People are way more receptive than we anticipated. We kinda came into this knowing that Creeper have a devout following. So we were like these are gonna be cool shows but no one’s gonna care. It hasn’t really been that way, we’ve been getting a good response, so very thankful for that.

I saw you just over a year ago when you supported Boston Manor playing a venue a tenth the size of the one tonight. What’s it like moving from those smaller venues to bigger ones?

C: It’s funny man. Even since the band started, it’s kinda been like our motif. We do a tour with 200 capacity venues and then we do a tour with someone like New Found Glory which is like 2000 capacity. We’ve been acclimated to all sizes and shapes. I don’t think we get too caught up in it. We just go up there. If there’s ten kids or ten thousand kids we’re gonna put on the same show.

You don’t change it up too much if it’s an intimate show or otherwise?

C: Not really, I’ve seen Greg slam his head harder for five kids than he has for more. I think we just get psyched on the music and our performance, and then sometimes you forget there are two thousand people watching.

2017 has been a big year for Can’t Swim, you released your debut album. How has it been for you?

C: a lot of touring, we’ve probably been in England as much as we’ve been in the United States. Which is awesome because we love it here. It’s been hitting the ground running and I think we’ve done a good job of catching up and making sure nothing exploded. I think we’ve been doing great.

What’s it like seeing the overwhelming reception to your debut album?

C: we worked hard on it and enjoyed making it, so it didn’t feel like work. It was something we were so psyched to do and put out. So to see kids enjoy it the way we enjoy it is crazy man. It’s something I wanted to do since I was a little kid. To be able to tour and go around the world with some songs that we wrote in some shitty apartment is crazy. With no backing and no gameplan, we just made songs that we like. So to be here in London for the tenth time this year is awesome.

The album has a big sound to it, perhaps bigger than you’d expect from a debut album. What was the thinking with going for this sound?

C: (points to Danny) this man is a big producer

D: I think that my sonic interpretation of anything I am involved with is to try and make it big and pretty flashy. It just seems to be my style if I like it or not.

Picking at that a bit more. Songs like “We Won’t Sleep” sound like mainstage festival songs. How did you go around building those songs?

D: That’s 45 guitar tracks. A lot of vocals. That song (We Won’t Sleep) went through quite a lot of changing in the writing. Almost last minute we thought of some gang vocals to back up the chorus. But then we have some more stripped down songs. We cater to whatever the song needs. If we had a 40 person choir singing all of our choruses I think it might get tiresome.

When listening to the album, you have these elements that are reminiscent of hardcore as well as this new wave of emo. How did you bring in all those influences and sounds?

C: I think we all grew up playing in very different kinds of bands. Danny used to play drums in a super-fast punk rock band. Greg used to play guitar in a shreddy metalcore band. And then we all love Kelly Clarkson. We have an eclectic mix and I think Can’t Swim is the verdict of that. Some songs are going to be a little more aggressive and then some are going to sound like John Mayer wrote them.

What’s it like releasing an album to this new wave of emo, a scene that is so strong?

C: It’s exciting. Me and Danny, are a little bit older than some of the young guns out here. We didn’t even know how popular it still was. Bands that we loved when we were in our early twenties, who were killing it ten years ago. And then we put out this record and realised how strong the scene still was. It’s cool to have music that I loved as a teenager, be something that I’m doing as a “career” now. It’s crazy. I didn’t think it would happen but it’s pretty awesome.

C: a lot of touring. And a lot of writing. We are always writing. Whenever we have time off from tour we are always demoing. Probably coming back to England.

How does the writing come about?

C: whenever an idea comes to us. Sometimes at soundcheck. Sometimes I’ll sit in a room for 15 hours and write one note. We are adamant about sticking with it and getting the best result out of whatever idea we have.

D: If we were forced to write a record in a week it’d be pretty bad. Whenever we have a chance to write the littlest thing that we like. So that when the label ask for an album we’re not overwhelmed.

How do you approach that when you have to put an album together, especially if the songs are written a year apart?

C: we all demo it and record it ourselves in house. Danny is pretty much the producer. And I guess I take on the title of song writer. It’s all very collaborative. One single thing I have as an idea, Greg, Chez, Andrea all put their flavour in it. Danny then makes it all make sense. And that’s the Can’t Swim sound.

Do these big productions come in to play in the early songwriting or is it after the demos and later on in the production?

C: I don’t go too crazy in the demos. Danny will come and be like we don’t need that much or that he thinks this part could be bigger. We get the meat and potatoes then add the icing.

Might be a while a way but where do you see Can’t Swim moving musically?

C: We talk about it all the time. It’s probably the hottest topic in our band. I think there are many ways we could take. I think what we’ve been sold on is what we think we’re the best at or what comes natural to us. And our attitude on stage, our vibe as a live band, feels like a more aggressive angrier band. I think the next record will cater more to that. Obviously we’re not going to lose all the dynamics. We’re not going to write stranger twelve times. I think we are trying to harness our live show and cater to that in future writing. We are loud and pissed off all the time so it doesn’t make sense for me to come out there with a harp and a piano. The next record is going to be a bit more angry.