Calm For The Restless take on the A-Z challenge

Brit alt-rockers Calm For The Restless are gearing up for the release of their debut album Finish What You Started on August 24th. We asked the band to take on our A-Z challenge so that we can get to know them more! A song that made you want to make music? Plug in Baby by Muse. It’s […] 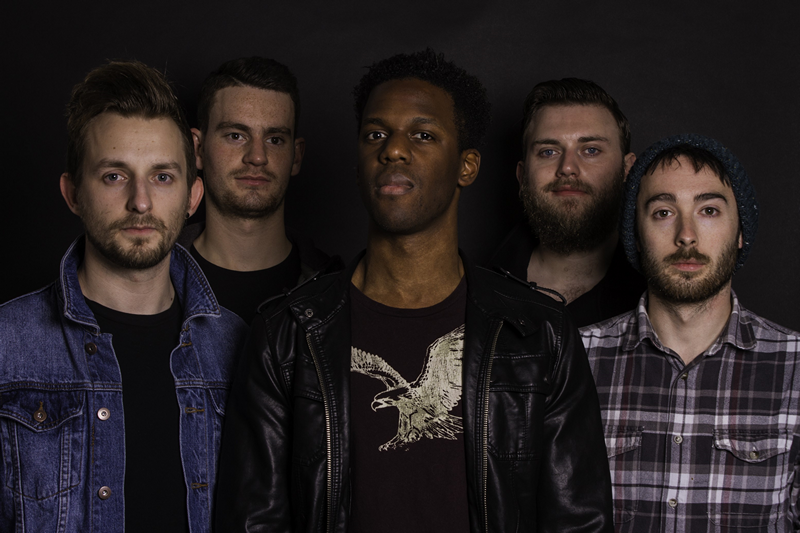 Brit alt-rockers Calm For The Restless are gearing up for the release of their debut album Finish What You Started on August 24th. We asked the band to take on our A-Z challenge so that we can get to know them more!

Plug in Baby by Muse. It’s a song that just makes you want to pick up a guitar. Would be amazing to have the same effect on a fan.

“The Destination” (opening track from Finish What You Started) – simple but effective.

Matt Donnelly – the drummer from Don Broco. Surprisingly, it’s his voice I love. Think he does some great harmonies that would work well with our stuff.

Remembering to bring earplugs to gigs. There’s always one!

Leon (vocalist) climbed Mt Kilimanjaro recently. We were working on an idea to use some of the video footage for a music video for ‘Chase a Life‘ (second track on the album).

One that fans will know is that we can’t start a show until has their thumb raised in the air. Behind the scenes, whenever any of us mention a girl that the other guys haven’t met we ask the question “Have you? Would I?”. I think you can fill in the gaps here.

Patience. When Leon and Martin wrote Years they had written about 4 minutes of music until Mart revealed the only bit that he liked was  the very first chord! Leon was fuming. The first chord stayed on but the rest of the song was scrapped and rewrote everything else.

It’s about to happen. Have a show planned in Amsterdam in a few weeks. We’ll be setting off from Stevenage and drive to Folkestone, cross the channel then drive through France and Belgium to reach The Netherlands. Google tells us it’ll take 6 hours 47 minutes. Challenge accepted.

Enter Shikari – they’re from Hertfordshire as well and Leon and Mart used to watch them performing in pubs in their teens (for free mind).
To see that they’ve reached where they are now just shows you what hard graft can do for you.

Berries – they’re an all-girl hard rock band that supported us at a gig in St Albans once. Absolutely brilliant.

It would be an honour to open for the band that was responsible for our inception.

Continental Europe – it’s all driveable but varies so much in terms of landscape, culture and people. It would be an amazing experience.

Finish what you started.

As well as being a well-known saying, it’s a nod to our first EP “We Started a Fire” as well as a statement as to where we are as a band years later. We made the album as a sort of landmark for ourselves. It has the feeling of a concept album in a way – the story of the band itself.

The Waterhole in Amsterdam.

On the whole absolutely, there are still some great songs coming out but they are fewer and far between. Modern music often feels stripped down and made for short-term enjoyment rather than something that is relevant decades on. Older music was something that was relatable to anyone at anytime. That’s something we want to bring back.

Leon: An artist friend of ours shared the concept drawings of an inflatable balloon of my head that he wanted us to promote. Sometimes at night I can still see it floating.

We once played a hilarious Jazz version of ‘Chase a Life‘ in practice and I genuinely enjoyed it.

The reason we keep going.

Mark (bass) had a hernia operation once, he was gigging the very next day at the Rhythms of the World.

Leon’s but he’ll have you believe that society put him up to it.

A Lion obviously. Have you not been listening to anything we’ve said?