Born Ruffians on new material and their EU tour!

Canadian indie-rock trio Born Ruffians took to Hackney’s hip Oslo to mark their first gig in London since 2015, and their first tour here with their drummer, Steve Hamelin, since 2012. We chatted to Steve about their EU tour, and their latest release. The band are touring to promote the release of their outstanding new […] 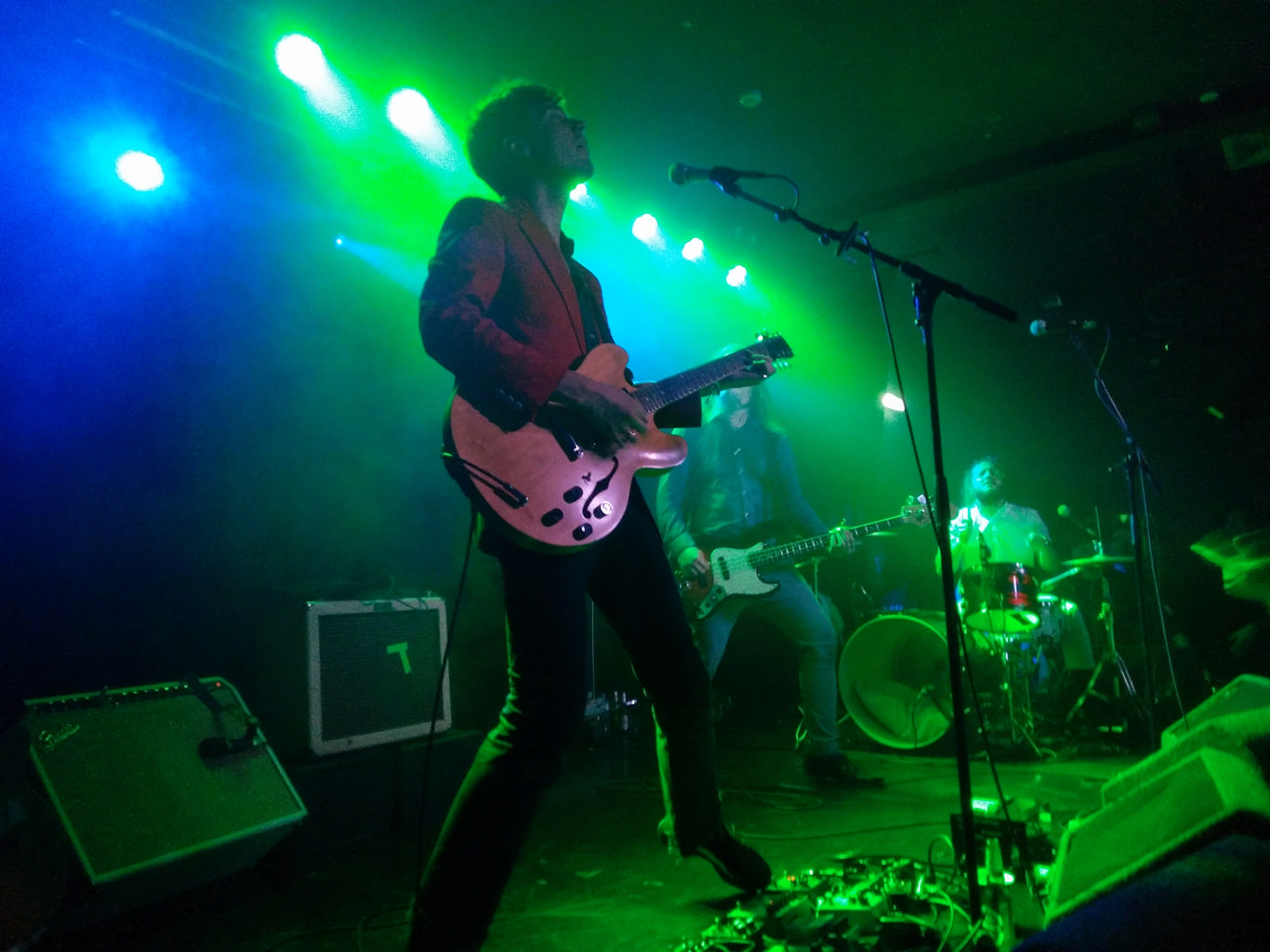 Canadian indie-rock trio Born Ruffians took to Hackney’s hip Oslo to mark their first gig in London since 2015, and their first tour here with their drummer, Steve Hamelin, since 2012. We chatted to Steve about their EU tour, and their latest release.

The band are touring to promote the release of their outstanding new album, ‘Uncle, Duke, & the Chief’, with each title affectionately given to each of the members’ fathers. They’ve credited making the record as their best recording experience: 9 songs in 10 days puts into perspective how productive their time was working with Richard Swift, who they say is an inspiration for the record.

It’s easy to say Richard and Born Ruffians did an exceptional job, as this album has received extremely positive reviews, with carefully crafted songs tackling love, death, ambition, and more in their generally upbeat, explosive, and unique sound.

Steve comments that it’s the first album they can play back-to-back since their debut, and that they’ve really felt like a unit this tour. “It’s been great”, he continued, “we’ve had some really fun shows in Berlin and Paris. Prague was really great, and even cities we’ve never heard of in Germany, just because we don’t know it that well – like Darmstadt was a great outdoor show in the sun. So, no complaints.”

“Berlin, Paris and Prague have been our 3 best shows so far. No offense to the smaller towns, we’ve had all good shows, but we just clicked on those nights. In Berlin in particular, we all got off stage and were like ‘wow what was going on there?’ I think we all just got into the zone. The crowd was great, but I almost feel like even if they weren’t there, there was something between us where we were like ‘we’re locked in tonight’, and that’s always a great feeling.”

Although the band admitted their shows are smaller here than in the US or Canada, it isn’t necessarily a bad thing. “There have been some shows that remind me of when we first started. It feels like shows we played maybe 10 years ago, and sometimes it’s really fun to be in a sweaty club.”

From their social media alone, it seems like the tour has been full great gigs from an audience who have been eagerly awaiting Born Ruffians’ return to this side of the pond – even with the hurdle of Luke not making it to Brussels due to passport issues, their rescheduled show seemed to go down a treat.  “A lot of the crowd is singing the new stuff, so you know they’re not just coming out because they like an old record, but it seems to be going down really well”, Steve said, before pointing out ‘Love Too Soon’, ‘Working Together’ and ‘Fade to Black’ as favourites to play live.

The first of those three songs kicked off their music video trilogy, accompanied by ‘Forget Me’, and ‘Miss You’. The idea for the video came about from directors, Peter Dreimanis and Leah Fay Goldstein, having the idea to use a weird dummy and make a really emotional video for ‘Forget Me’ as the centrepiece. Steve credits them as some of the best videos they’ve made – and also the videos they’ve been most involved in. “With ‘Miss You’ the makeup took hours to get on, and we shot in a few locations over a few days, and it actually required some acting rather than just playing the songs.” – before frontman Luke LaLonde chimed in, admitting he actually made himself cry when they were filming.

Before London’s gig, the band wasn’t sure what to expect from it, as they hadn’t been to London in so long, and in that time places like Paris went from a really rowdy crowd to a really quiet one, with Berlin going the opposite way. “We did 5 shows in Toronto before we came here, and every night was different. But tonight, there’s a rowdy air in the venue.” Rowdy was an understatement.

The gig itself saw the increasingly sweaty venue fill with fans who were ecstatic to witness the cheery band pound through their set with vigour. When the band said they felt like they were playing as a unit, they weren’t wrong. Born Ruffians delivered a stellar performance to an audience who were hanging onto every lyric, riff, and drum beat.

Intimate sway-along moments like the slow jam, ‘Love Too Soon’ were starkly contrasted with the energetic and powerful ‘Hummingbird’; but for me, the gig reached its peak in the encore with ‘Little Garcon’. Backed up by their support band, The Kenneths, and by the audience who were more than ready to provide backing vocals, there was a real sense of unity in the room, which is hard to match, even for bigger bands in bigger venues. It was one of those moments that really emphasise how great live music can be – the only thing I can really compare it to is that bit in the Unity Concert episode of Parks and Recreation where everyone is singing ‘5,000 Candles in the Wind’.

That’s not to say that the rest of their set wasn’t impressive – their 5 albums provided more than enough material to create a set full of fan favourites, with welcomed new additions from ‘Uncle, Duke & the Chief’. ‘I Need a Life’ was welcomed by the crowd with the same enthusiasm as ‘Fade to Black’, both met with equal volumes of cheering and shouting along.

Looking forward, fans will be pleased to know that Born Ruffians are already working on new material, with plans to release a song or two towards the end of this year, leading to an album in 2019. If that didn’t excite you enough, they’re also may be some more of their behind the scenes ‘B-roll’ videos coming soon!