Borders take on the A-Z challenge!

Lincoln tech-metallers Borders are getting closer to the release date of their Diagnosed EP (April 21) so we asked them to take on our A-Z challenge! A song that made you want to make music? Pantera were a mainstay in our youth, the heaviness really shaped our music taste and made us realise that’s the […] 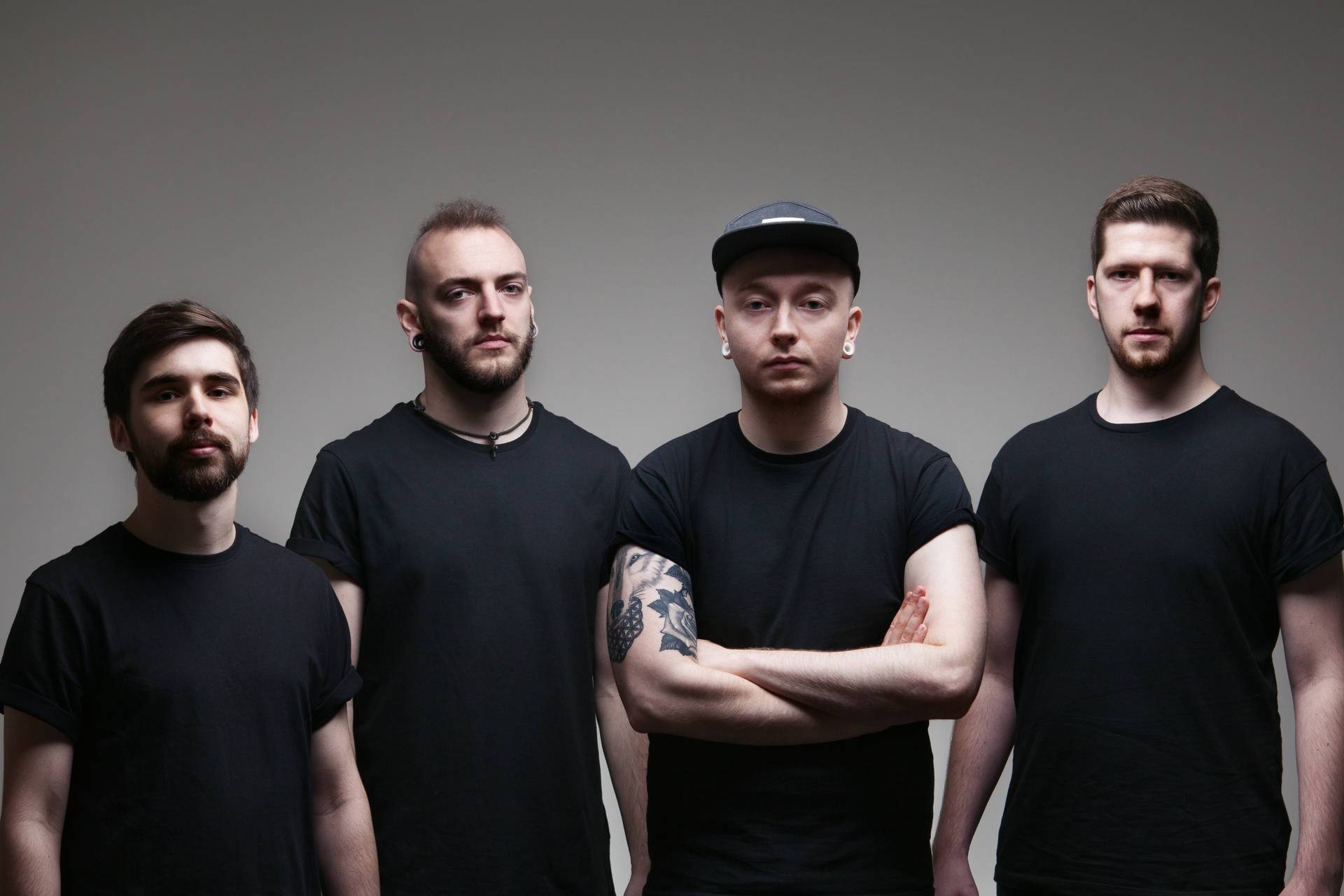 Lincoln tech-metallers Borders are getting closer to the release date of their Diagnosed EP (April 21) so we asked them to take on our A-Z challenge!

Pantera were a mainstay in our youth, the heaviness really shaped our music taste and made us realise that’s the kind of music we want to make. Energetic and heavy.

Probably getting a selection of crisps and dip, hand-rolled packaged sandwich meat and a fridge full of beer – what more do you need!

I don’t know if it can be classed as crazy, but one time Dan (our drummer) forgot to bring shoes to a show. He had to walk around barefoot in the rain. In classic rock n roll style we also nearly got kicked out of our hotel room on first night of tour!

‘Lies You Spit’ from our last EP, ‘All This Time I’ve Spent’ was an easy and fun song to write. Once we had the riff the rest of the song came out in one sitting!

Indoctrinated. This song really lets us show off some stage moves, as it has dual vocals on the verses and some really powerful, emotional sections.

I think we would all be pretty psyched to have Spencer from Periphery, we are all big fans and his massive vocal range would really provide some excellent variety in a track.

Probably the dedication and work required. Especially at the start you can put in a lot of work doing small shows to not much reception or visible gain, the amount of time and money that goes into gear and travel can really put a downer when you start out. Thankfully, we are getting out of this stage and are starting to see the fruits of our labour!

Gav in his teenage years was a government-funded trampolinist with a chance to compete in the London 2012 Olympics. Unfortunately this didn’t work out due to an injury, but this turned him to music instead!

JJ’s antics are a constant source of humour for all of us.

I think the key is to really let go and not analyse the creative process too much. See what you can come up with and don’t be too hard on yourself.

It might not be the longest distance, but we had a pretty horrific journey to London which took seven hours due to an accident on the motorway.

Monuments, we caught their set at Tech-Fest and it was mind blowing. Great energy onstage and insanely talented musicianship, they even had a Saxophone solo!

We played with Holding Absence not long ago and they really blew us away. Expect powerful, emotional music with dreamy vocals.

Probably America, would be a massive opportunity for us to reach such a huge new audience.

‘What you know you can’t explain, but you feel it. You’ve felt it your entire life, that there’s something wrong with the world. You don’t know what it is, but its there’ – Gandalf

Diagnosed has themes of mental illness running through the tracks. The idea of someone being labelled with a disorder and going through treatment was a concept we visited a lot in the lyrics.

We have a UK tour in March where you can catch us all across the country. We also have a couple of festival slots in the pipeline but nothing we can confirm yet!

Not at all. The availability and ease of music production with modern technology has really allowed the music scene to thrive. We have more underground music and way more experimentation with genres currently.

We haven’t had the chance to experiment much with this unfortunately! In the future we would love to have a Borders action figure.

Would be pretty cool to do an acoustic version of Indoctrinated, I think it would really let the lyrics shine through.

Fans mean everything to a band, without the support of anyone we would be pretty stuck.

Thankfully, we have managed to avoid any injuries!

Definitely not any of ours, we are always 100% punctual and never accidentally sleep in.

Probably a pride of lions- ferocious, majestic beasts with a strong bond and great hair.