The Blowouts are a post punk band from Plymouth. Formed in 2010, they provide a sound that is a combination of post-punk with melody. Gareth Rooke asked them an A-Z Questionnaire and there are some awesome answers… 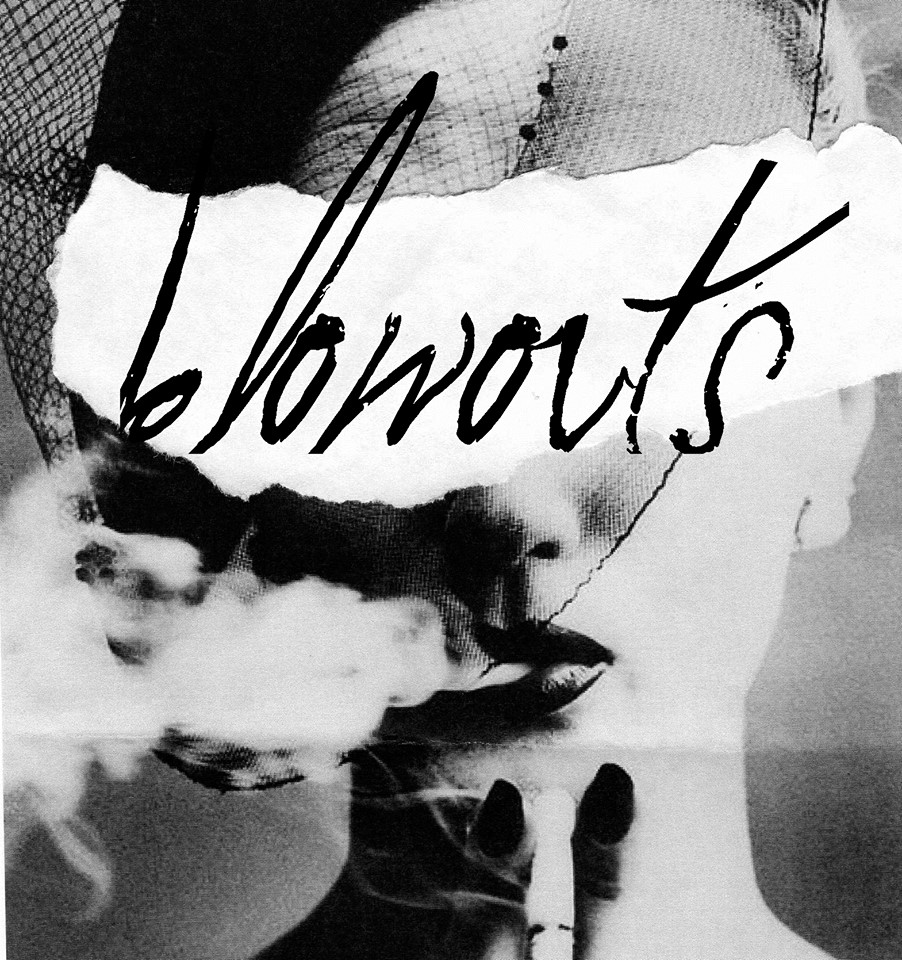 The Blowouts are a post punk band from Plymouth. Formed in 2010 they provide a sound that is a combination of post-punk with melody. Drawing on their influence from Mansun and The Cure, there is an alternative undertone to the songs providing that no two songs are the same and that they don’t stick too closely to one genre.

With their new record ‘A Veteran of Sorts’ out now, you can check out teaser here (https://youtu.be/1ut9aaCmvgo) and their answers to the A-Z questions below.

Bill & Ted films made me buy a guitar…

The first time we played Manchester, our friend Ste from Flat Back Four took us back to his house and made the hottest curry that any of us have ever eaten, that was pretty cool.

3/4 of us moved into a creepy ass house and went completely insane at different points for different reasons. With countless incidents involving bodily fluids, substance abuse, lots of blood, suicide attempts, bouts of psychosis here and there probably… can we write that? The house is the cover of the record actually.

‘I found wisdom in the war room of I don’t know/ an honest lie I prised from honest lips’ from ‘Post Trauma’.

Easiest song to write was ‘Leading Lady’. We wrote that after Braide joined pretty much in a weekend.

When Jack’s really drunk he morphs into Jacky Shovels. His hands become claw like and he turns into a magic tramp sort of character that can disappear for whole days.

There totally isn’t one. Just play.

Personally for me, I watched The Sidekicks in Exeter a few years ago, and they blew me away. I totally wasn’t expecting it. Maybe not the best musician I’ve ever seen like you asked, but the shock of what they bellowed out for half an hour was amazing.

There’s loads of great bands coming out of our part of the country. Helpless are real cool and just got signed with Holy Roar. Definitely check those guys out.

Nick Cave And the Bad Seeds would be a ‘Good Heavens’ moment.

Immediately, we really want to get to Europe in the new year. America is somewhere we’d love to try and get to though

‘There is no evidence that we’ve been placed on this planet to be especially happy or especially normal. And in fact our unhappiness and our strangeness, our anxieties and compulsions, those least fashionable aspects of our personalities, are quite often what lead us to do rather interesting things’ – Jon Ronson

It kinda sums up the record.

We’re playing our last show of the year on 2nd December in Plymouth. After that we’re back out touring in Feb/March 2016.

It’s all music. You look in the right places and all the good stuff is still there.

We only have standard t shirts I’m afraid… boring I know. I want to take a disposable camera out on tour and sell it undeveloped… Single Mothers did that and it was badass.

A swing version of the whole record

If no one came to see us we’d probably still play because we love it. If other people dig it, which they seem to, then we can only be grateful that they make the effort for us! So it’s pretty special.

Jack broke his hand mid-way through a tour. Played the rest of the shows and got it x-rayed when we got back to find out it was broken. He had surgery and everything and we slept in the van outside A&E.

If we were late, it would be a genuine accident and nobody’s direct fault haha

A bat? Misunderstood and out all night.