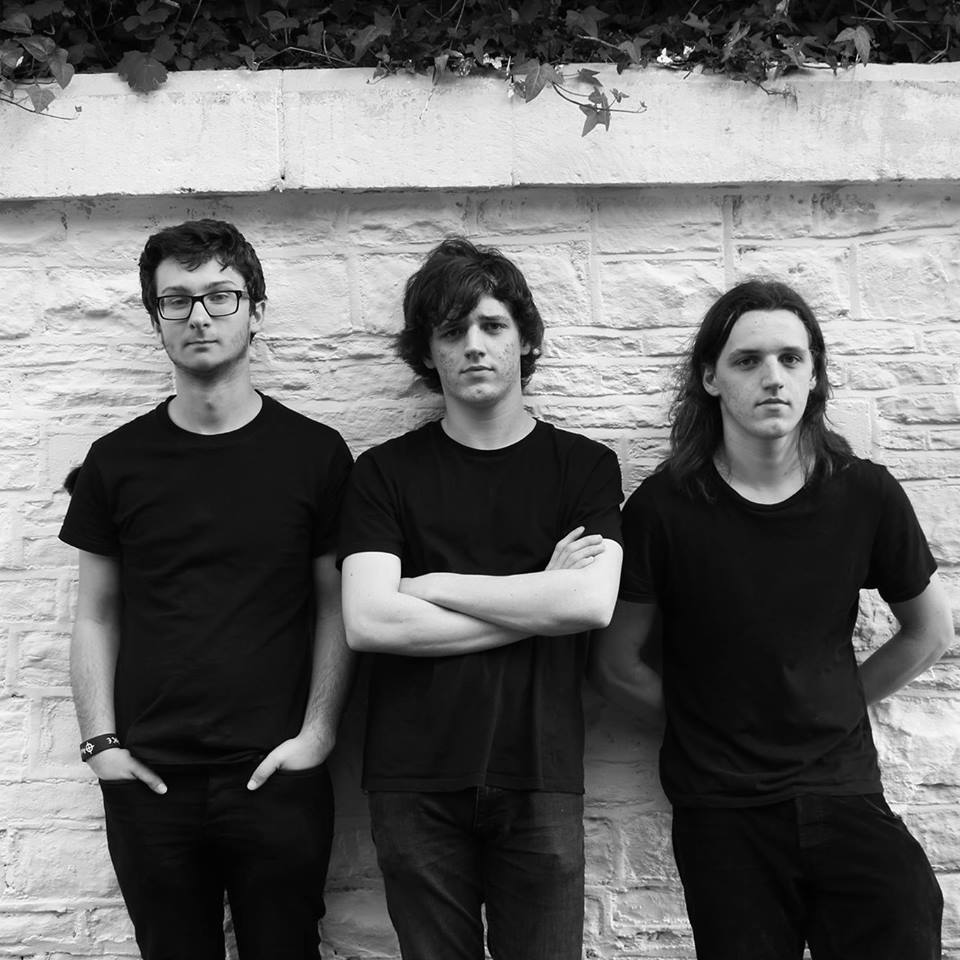 Blank Atlas formed in 2015 in Bristol by twin brothers Dan & Tom Thould with Chris Simpson. Their music has prominent 3 part harmonies, big riffs, big hooks and lots of energy. Their music is technical but still very accessible. At their shows, you can expect lots of energy, riffs, harmonies, banter and plenty of hooks. Since their formation, they have gigged relentlessly and played with plenty of up and coming bands. Some of which include; Fatherson, Allusondrugs, Press To Meco, Max Raptor, Boy Jumps Ship, Liberty Lies and many more. In 2016, Blank Atlas are releasing their single Lost At Sea. They are also releasing a 5-Track EP at the end of the year with producer, Neil Kennedy (Press To Meco, Milk Teeth, Creeper).

Dan: What I Go To School For – Busted. BANGER. When I first started ‘writing’ songs I would just sing Busted and McFly songs but change the words….. I’m a Genius

Chris: We got a lovely crate of water back when we supported Fatherson. That’s when I knew I was a real rockstar

Tom: On mine and Daniels birthday, we played a show in Bristol and after our soundcheck, Chris decided that he was gonna buy a load of party hats from the shop and hand it out to the crowd… It worked out pretty well in the end! Was quite strange seeing everyone in the crowd wearing party hats while I was playing, I guess it was even weirder for people walking into the room mid-set 😉

C: Our lyrics aren’t that deep but while we’re on the subject, we did have a song about Star Wars back in the day. So deep.

D: Our song ‘Running’ came really quickly, wrote the music in about 30 mins and finished the lyrics off in a week and that’s good going considering it usually takes me months! But I did write a song with lyrics in about 30 mins called ‘Living Forever’ way baaaaaaaaack, try and dig that one out folks……it might not be worth it.

T: I love playing Liar’s Eyes right now because it’s got all of the weird heavy bits in it which are really fun to play!

D: Rou from Enter Shikari would be sick! Take to the Skies was the first album I bought so it would be a bit surreal.

C: Starting out a band requires full dedication, you’ll have to give up all your money and time to get anywhere…

T: Urmmmm I’m just gonna point out the obvious… THE GUITARIST AND DRUMMER ARE TWINS.

C: If the song is good enough, it’ll pretty much write itself

T: Well, we haven’t ventured too far out of Bristol just yet but a couple of years ago we first played Bristol (before we moved there). So we went from West Wales all the way to Bristol! It’s not very far compared to other bands around BUT STILL. So far…

D: John Frusciante is AMAZING! Everything he does turns to gold, especially RHCP but his solo stuff is awesome too especially the album ‘Shadows Collide with People’

C: There’s a band called Tirade who have a very similar sound to us, they’re awesome! Also there’s In Dynamics. They aren’t brand spanking new, but they’re still a fantastic band, you should check them out

T: We have an unconditional love for Press To Meco and I feel like you can definitely hear that in our sound. So we’d fit quite well opening for those guys. We’ve played with them in the past and it’s been good fun!

C: A wise man once said ‘Never gonna give you up, never gonna let you down.’ I recite those words before every show.

T: Most of our titles are usually just a lyric that sounds the most like a song title. So it’s not usually that dependent on what the song is actually about. Lost at Sea is pretty cool title, right? Riiiiiiiiiiiiiiiiiiiight?!

D: We have lots of gigs in the pipeline especially later in the year to coincide with our EP release. But We’re playing in Bristol in May, so look out for when we announce that.

C: Music is subjective, anyone that tries to say that one kind of music is better than the other needs to open their minds a bit.

T: We don’t have a ton of merch, the craziest thing we had were wristbands…. So not that unusual.

D: Well when we play live we like to put little jams on the end of songs because we’re MADMEN! Watch out.

C: We’ve had people travel to our shows from miles away and some have been to gigs 2 days apart. When people make a huge effort just to see us play it makes all the hard work worth it.

T: So far there’s been no injuries, but Chris does tend to go pretty wild at our shows so it’s only a matter of time until he breaks something….

C: We asked a friend this and he said a black meerkat. Whatever that means. He said we were ‘Dark, but harmless.’ Are meerkats ever black anyway?