Exeter rockers Black Foxxes have been forging a real name for themselves in recent times. The culmination of their hard work touring with bands such as Milk Teeth and Nothing But Thieves, is the announcement of their debut album ‘I’m Not Well’. The Foxxes have created a large amount of buzz by releasing singles ‘I’m Not Well’ and ‘Husk’ alongside being acclaimed for their compelling live performance. Ruby caught up with Mark, the Guitarist and Vocalist of the band to chat about everything from their debut album to astronauts and princesses… 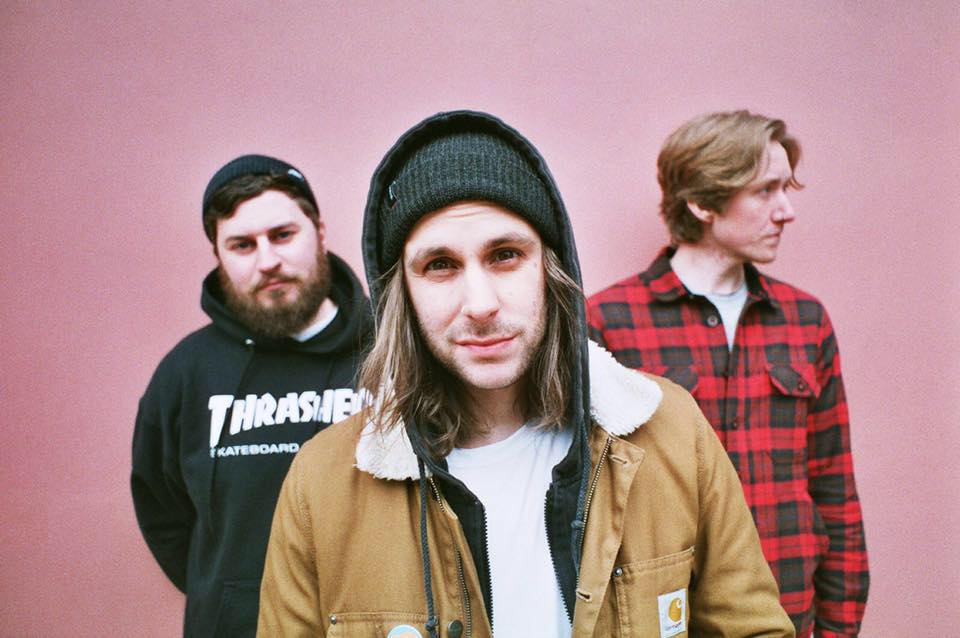 Exeter rockers Black Foxxes have been forging a real name for themselves in recent times. The culmination of their hard work alongside touring with bands such as Milk Teeth and Nothing But Thieves, is the announcement of their debut album ‘I’m Not Well’. The Foxxes have created a large amount of buzz by releasing singles ‘I’m Not Well’ and ‘Husk’ whilst also being acclaimed for their compelling live performance.  Ruby caught up with Mark, the Guitarist and Vocalist of the band to chat about everything from their debut album to astronauts and princesses…

Black Foxxes! How are you? First of all, I would like to say I am a huge fan of your music and I cannot wait for the new album to come out, I have already pre-ordered, and I’m sure plenty of others have too!

You are too kind! I’m not too shabby, I left my homework too late and am pulling a late one to get this finished.

Here at AltCorner we love to get to know the band members as much as their music. So, if you had to pick a word for each of you that describes you best what would they be?

Haha! That’s pretty easy. Ant’s would be a moaner (it’s on his twitter bio so he embraces the moaning). Tristan’s would be full time space cadet. For myself.. sassy, or fucking weird, either or. We’re a bunch of freaks. It’s boring being normal.

What were your dreams as kids? Have you always wanted to be in a band or were there dreams of being astronauts or princesses too?

This is genuinely all I’ve ever wanted to do. I started playing guitar at 7, but before that I used to record tapes of myself singing and performing fake Glastonbury sets. I’ve never wanted to do anything else. I think Ant would say the same, we met at quite a young age through different bands. And Tristan recently said “I have no burning desire to do anything”, so that’s that.

Mark, when and how did you discover that your voice was so unique? Was this the moment you knew you wanted to follow a career in the music industry?

5 seconds a go when you just said this haha.
I always used to be the backing singer in bands growing up, I was always a bit shy but knew I could sing in tune so just eventually took it on. From a really really really young age I’ve been writing songs, so once i finally decided to start my own band instead of just joining mates bands for fun, i realised i had a lot to sing about and it became a real release performing my own stuff.

We are also looking forward for your debut album to come out! “I’m Not Well” is expected to be released on the 19th August, following the release of the single of the same name. I can already safely say that it will be a favourite of mine! Can you tell us what your favourite track on the album is?

The title track is really personal to me, so I did really love that one. There’s a couple of tracks people wouldn’t have heard yet ‘Bronte’ & ‘Maple Summer’ which came out really great. We recorded with Adrian Bushby, and not only is he the coolest guy in the world, he’s also the best producer I’ve ever worked with. That doesn’t really say much does it considering this is our first full length album? haha, but i can’t imagine anyone will be better than Ade. That guy is a fucking legend, and he captured what our band was about instantly. I had a lot of fun making this record.

What kind of sound can we be expecting to hear from the album? Who were your major influences when writing and recording this album?

It’s just us. We don’t really fit into a mould or a bracket at the moment, we see people trying to make us fit into one, but we’re not doing what these other bands are doing. The content of this album was really hard to write about for me, but it was a natural and honest process. It’s not an album about my first crush, I really hope this album helps people like music has helped me. If anyone influenced this record I’d say Neil Young, Ryan Adams, Grohl, Bowie, Radiohead would all be in that pot.

Next up! When can our readers, and myself, start getting excited to see you guys on tour? I saw you support Nothing but Thieves in Bristol, it was the first time I’d listened to you guys and I’ve been eager to see you since!

We’re obviously super busy over the festival period this year, we recently got announced for Riot Fest in Chicago which is all blowing our minds. Before the end of the year we’ll do a short run over here for sure.

You’re on the line up for 2000 Trees this year! I’ll be attending! Are there any bands in particular that you’re excited to see? I can think of loads myself!

The AltCorner team are looking forward to seeing you there! Finally, to finish, is there anything that you would like to say or want our readers to know?

Did you know that Swifts will often go years and years without ever touching the ground! They sleep on the wing, they’re the only bird to do so. Ciao

p.s. it would be swell if you picked up our album, pre-orders are available now (my manager made me add this bit).