I had a chat with James Alex, the vocalist from Philly punk band Beach Slang, ahead of his 2000 Trees headline set on The Axiom stage later that evening. We chatted about UK festivals, Riot Fest and the benefits of a tumultuous couple of years for Beach Slang You haven’t had too much time at […] 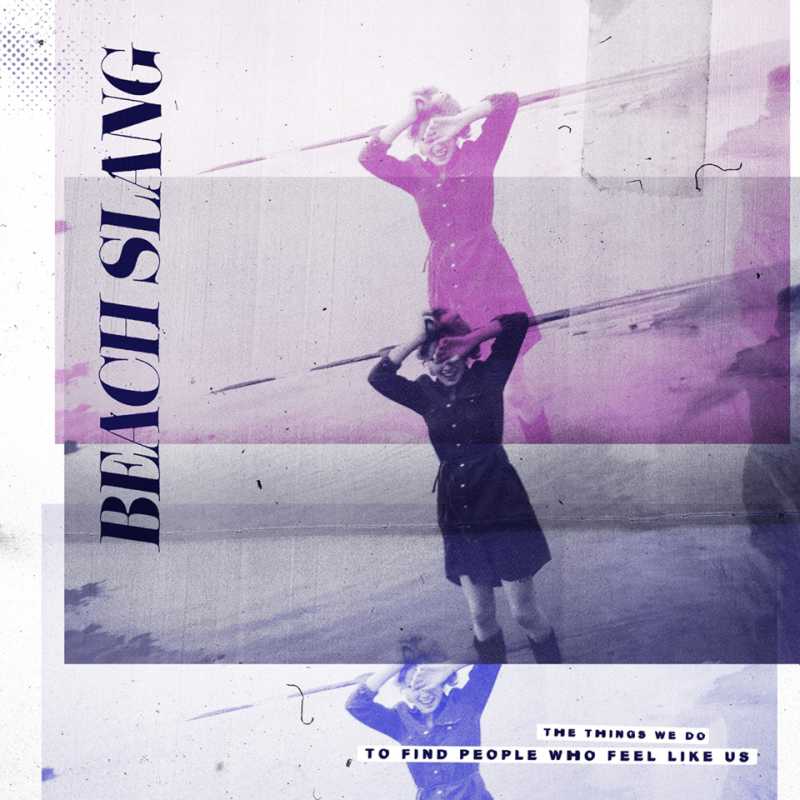 I had a chat with James Alex, the vocalist from Philly punk band Beach Slang, ahead of his 2000 Trees headline set on The Axiom stage later that evening. We chatted about UK festivals, Riot Fest and the benefits of a tumultuous couple of years for Beach Slang

You haven’t had too much time at the festival yet unfortunately?

Yeah as soon as we arrive at festivals we have a couple of hours with press then we like to wonder round the site.

You’re one of the highest placed American (foreign) bands on a heavily British festival what’s that like?

It feels pretty incredible. It knocked me back when I first got the poster. I think this is the highest we’ve ever been billed on a festival. I remember I called a friend right away and said “we’re in big type on this one”. So it felt incredibly special. I mean the UK has been incredibly supportive of us, almost right out of the kick. So it’s like to now be here is awesome. All our friends say this is their favourite festival, and to have that much of a nod to us is pretty right on.

Do you feel a bit of pressure as you’re clashing with one of the headliners?

You’ve got an acoustic set later on tonight as well, how do approach that differently to a full set?

I love them so much that it’s pretty easy. I get quite excited when people ask me to them. Because we’re so defined as a loud, sweaty, drunk band that I forget that people are Ok with the quieting down and it getting more tender. I get quite excited with it and go into it that way as I would a live show. There’s something kinda nice about being out at quarter to midnight in the countryside playing soft songs. So I’m pretty ready for that tonight for sure.

Are there any bands on the lineup that you’d recommend checking out?

The person we’re doing our next big headline US tour with is playing here and I was just gonna say that but I’ll get in trouble with everybody. Our friends from Muncie Girls are here, and the first time we ever played the UK Dean from Muncie drove us around. We played Nottingham with The Wonder Years and they’re here tonight, so excited to hang out with them. The Front Bottoms I just absolutely love. We did Reading and Leeds with them last year and I got to see them and thought they were just phenomenal.

You played Hyde Park with Green Day last weekend, how was that?

Phenomenal. It was a 2 part mind bender. The first part was they invited us to come over. A couple of friends of mine were like did you see this Billie Joe spoke about Beach Slang for guitar player magazine. He talked about us being one of his favourite bands in some other piece of press he did. I couldn’t believe it. It’s Green Day you know. So when they asked us to come over it was incredible. And the show itself was mad, the reception was great. London has been good to us. The UK has always got we do quickly. The UK is definitely more open to giving new bands and new stuff a chance. We go to a lot of places and that’s not always the case. That’s why we keep coming back.

It’s been a year since you released A Loud Bash of Teenage Feeling. What’s your reaction to the reception of the album?

I was pretty excited. I always thought the first two EPs and first two LPs were sister records, and held a narrative. And now that’s closed. So the record felt complete. People were excited about it and it got us on the radar of some bands and artists I adore. Now I’m excited as I can now move on from that and go in some really awesome directions for LP three. I’m quite excited to see how it lands. But it’s been a good year touring the album.

You talk about the balance of the universe. 2015 felt like a car crash, an emotional wreck. And then 2016 came along and was like, “you know what I like about you? You didn’t quit you didn’t stay down.” It kind of picked us up and dusted us off and gave us a hell of a year. I suppose we’re too dumb to know when to give up, when to stay down. Maybe it’s that Philadelphia thing where we’ve watched Rocky too many times as kids. We like that underdog thing. We have that gentle tenacity, we just keep getting back up.

We love it too much.

What am I gonna do?

Go be an accountant

I’m just trying to make this work. It feels good. We feel like we’re back. If you crash into something and you wreck out and something feels really horrible and bad, it almost always leads to something better. It is meant to be, even though it’s a hell of drag. The bands better, creatively and professionally and just personally. I don’t want to talk ill of the past but it feels good man.

You need some adversity and strife. What doesn’t kill us makes us stronger. This is a perfect example of that.

We go home we play a couple of festivals there. In August we go up to Canada to play this huge festival that I’m totally terrified to play. And then in September we play the Made in America festival. We get to play with Jay-Z which is really cool. Then we travel for two weeks and we get to play with Jawbreaker. I can say this now they asked for us to be on their stage on their day. Adam from Jawbreaker, the drummer, has really championed us from the beginning. I can’t believe that I can get the chance to see heroes of mine that closely. Then on October we go on a six week tour, the one I couldn’t talk about.