Autøne take on the A-Z challenge!

Autøne consists of vocalist/guitarist Jas Harding, bassist Jack Hoban and drummer Jack Hawley. The North Walean electro-rockers combine powerful female vocals with metal riffs to create a great blend. We challenged the trio to take on our A-Z questionnaire! A song that made you want to make music? Killing in the name of RATM. Best […] 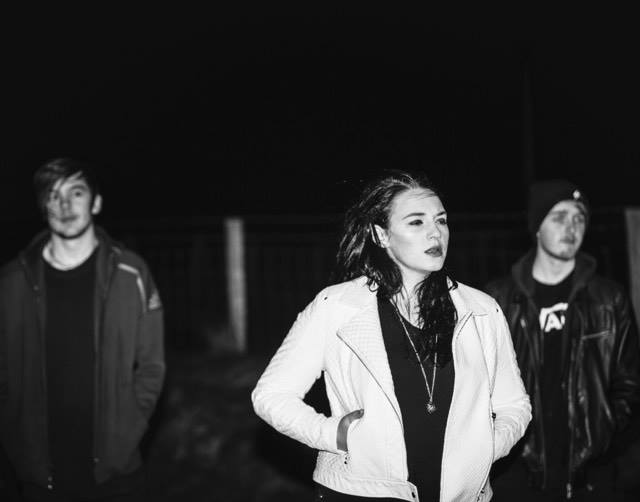 Killing in the name of RATM.

Reaching 17th on the iTunes rock charts was super rad!

Pretty Much the whole of accentuate and determinate. We really like the message

Systems took an afternoon. I sent it to our producer the same day. Done and dusted. It’s weird how sometimes you can’t write and other times it’s like you can’t stop!

They’re all pretty tough to sing but for me personally Systems. I don’t really play much in that one!

Lzzy hale, Dave grohl.. SO MANY.

Staying dedicated, finding members willing to jump on the crazy train. Accepting the fact you’ll always have good shows and bad shows. Sometimes it’s hard to get motivated if you’re ill or whatever. I don’t like to talk money but it’s a massive factor. All about keeping everything fair. No matter what role you play.

We don’t really have jokes. We talk in Australian accents quite a lot. Mate.

I can name a few, Jenna McDougall (tonight alive) is a very nice person to talk to (as are the rest of the boys) , very spiritual and I love the way she treats the fans. The whole of the halestorm crew, I could talk gear with joe all day. Lzzy is just so honest about everything, she really sets the bar when it comes to fans as there’s not a lot she won’t share!

Holding absence. They’ve got some tunes out at the moment! They’re killing it in the scene, shows all over! They love what they do and I can see them getting huge.

It’s about accentuating the good and getting rid of the bad.

Pretty much everywhere uk wise next year. If they’ll let us. We’ll play!

I think music is always going to recreate what our peers once did. But we have a lot more technology so that opens the doors to different sounds and ways of recording! So I think modern and older music are both just as good!

How cool would guitar straps be?

Maybe have a guest singer!

Everything! We are theirs! We will go as far as they want us and push us to!

Band related no! Lots of broken bones between us though!
I cut my hand open constantly playing, bad backs from carrying gear? Not very impressive!

HARAMBE! because even when we get shot down, we live on! (Too far?….)

Check out the band on their socials: