ASHFIELDS chat about We Don’t Talk

ASHFIELDS are an upcoming indie-pop band you are undoubtedly going to love if you’re a fan of Nothing But Thieves or Arctic Monkeys. Staring in Nottingham, ASHFIELDS have an ever growing fan base of dedicated followers. Last year they released their brilliant debut EP New Skin and have supported Biffy Clyro in the past after […] 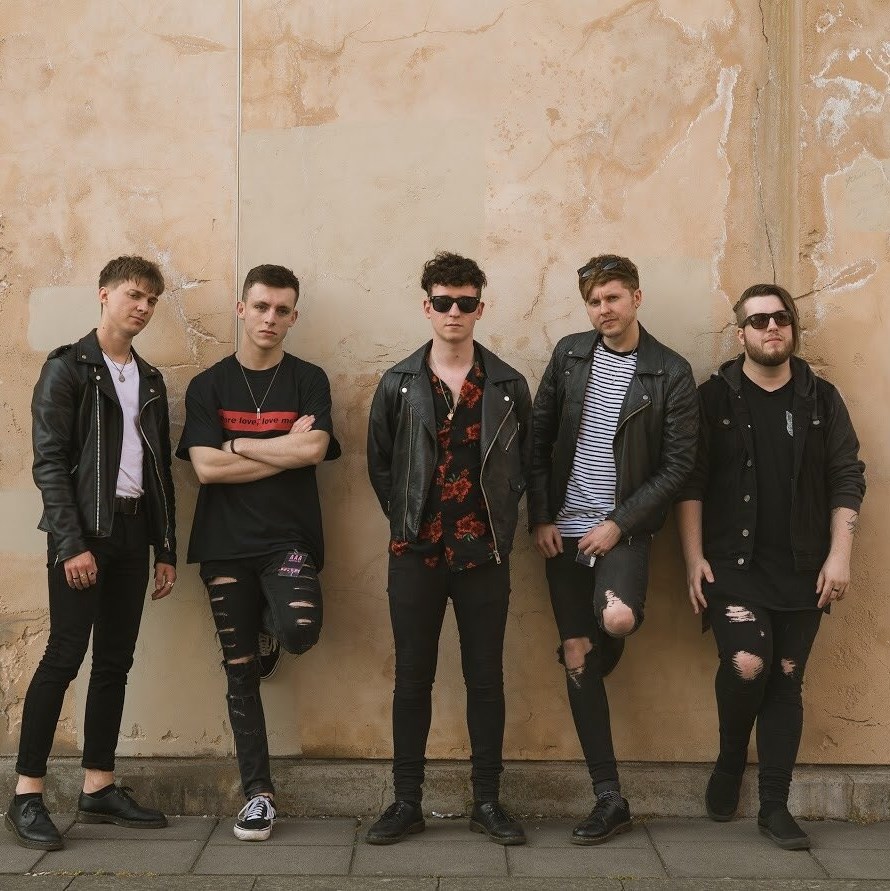 ASHFIELDS are an upcoming indie-pop band you are undoubtedly going to love if you’re a fan of Nothing But Thieves or Arctic Monkeys. Staring in Nottingham, ASHFIELDS have an ever growing fan base of dedicated followers. Last year they released their brilliant debut EP New Skin and have supported Biffy Clyro in the past after winning Firestones’ Battle Of The Bands. They also have a gig coming up at the Rescue Rooms in Nottingham on 16th June.

We caught up with ASHFIELDS to talk about their newly released music and what else they have coming up.

How has the release of your latest single We Don’t Talk gone?

It’s been literally insane, we knew in ourselves that the new direction in genre was the right way to go but in the back of our minds we weren’t sure how fans would take it. All the feedback has been really positive and I think the message came across well with what we wanted to say.

What was your inspiration behind the new single?

I think when Carl was writing the lyrics he wanted to talk about mental health and how the struggles are there but it’s not always noticeable. We all have a massive space in our hearts with mental health and getting the word out there has been very important to us!

Did you have a particular writing process for We Don’t Talk?

Here Carl, I’ll let you take this one;

Bonjour! I think when I wrote this I was in a place where I was in my own head and I had to turn to Tommy for help, it then got me thinking like what if Tommy wasn’t there and I didn’t have that person to talk to. It started with the lyrics I guess then as normal because me and Tommy live together, I showed him, we wrote some guitars to it, took the track to practice and the gents did the rest.

How would you describe the sound of ASHFIELDS?

We are like if Kings of Leon, Nothing But Thieves and Catfish and the Bottlemen made a really ugly looking baby, that ugly baby would definitely be us.

Are you looking forward to your show in Nottingham you have coming up?

Rescue Rooms is always an incredible show and being our hometown there is always absolute scenes in the mosh. Our Nottingham fans are up there with the best of them, we’ve been practising really hard and adding new bits to the set to make it really special so yeah, really looking forward to it.

The funniest thing to happen on a previous tour?

I mean, there is a story about Dev putting too much confidence in a fart just before going on stage at Leeds, but he will probably be mad if I tell you that, oh wait, I just did, unlucky Dev. I think everything we do is funny to us, that’s what it’s all about; being on the road and having a laugh with the boys.

If you could tour with anyone who would it be?

Kings of Leon for sure, an absolute dream, but I think getting on tour with anyone is a great achievement, so in that respect, if you’re reading this, we are free through August and September, hit us up yeah!

Who would be your dream collaboration and why?

Dolly Parton because I think it’d be absolutely crackers, you tell me that wouldn’t sell? Exactly, you can’t.

What’s the craziest moment of your career?

I think being asked to support The Libertines to 30,000 people was pretty crazy, I hung up the phone at first like ‘this joker, got to get up pretty early to fool me’ but no our manager rang back and was like ‘Carl don’t hang up I’m being serious you tool’.

If you could play any UK festival which would it be?

Glastonbury 2019 would be a shout, we’ve got some mad festivals on the way this year but deffo Glastonbury is a dream!

What are your hopes for the rest of the year?

I think my biggest hope is that the van passes it’s MOT, we’ve got so many festivals and tours, up and down the country, we just hope we can keep that momentum going and keep growing as a band!

Check out Ashfields‘ new single We Don’t Talk below;